This is one of the things I was looking forward to the most when I was planning our Cancun activities. I love animal encounters and swimming with whale sharks was a very exciting idea for me.
However, this was the one activity and one day when I didn’t end up enjoying AT ALL.
Let me tell you why: IM A HOPELESS SEASICK GIRL!
I already know I get seasick so I took seasickness tablets before the trip (and yes, I took it at the right time). No effect.
The tour company picked us up at 7AM in our hotel and dropped us at  Puerto Juarez. There, we were formed in groups of 8 , put on our wetsuits, and hopped on to the boats.
The waters were choppy as hell.
And I swear I must have passed out on the boat. I felt even more sick when I saw other people on the verge of throwing up.

That’s me all worn out. Even when the boat has stopped for us to hop into the water and swim with the whale sharks, I just had no energy. My insides were beaten over and over.
I did jump in once, and even that was so stressful. I didn’t like the way they did it.
There were about 20 or more boats in the area, and each one would radio the other when they sea a whale shark spotting. THEN all these boats would try to circle in the poor distressed creatures 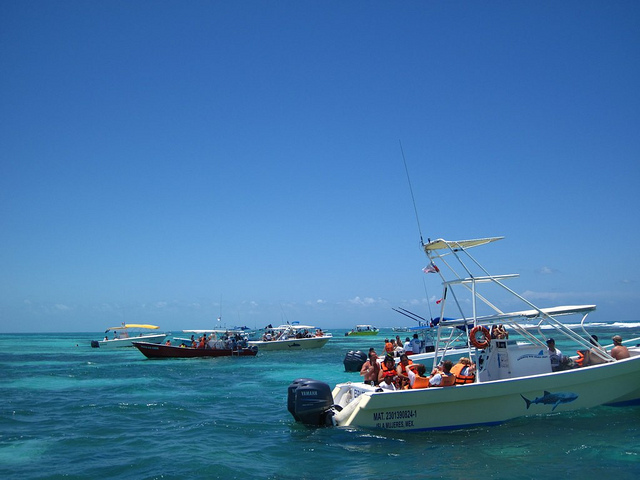 And once the boats have kept up to where the whales are, you have to dive QUICKLY before the whales move to another area–and believe me they move out quickly because hello? they are stressed! 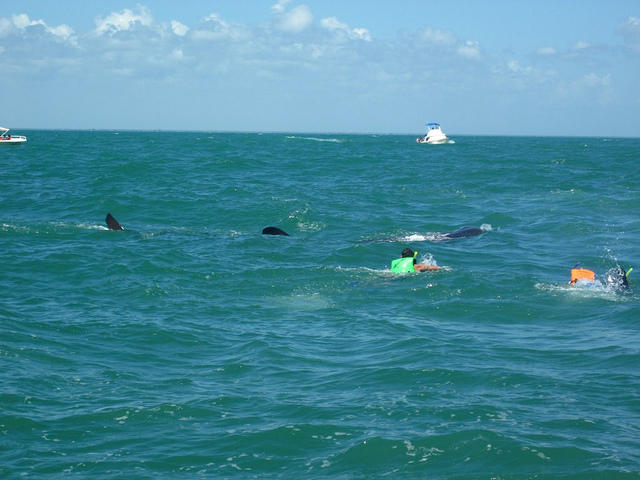 Stressful for both humans and animals. You pretty much have to swim fast to keep up with the whales because they are busy trying to escape the boats!
And they can only allow 2 people to dive at the same time so you it was like a chaotic clockwork routine.
In the mad rush, these are the kinds of photos we were able to take

Zombie was able to take videos but they are like underwater blair witch (whale hunt instead of witch hunt)
I think we were allowed about 8 dives.  Zombie dove all those times, while I just couldn’t hack any more of the chaos. (not to mention I was extremely seasick.
The boys on the boat soon made fresh salsa 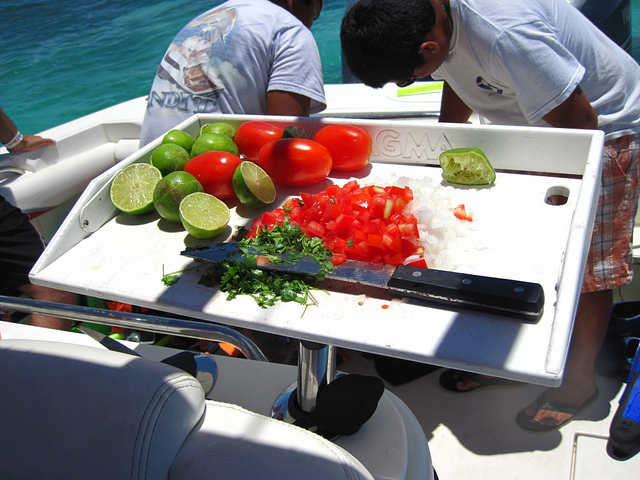 so that made me happy for a while 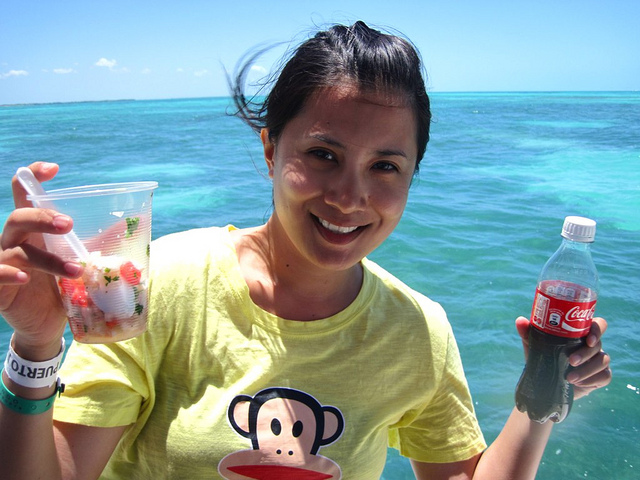 you can tell that beneath the tan, I was so pale and seasick.
After lunch in the boat we were happy to head back to land. 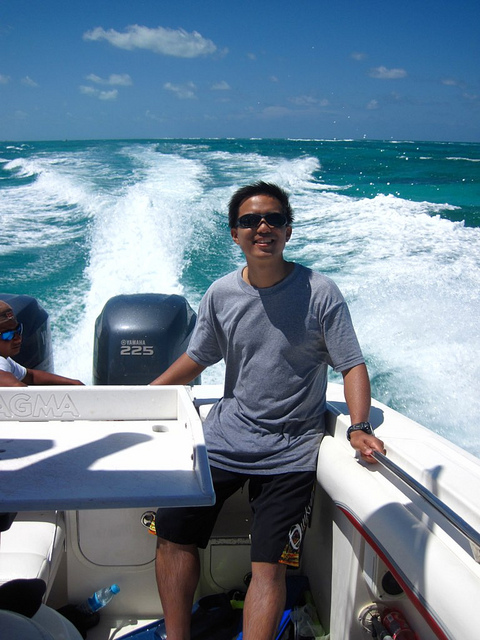 I have to say I was really disappointed with their method of trying to swim with the whale sharks.
I’m not an expert and I don’t have a better suggestion, but I thought at this day and age, there just has to be a better way to organise a whale shark encounter.
I found this to be kind of a very forced situation. Oh well maybe on my next vacation.