Hey-lo! I’m going to take a break from writing about my US Road trip for this post. Let me tell you about my fantabulous weekend in Melbourne. (27-28 October 2012)Last July, I entered a contest held by Nuffnang Australia.  The West End at Crown launched Lumia’s new Shrub Cocktails. I wrote about which Shrub Cocktail caught my fancy and why.The prize at stake was flights and accommodation for 2 , to Melbourne, 1 night at the Crown Towers (including late checkout, Wi-Fi in room, dinner and drinks at the West End, and Limousine Transfers)–all worth $2000.00!I was beyond thrilled when Holly Thomas of Nuffnang contacted me a few weeks after the contest to advise me that I won!
This was back in late August, I was about to leave for my long holiday so I set the Melbourne trip for  late October.Well here we are now back from our fantabulous Melbourne weekend so let me tell you how it went!

We flew Qantas, and coincidentally I had invites to the lounge given by my work so we used them for this flight.

I have flown in and out of Sydney quite a number of times now but I’ve never seen Sydney’s shoreline like this from above. I found it quite stunning.

Now on to Melbourne skies. You know how they say every cloud has a silver lining? Well the weather in Melbourne was overcast and dreary when we landed. However just moments before landing, this is what the skies looked like:

A-ha! So this is where all that sunshine was hiding! that bed of clouds is just amazing. I was half expecting to see cherubs shoot out of nowhere, welcoming me to heaven!

Speaking of welcomes, this is what welcomed us in Melbourne when we touched down. 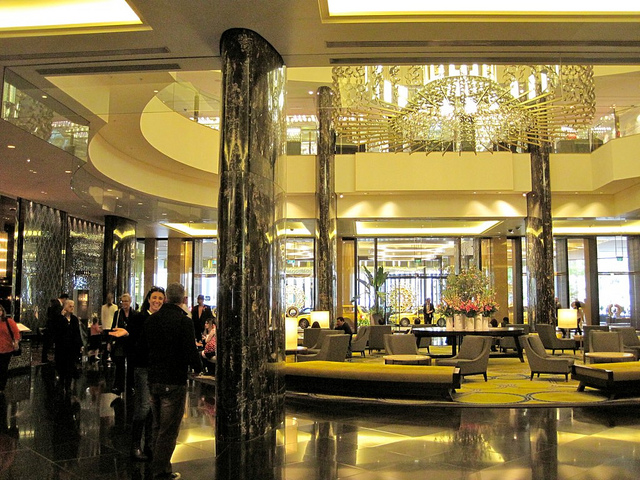 Check in staff was very efficient, most especially this young man in the photo whom I had the pleasure of dealing with. Despite being a trainee at the time , he showed exceptional customer service throughout our stay.
We were given a room on the 28th level.
And now let’s step inside the room shall we? 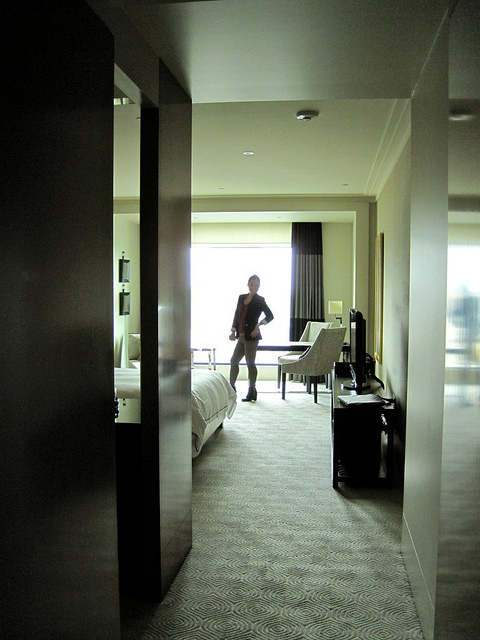 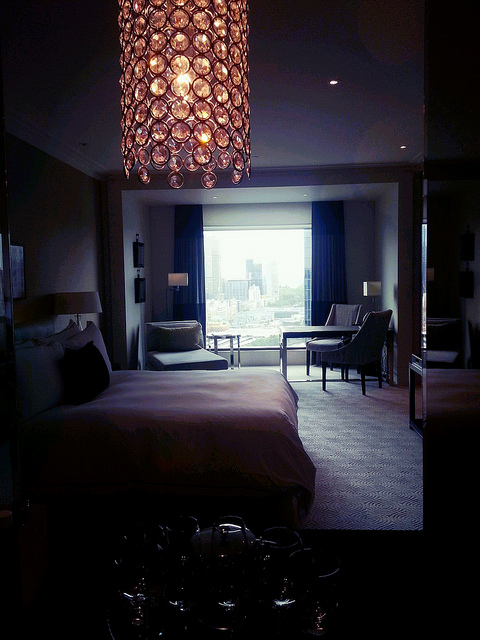 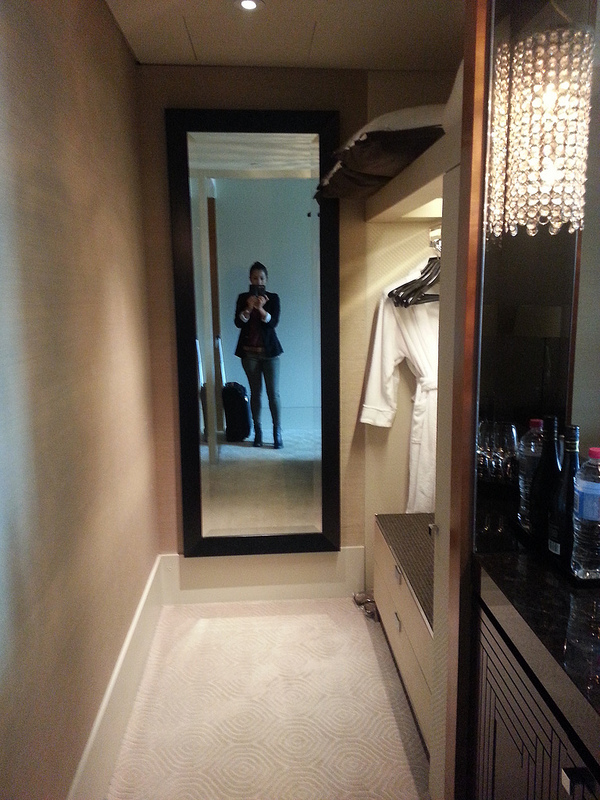 I love this dressing area. Not your traditional closet.
We had the perfect view of the city too 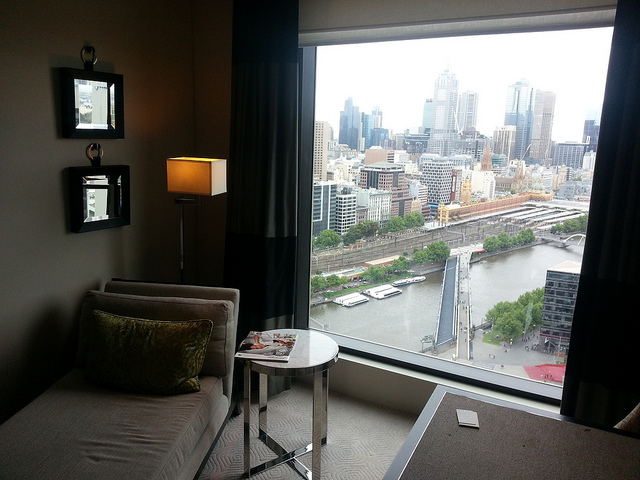 And my favourite part of the room? 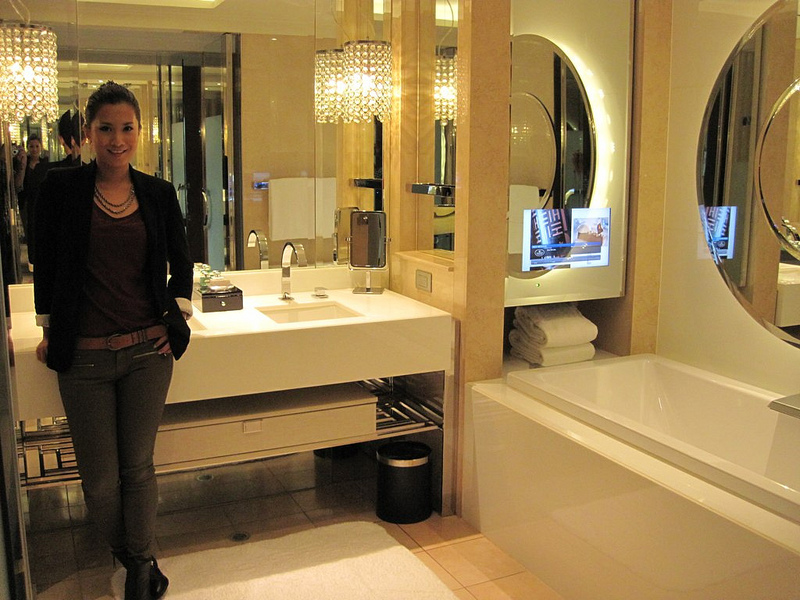 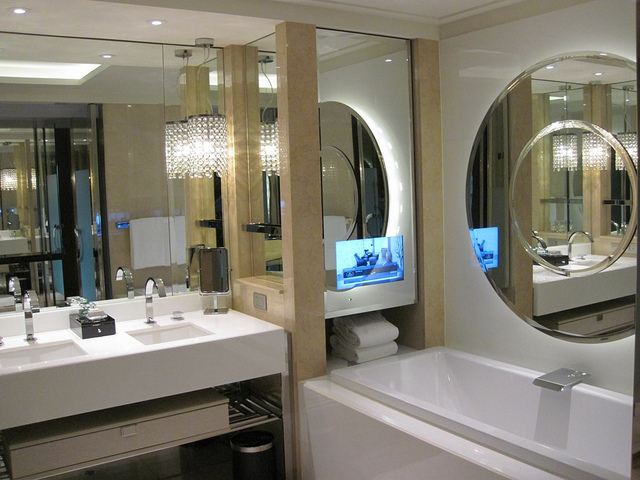 Without a doubt one of the best hotel room bathrooms I’ve seen and been! The toilet and shower (rain shower type + wand) are 2 separate areas to the left side of the bathroom. I spent ages and ages in the bathroom-getting longer then usual to get ready..because this bathroom is just so glam and cozy! It didn’t help that there was TV in the tub too.

And then we saw that the Crown Towers General Manager gave us complimentary chocolates and a bottle of champagne. 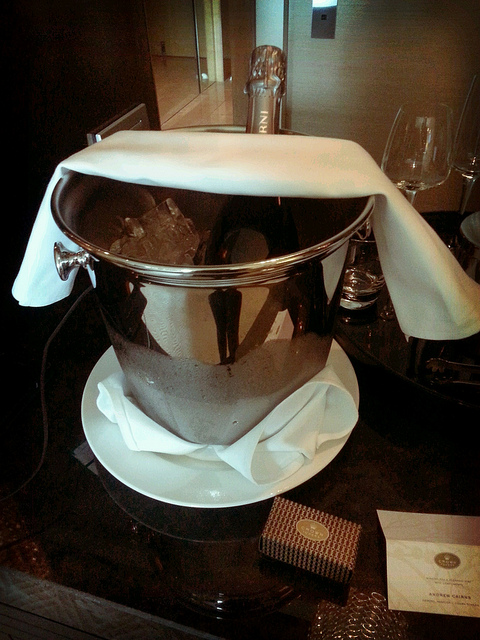 What a wonderful welcome to our stay! We freshened up a bit and headed down to explore the Crown.

The hotel has a casino (The famous Crown Casino) and is connected by annexes that lead to luxury, high end shopping and West End towards the opposite side, the new hip and happening place to be at the Crown.

The Crown also houses major luxe brands. I noticed most of the shoppers were tourists. Definitely not your usual high street names here. 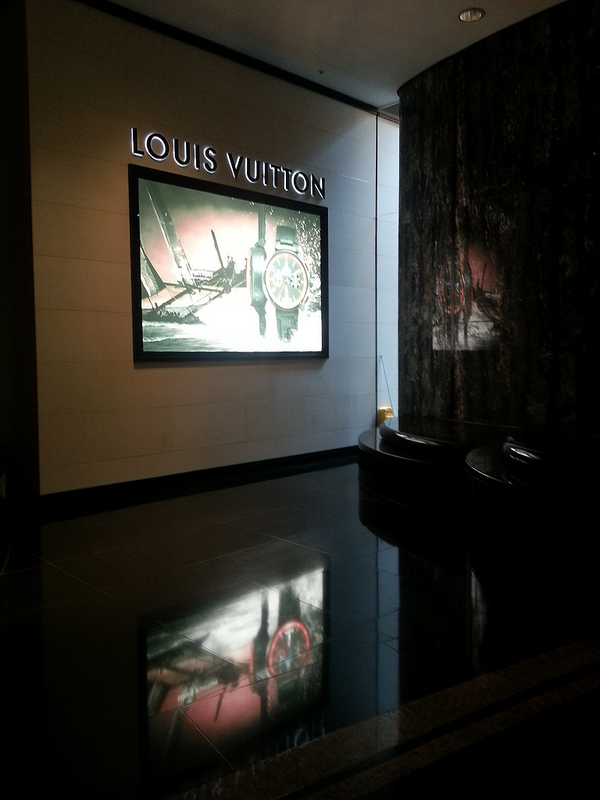 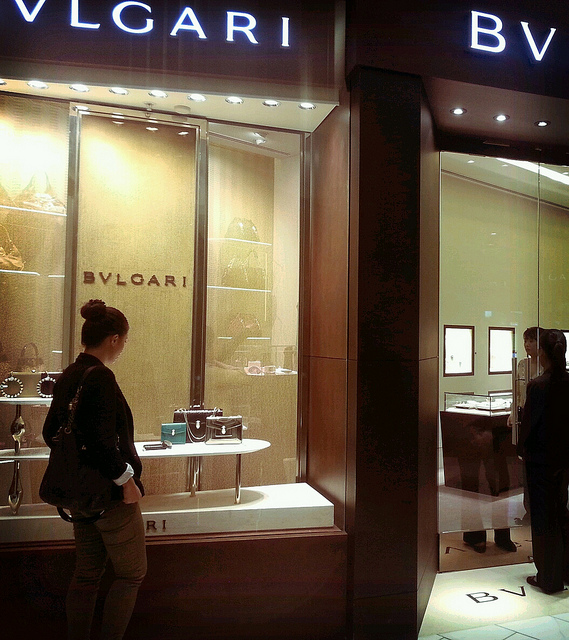 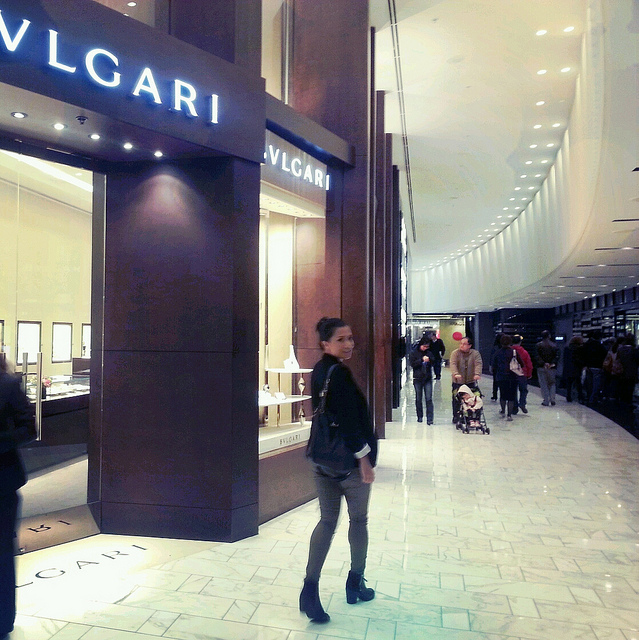 We grabbed afternoon tea at one of the cafes. Had this wonderful foccacia bread strips with a quad of natural dips. Yum!

We wandered about some more, and also played abit of Roulette in the casino, we headed back up to the room and got ready for dinner.

A couple of hours later, managed to scrub up for dinner and drinks. 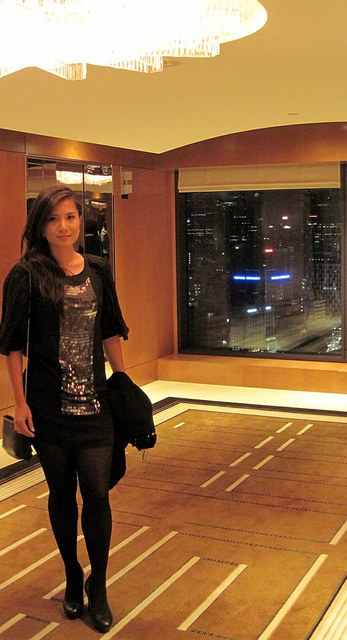 We didn’t need to venture very far. Walking towards the West End, there were numerous restaurants, varied enough to suit everyone’s taste. Both my husband and I love seafood so we hit The Atlantic. 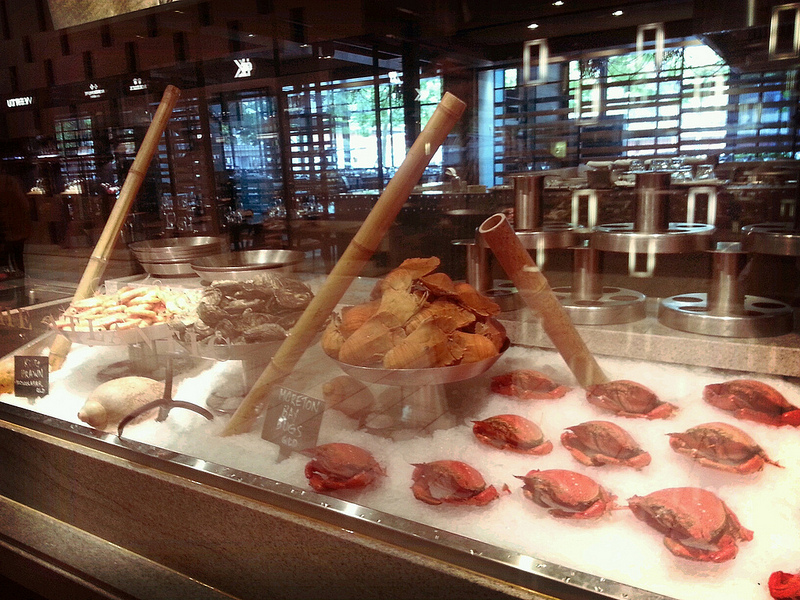 My roasted baby barramundi in orange sauce was just divine. Barramundi has a naturally sweet / almost salty taste, and the baby one is just so tender. Ok I think I sound quite savage talking about eating a “baby”–they aren’t really babies, just (way) smaller than a full grown adult barramundi , so maybe a yuppie! My husband had fillet of snapper. I tried a bit of that, it was also good but I preferred my barramundi.

After dinner, we headed for the West End, where Lumia is. 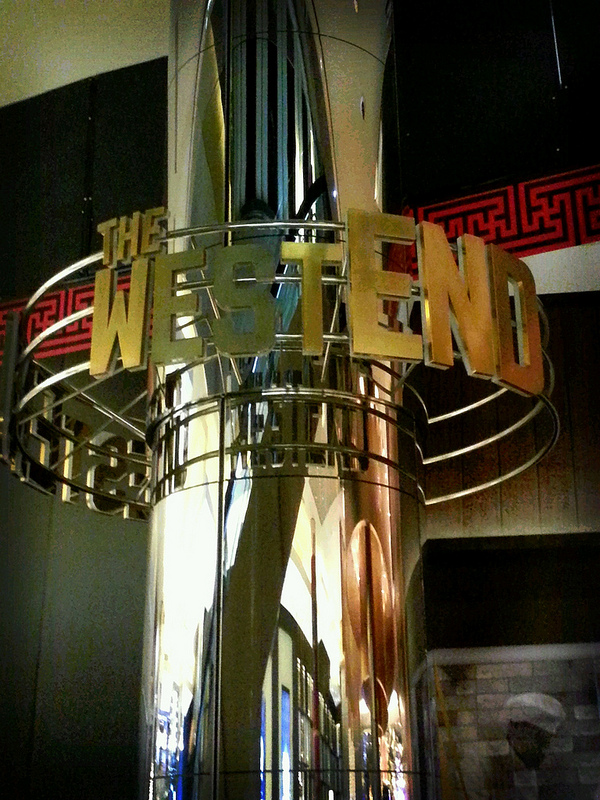 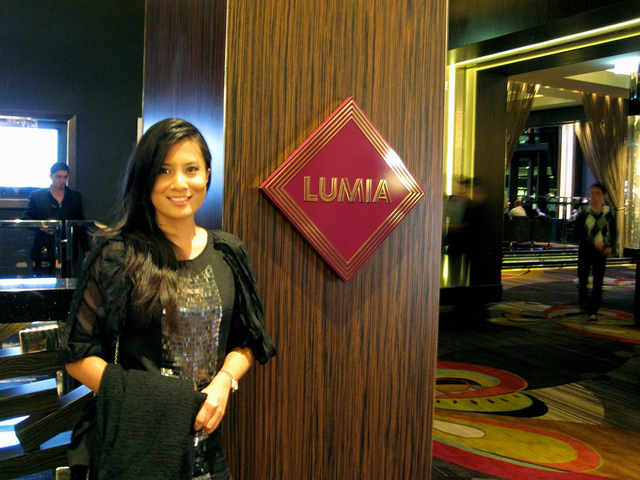 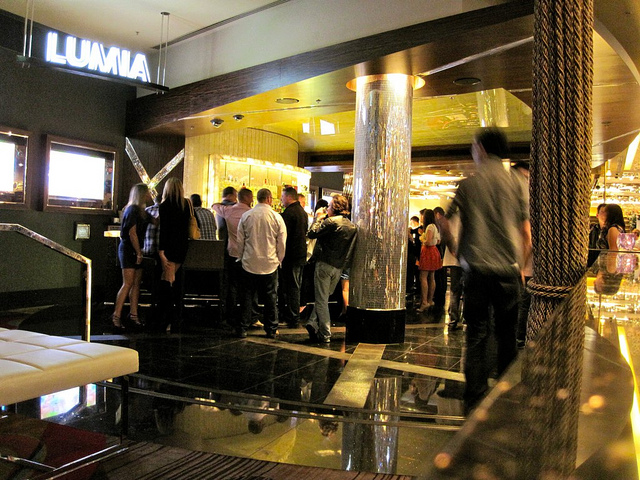 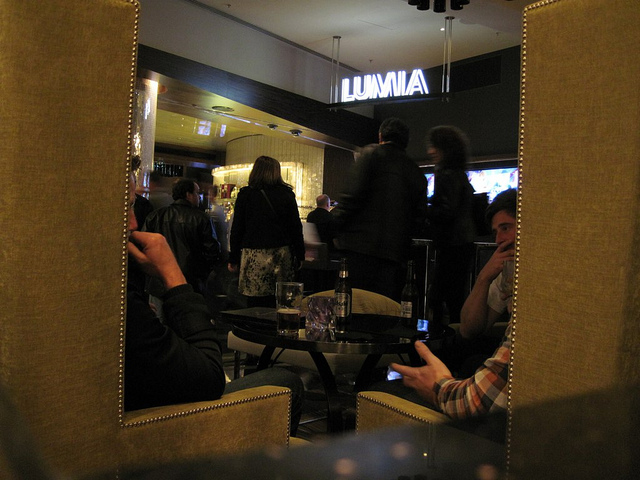 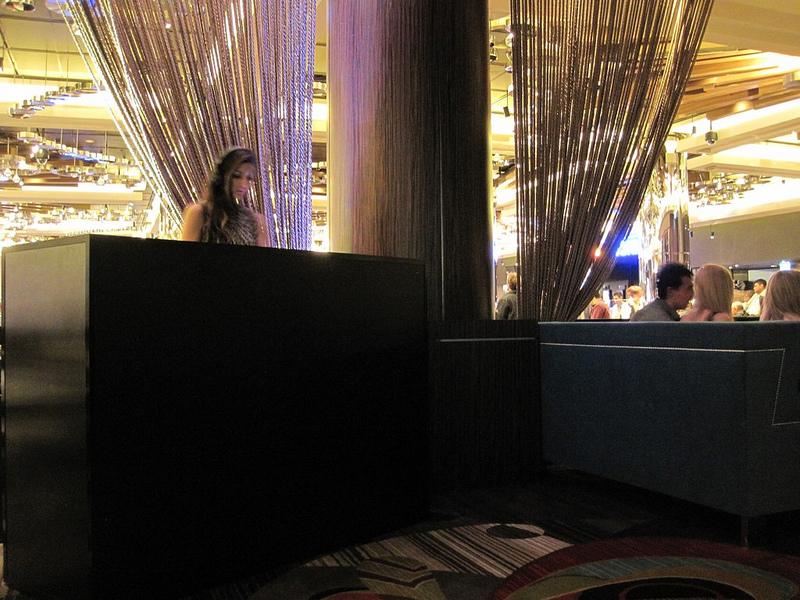 I loved Lumia’s ambience. It has a very large and spacious seating area, and also an outdoor patio. And this is all in the middle of where the casinos are. So it’s very open and not closed in. It was a Saturday night so it was pretty busy. 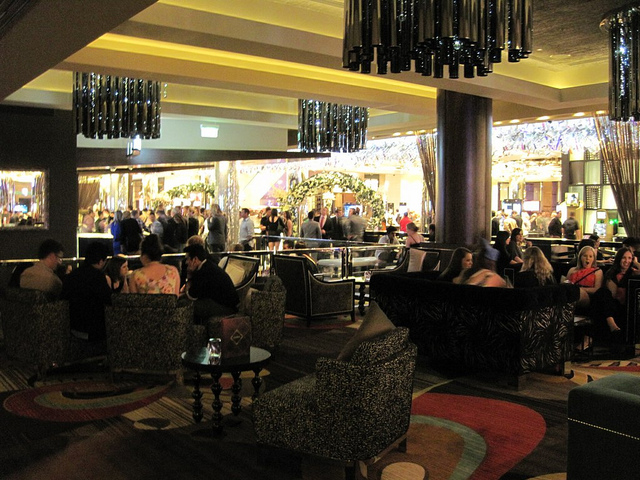 And finally, the drinks! I was so excited to try the Shrub Cocktails. I tried to order my drink entry but couldn’t find the name in the menu. So I ordered the closest thing to it–a Brazilian Martini. I actually think it was my pick, just with passionfruit added in the mix.  Well, regardless— I totally loved it! it was so coconut-y, so warm and “rum-my”, it sent me back to Tahiti on the first sip!

My husband is not a big drinker so I owned “his” drink, (which I chose for him too), a White Chocolate Martini. This one is a mix of vanilla, white chocolate and strong mint liqueur.

Lumia also had a line of Dessert Cocktails and I couldn’t resist getting the Cookies and Cream.
It was really good too! Definitely not the cookies and cream that kids know. This one was like a cross between a chocolate mousse with oreo bits + tiramisu. Now imagine that in a drink. Dessert cocktail indeed !

If you are a lucky Melbournite, or even if you are just visiting Melbourne, I would definitely suggest you hit the West End–you get all the good stuff Melbourne has: Good food and drinks, shopping, casino, and a more than fantabulous place to stay.

We did abit more of Roulette in the casino after that, and finally called it a night. Nuffnang and the Crown were very thoughtful enough to give us a late check out. We definitely needed it with all the fun activities we had the day and night before.

Well kids, its true what they say: all good things come to an end. We soon had to check out of the lovely Crown Towers. But of course not before getting a “goodbye” photo op at the mirrored wall:

Ashley from the limousine service picked us up, and we bid adieu to the lovely staff of The Crown Towers 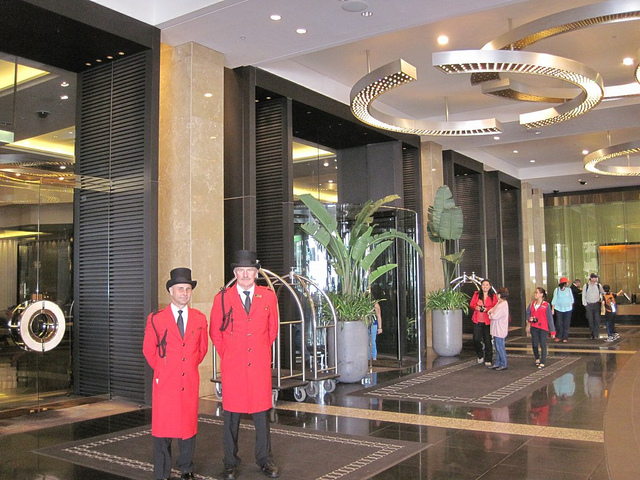 In no time we were arrived at Melbourne Domestic Airport (Tullamarine) 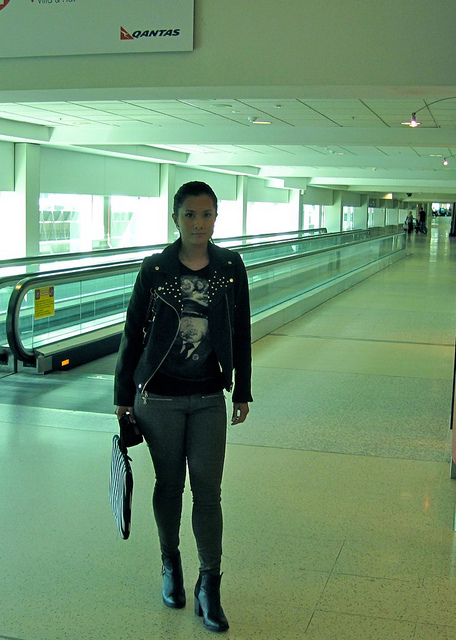 And before I knew it, I was on board a 767 to fly me back to sunny Sydney. 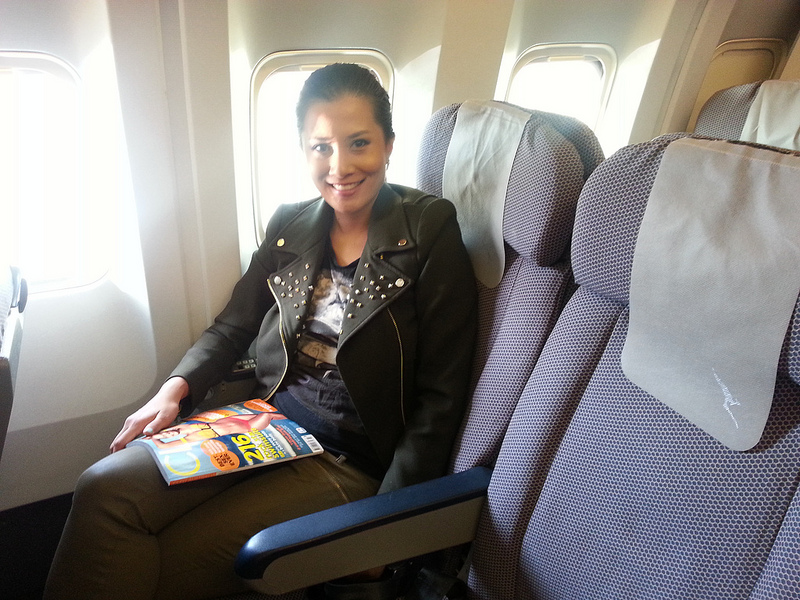 What an awesome grand whirlwind of a weekend it was! I could not thank Nuffnang enough for this opportunity. I also extend my big thanks to The West End at Crown, and Crown Towers Melbourne for ensuring in every way possible that we had the best of time.