We left Wyoming late in the morning. It was also during this time when the US Embassies in Libya and Egypt were attacked by demonstrators (the worst resulting to the killing of the US Ambassador to Libya and 3 other Americans in Benghazi).

So as we drove, we passed by places that had the American flag half-cast. 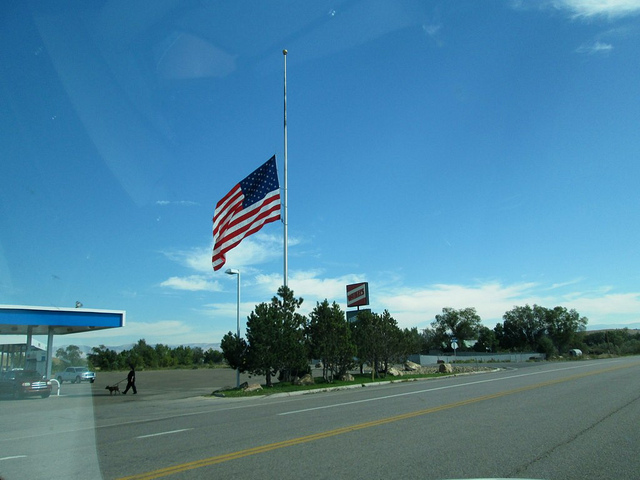 Other than that sombre factor, the drive was very smooth and pleasant. As our journey took us further south (From West Glacier to East Glacier , to Yellowstone, then down to Wyoming, then Utah)– I found the weather more and more to my liking. I definitely enjoy warm (not scorching hot) places! 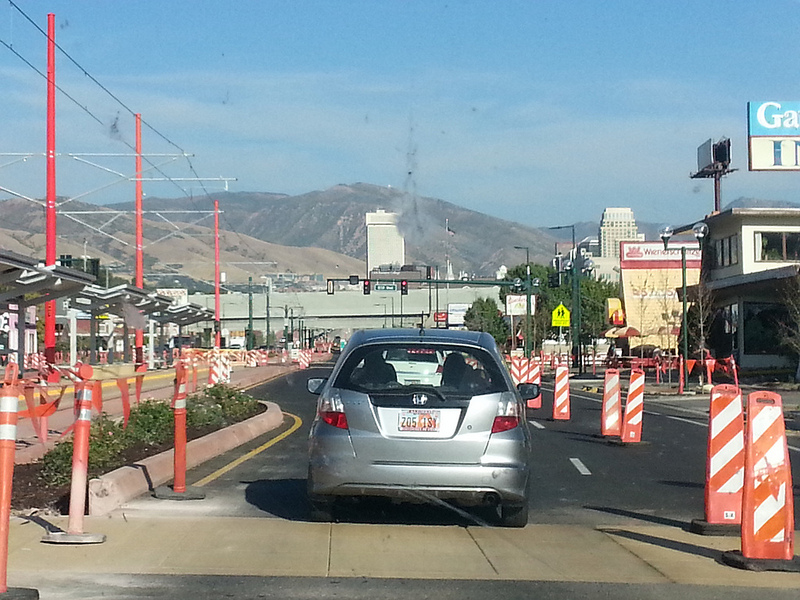 Again a one night stop (our final destination was Moab, Utah). We were in Salt Lake City with a mission. We wanted to hit the shops. 2 weeks in the US and this was our first stop to shop!
We immediately asked the hotel where the nearest shopping centres were. And lucky for us, we were in the US where you pick any day and chances are the mall/ shop is open till late. Every night is late night shopping, it seems.  (or at least till 7pm)

Traffic was terrible in downtown Salt Lake City. It’s not an overpopulated place but the roads were pretty narrow and lots of road construction going on, as seen above. The freeways of Salt Lake City , by the way, I found to be the worst among the other states’ freeways we drove in. It was the most confusing out of all. The exit roads didn’t have enough leeway for you to switch lanes, and it was just abit more chaotic than other freeways.

Anyway, what Salt Lake City lacked in road and freeway organisation, it made up for its shopping

This is one of the major shopping centres in Salt Lake City. I was really impressed with it. Very modern, not your typical square brick mall (ala 90’s Westfield prototype). I was surprised the mall had really varied shops. Fashion wise they had H&M, Mango, Topshop, and Forever 21 just to name a few.

Most of all, this is where Sephora was! I did a pretty good quality haul in Sephora which I’ll make a post about later on.

After my beauty pit stop in Sephora, we went to Best Buy (not in the mall) 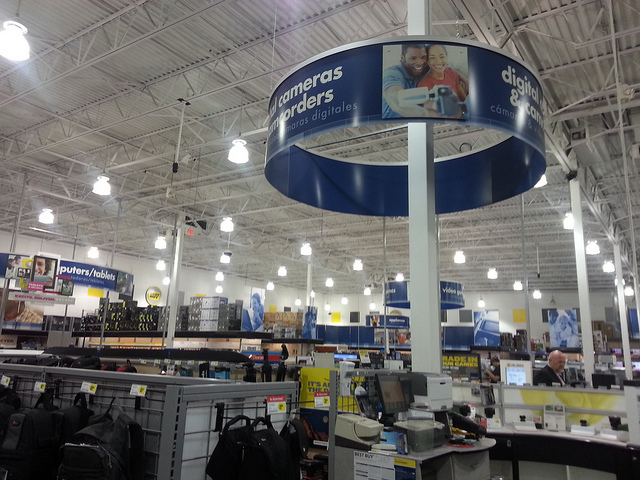 Best Buy is THE BEST place to get your electronics. My husband got some nifty tools for his Go Pro camera. And while I was there to “just look”, I happened to also get the most basic, most compact Canon point and shoot.