I love a good laugh, but am not particularly fond of stand-up comedians. I find situations and dialouges between people funny. Not one man on stage telling stories to try to make people laugh. Especially if they rely on that to make a living.I don’t know , I just don’t find it naturally funny.

But this guy. He makes me laugh so hard , my tummy gets a hurt real bad every single time I hear him talk! 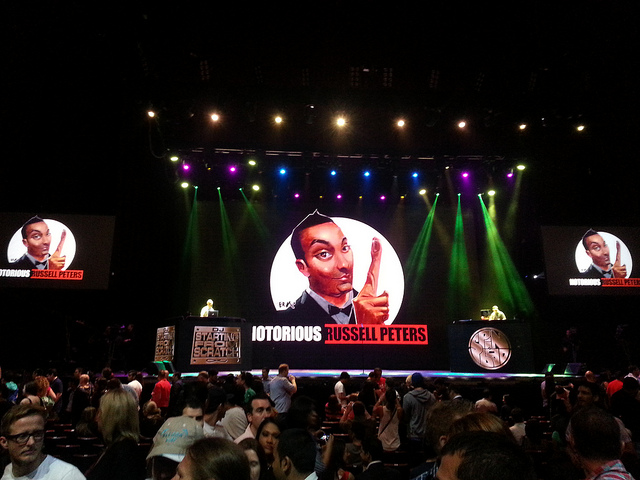 Russell Peters is a Canadian (of Indian heritage) comedian whose main followers (and boy, were talking about massive following here) are migrants, or those whose lineage comes from another country other than where they currently live. Like yours truly.

Yes he pokes fun at Every race , and before you be the Grinch here and shout “cultural insensitivity!!” , or “racist jokes!!”— take note that no race is exempt from his funny but true observations. And the reason why he has such a huge HUGE following (he has been named by Forbes Magazine as one of the top 10 highest paid comedians), it’s because people of different races , culture and religion all heartily agree on one thing: A good laugh is universal, and goes a long way!

We love Russell Peters. So when we found out that he was coming to Sydney, we got tickets as early as November last year! Luckily for us, December-February rolls out quickly just like every other year. So before we knew it, it was mid-March and Russell Peters was finally in Sydney for his show at the Allphones Arena. 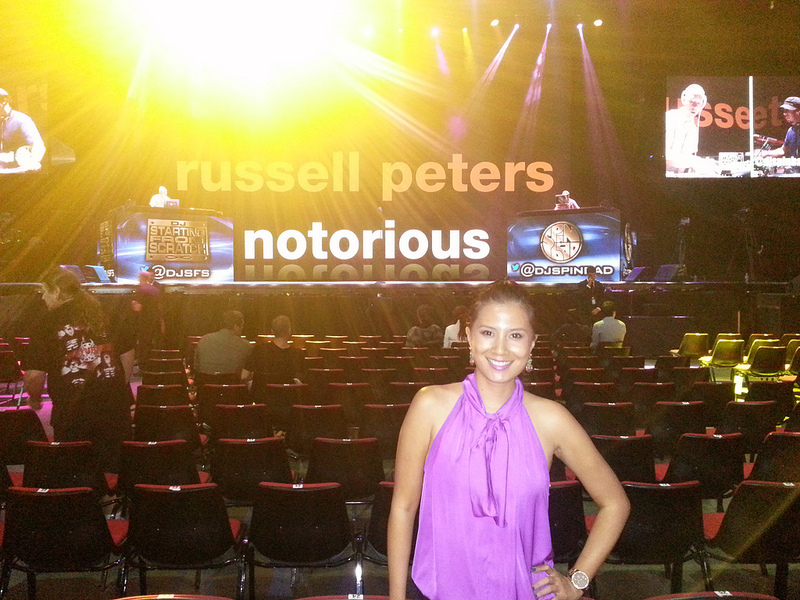 Russell Peters hasn’t even come out, and you can’t wipe that grin off my face already! I was so happy we got really good seats. Right in the middle of the first section (that’s the section right behind me). The distance was perfect– close enough but not too close to be in his line of target! 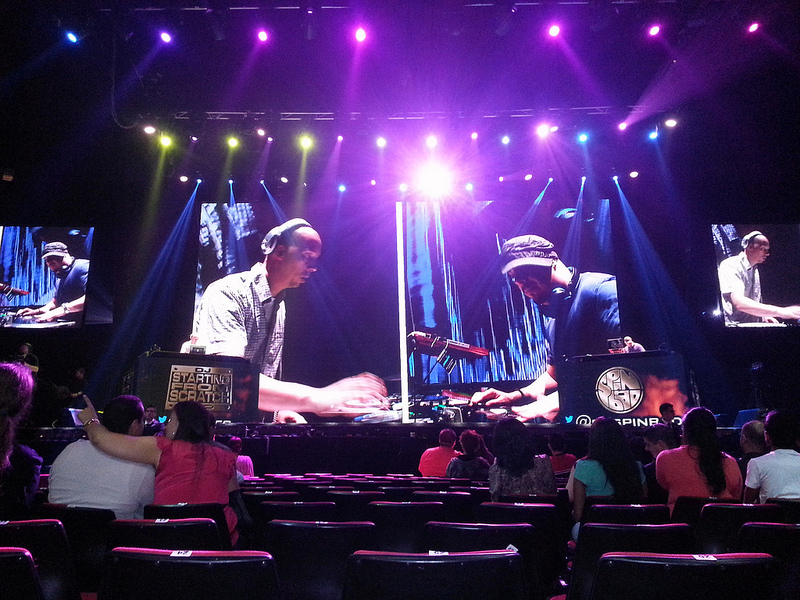 The 2 DJ’s who kept spinning while the arena filled out were really good.  They were able to blend old school and pop music with modern beats without sounding like a medley. Even their names are funny witty — DJ Starting from Scratch and DJ Spinbad!

Overall I was very pleased with the show. It felt surreal watching him live. As he told one of the guys in the first front rows, (one of his “targets”), “Yo dude, I’m over here. I’m not streaming from Youtube anymore.” (as the guy didn’t seem to know how to respond to him) 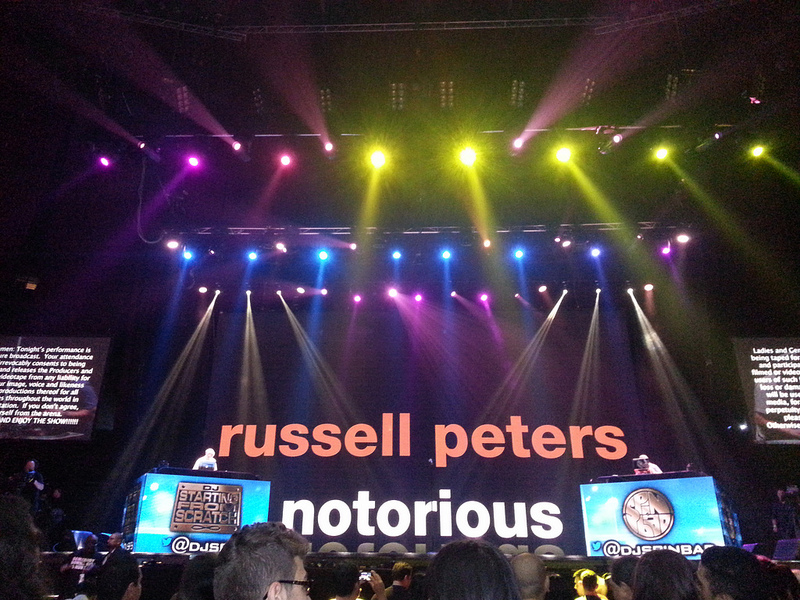 This particular show in Sydney was the DVD edition of his Notorious World Tour. So security was really thorough in ensuring no one was taking photos or discreetly trying to take a video while Russell Peters was on stage.

They also kept on announcing that this entire show will be recorded, will be on dvd, etc. If you do not wish to be on film you can choose to leave. And to please ensure that you are not with someone you are not supposed to be. Some may find this weird , (though it makes sense).

I think this video was the reason behind the incessant warning. Busted. With a capital B!