When I heard that I was going to see a mosque that has a capacity to hold 41,000 worshippers at one time, (let me just repeat that– that’s 41,000) I was imagining a massive warehouse. 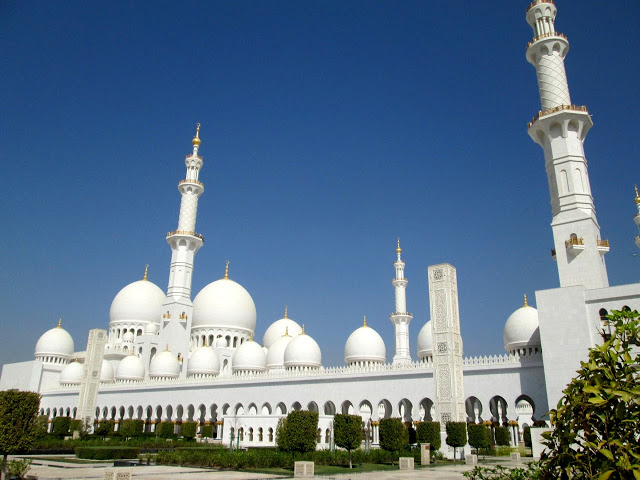 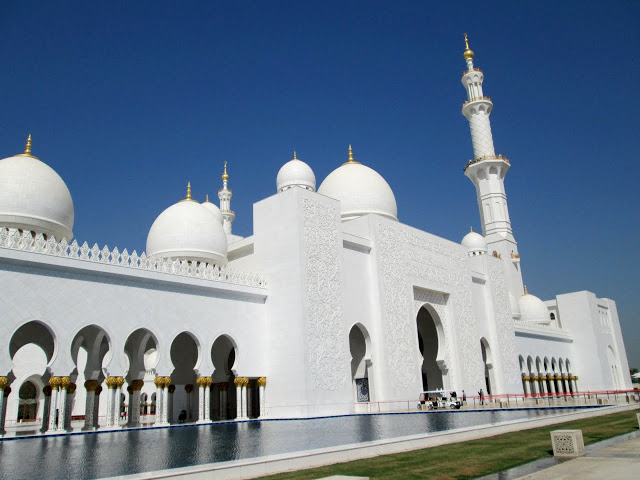 Well I definitely wasn’t prepared to see a pristine, glistening, pure white and majestic palace-looking mosque. So much for expecting a warehouse!

This is the largest mosque in the whole of United Arab Emirates (and 8th largest in the world). The building of this mosque was initiated by the late UAE President, Sheikh Zayed Bin Sultan Al Nahyan.
He is also buried in the site.

True to UAE style, the mosque is nothing short of elaborate and opulent. 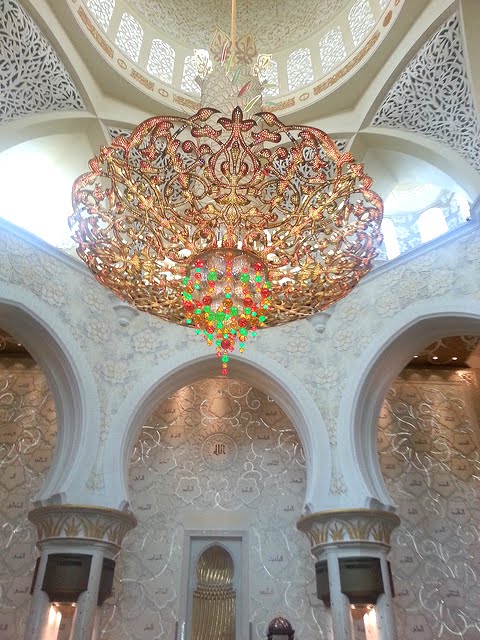 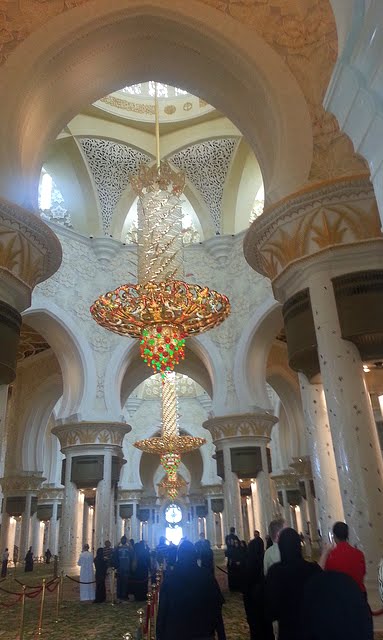 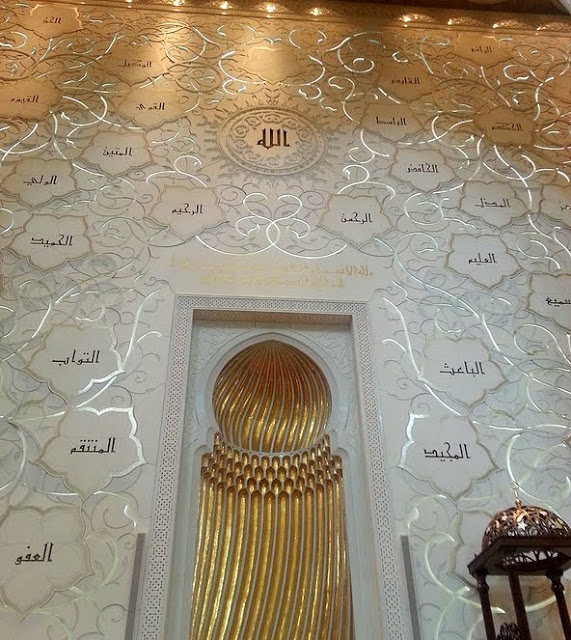 This is a wall that has inscriptions of the different names Muslims call Allah. Very interesting.

Ladies make sure you wear long pants, (knees and ankles covered) and long sleeved tops. Make sure they are lightweight and sheer because I did wear long pants and long sleeves but I think they deemed it still too colourful and not covered enough. They will provide (and fit you too) a full Abaya outfit. 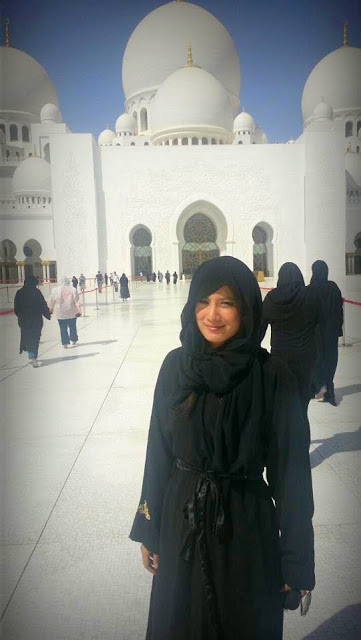 now I have nothing but utmost admiration and respect for Muslim women who wear this on a day to day basis. close to 50 degrees, under the scorching heat? I wore this for only about an hour or so and I was already baking and sizzling. I do think it looks very regal. It was my first time to wear an Abaya and now I wonder how Muslim women do it, most especially in the Middle East where the heat can be unforgiving. 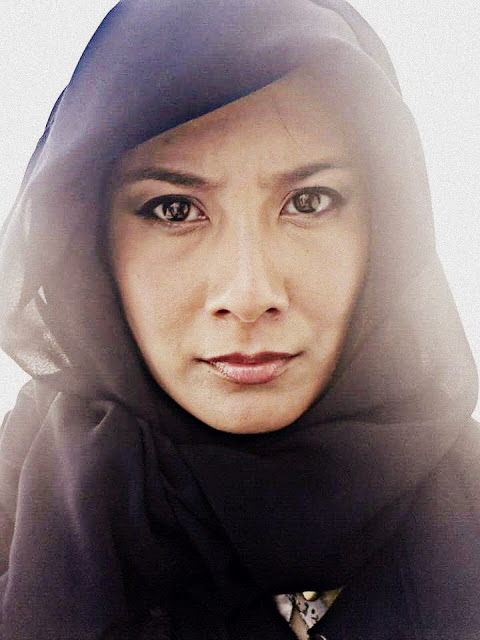 My number one tip is to STAY HYDRATED! Even if food and drink are not allowed inside the Mosque grounds, just down a bottle of water before you get out of your vehicle. Never mind the constant toilet breaks. The toilets in the mosque are elegant. You’d think you were in a spa! 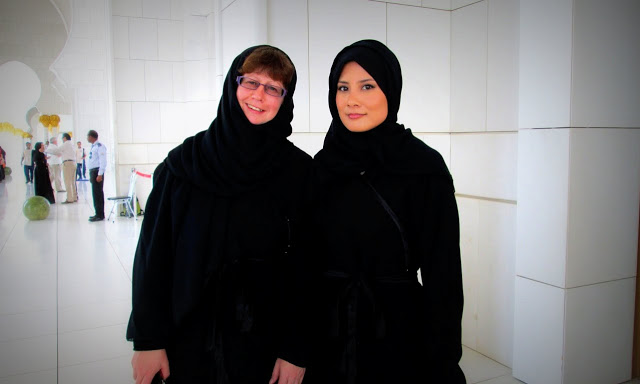 Keep belongings to a minimum. I didn’t even consider taking my bag/purse with me. Imagine the calvary it would’ve been. So I just took my phone/camera and that’s it.  Also if your schedule allows, try to visit at night time. I hear the mosque lights up like a boss.