Shark Week started yesterday, 04 August 2013. This means a week of shark awareness and information from the Discovery Channel. (They have been celebrating Shark week since 1987) 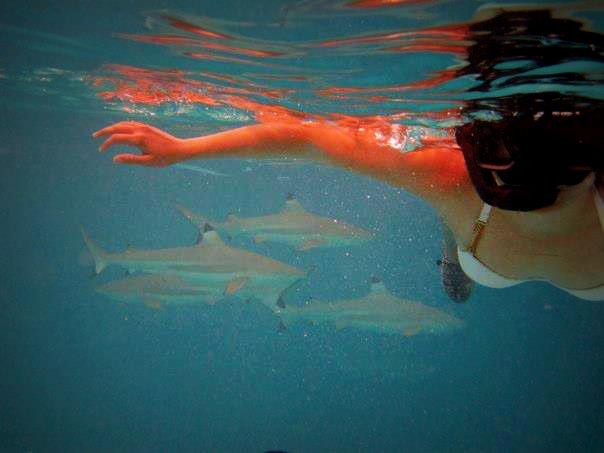 Sharks are my second favourite sea creatures (First are sting and manta rays). If you ever had the chance to swim or dive with sharks (not from a cage or aquarium), you will notice that they are very elusive, calm, and peaceful when in their natural habitat. 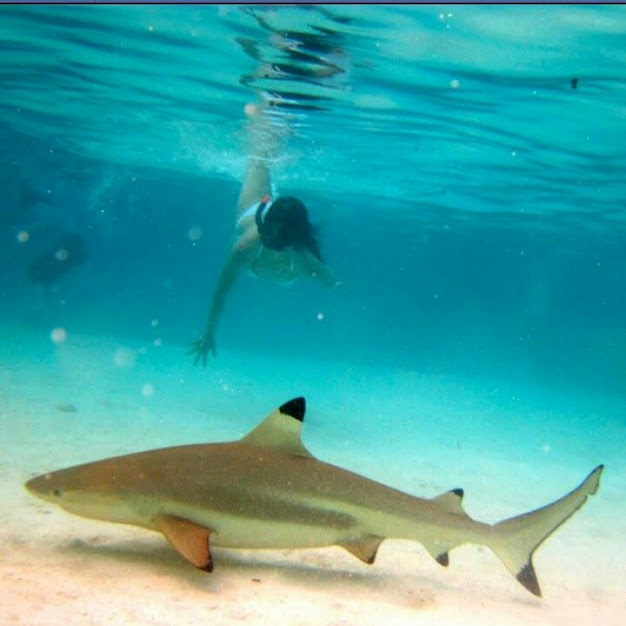 These 2 photos above are a perfect example of how sharks are pretty much happy to go their own way and leave you alone. If anything, it was me who was very  annoying, following them around.

I was fortunate that my very first open water swim with sharks in Bora Bora was a success. No accidents or mishaps. (Not that I was expecting any). It was much more satisfying than my failed attempt at swimming with whale sharks in Mexico.

It wasn’t enough though, I wanted more! So we went diving in Tapu, a dive site in Bora Bora known for sharks. The grey nurse sharks are pretty amazing too. Bigger, more turbo packed and more active than the black tip reef sharks.

My ultimate dream is to one day dive Tiputa Pass in Rangiroa, also known as the “shark cave” or “shark wall”

So this Shark Week, I hope we fill ourselves with more knowledge about these graceful creatures. The more we know, the less we fear.

Here are some of my favourite awesome shark facts: 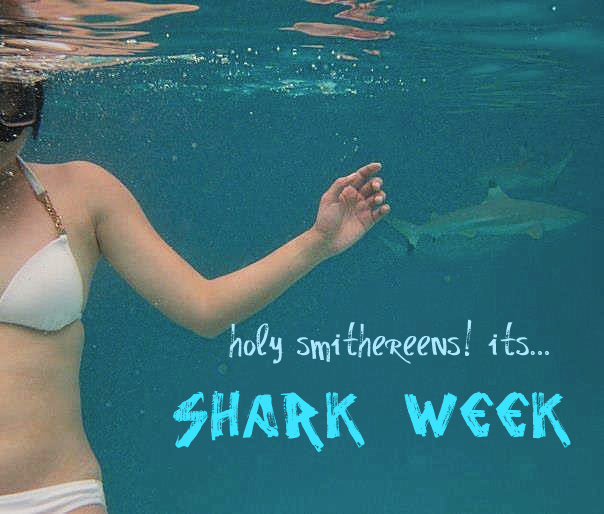 Do you love or fear sharks?