Who knew that New York City would be freezing in MAY? I didn’t.  So on that day I was free to explore New York, I didn’t exactly have a good start to the day.

My nose always turns me down when I travel. I have a stomach of steel, I accidentally drank tap water in Mexico, and it was just a matter of gut grumbling and that’s it. No tales of being bed-ridden, diarrhoea, and the like.

My blasted nose, however, is a different story. If I as much as forget to wear a scarf  in cold weather (not even winter), that’s it. A gush of unexpected wind? That’s it. Endless sneezing, nose throbbing..my day is completely ruined.

So I wasn’t really in my element that morning. Especially when we took the Staten Island Ferry Tour. It was grey, cold and raining. I was seasick, cold, and nauseous.

More so when we had to compete with this: 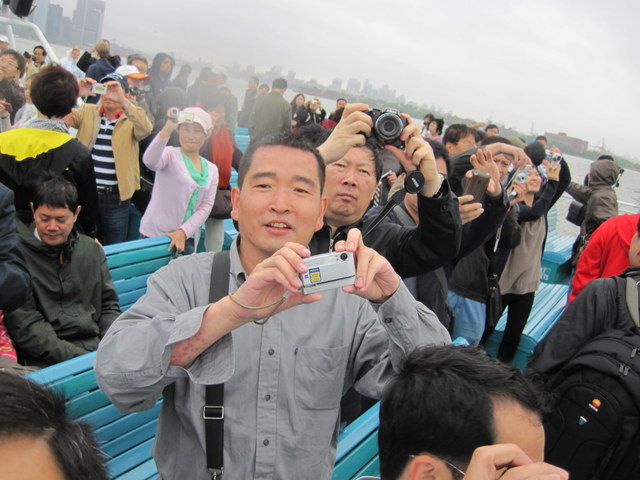 To get a shot of this: 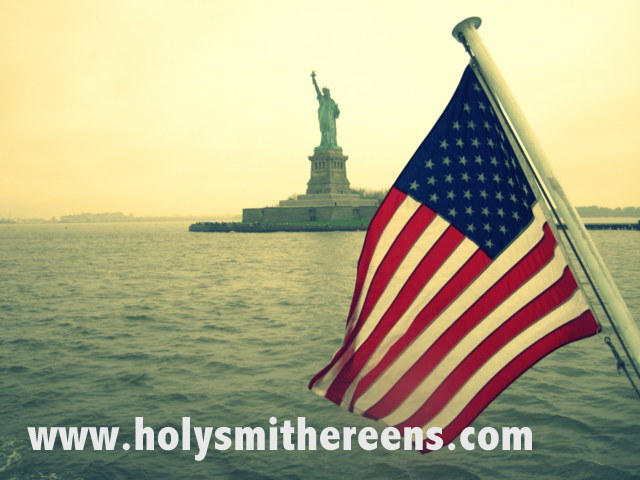 I have to say, the shot I took was worth it. It was a blessing in disguise that the mad tourist crowd only sort of dispersed when we’ve gone past the Statue of Liberty. So the angle of my shot gave it that dramatic, peaceful effect.

I only came alive at lunchtime, when we decided to head over to Harlem for some good old…. SOUL FOOD! 🙂 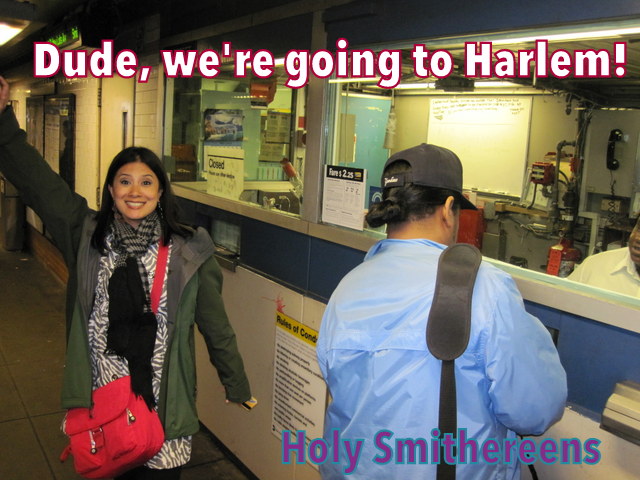 You see it’s always been a great big dream of mine to explore the Southern states of America. No, more precisely, do a Southern Food Trip in that area.  No chance to do it on this trip so I got the next best thing in NYC. Soul Food in Harlem

WHAT IS SOUL FOOD?

Wikipedia explains it perfectly– Soul food is a variety of cuisine popular in African-American culture. It is closely related to the cuisine of the Southern United States. The descriptive terminology may have originated in the mid-1960s, when soul was a common definer used to describe African-American culture (for example, soul music).

I explain in simply – Rich, buttery food that will most likely bring you closer to the grave, but Sweet Jesus, it is OH-SO-HEAVENLY YUMMY.

Soon as we hit Malcolm X Blvd, (one of the main roads in Harlem), I can feel my nose getting better. Soul food is in the air! I loved the vibe immediately. Less skyscrapers (actually almost none), and a warmer vibe.

My best friend, who is a New Yorker herself, recommended we hit Amy Ruth’s- rated number 1 Soul Food restaurant in Harlem by Examiner.com

I got a whiff of butter, grease, and deep-fried terrific things when we opened the door. I knew it was going to be a good grub.

Without further adieu, I present to you what I had.

I honestly find myself at a loss now to describe to you how glorious this food is. I mean, there really aren’t any adjectives needed to describe SIMPLE FOOD that’s very, VERY richly done. You’ve had fried chicken, pork chops and corn, Im 100% sure. You probably have them regularly every week.

But there’s something magical about these everyday food done with such richness that I can only describe as black velvet sin.

While I won’t suggest having this kind of food regularly, I really urge you to try soul food in harlem. You will never look at a corn kernel the same way again.

While this short food trip in Harlem definitely satisfied my gut, I am still dreaming of making that Southern US food trip. One day!