Seeing images and footage of the current protests in Hong Kong the past days sent shivers down my spine. It’s hard to fathom that just over a month ago, the same streets we were in with commuters going about their daily routine to and from work are the same ones teemed with thousands of people staying strong even when police issued tear gas and water sprays.

I do hope that this ends peacefully soon, and that my biggest worry won’t happen: History repeating itself (Beijing 1989)

Just like people, cities have two sides. Hong Kong to me is that chic, sophisticated no-nonsense woman who walks with a fast gait, always with a purpose. So I was determined to see any semblance of a ‘country bumpkin’ side to Hong Kong on my last visit.

For those who can spare half a day to see this other side of Hong Kong, the journey takes approximately 90 minutes. From Central, take the MTR all the way to Tung Chung station. Then take bus route 11 to Tai O.

Soon as we reached the village, I braced myself for the seafood and fishy aroma.

Instead, my nose was able to sniff something aromatic…

Yes it was these tea eggs that first greeted me.

I noticed that Tai O was quite abundant in streetfood. With narrow roads and the island being small as it is, I felt there was an unproportioned ratio between streetfood stalls and tourists/buyers.

Though I didn’t have any, I love that Tai O’s street food seemed healthy and none were deep fried.

But the best thing I saw being sold on the streets : 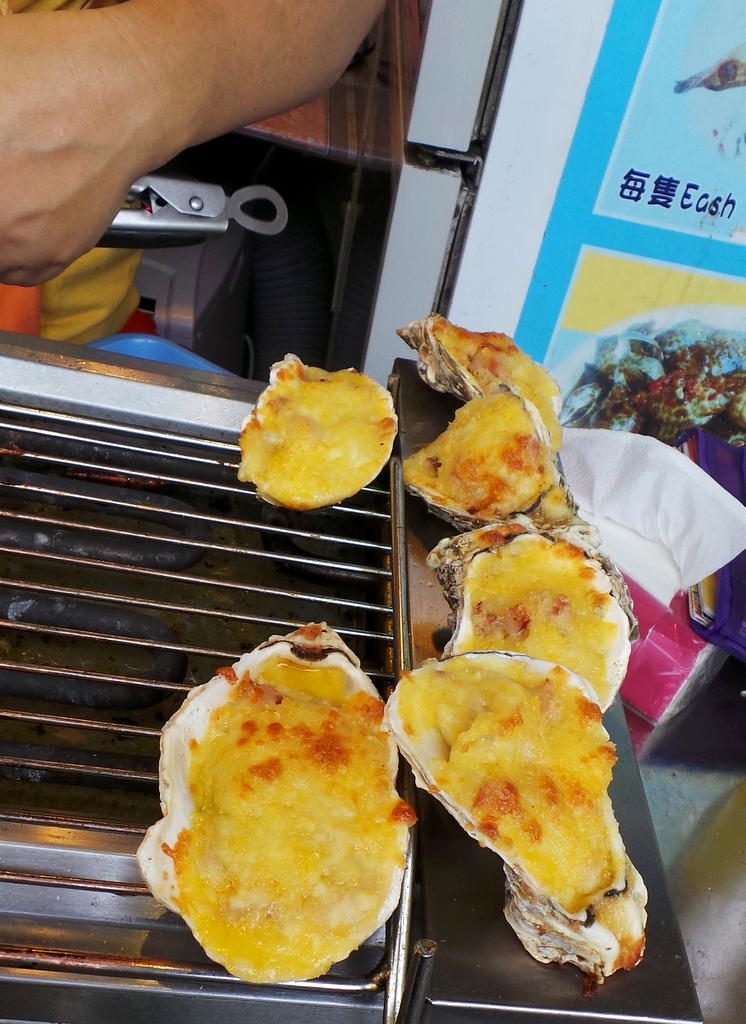 As I walked further though, I saw that Tai O had all fishing treasures indeed , but most of them were dried:

Now the ones below, they had a lot of that dangling everywhere  but I don’t really know what they are:

Were they unrolled squid?

Anyhow, I’m not really fond of dried anything. I like things succulent and drying food takes the fun away from eating it. Though for practicality, this method has been used to keep food longer.

But here’s more dried goodness to those who like them.

And there were also the “fresher” variety, a mini wet-market type. Again there seemed to be more vendors than actual buyers/visitors.

And then I turned into an alley which I considered as the walk of horrors:

I shuddered with every step walking down that alley. Inside I was furious. Entire bodies of sharks were hanging like trophies.

In many ways it brought back feelings of when I faced the hunting culture of mid-west America HERE.

Moving on, by sunset we took a mini-cruise down what is known as “Venice of the East”

It’s no Venice but the houses and restaurants on stilts sure were interesting. It felt like being in parts of Cambodia.

Someone told me though that they had the best seafood in all of Hong Kong somewhere in this village, in one of the rusty restaurants.

Meanwhile back on the island…

It must be low season or just a slow day but there really were far more things to be sold than people in the village. It was a pretty quiet afternoon and some stalls were even unmanned. 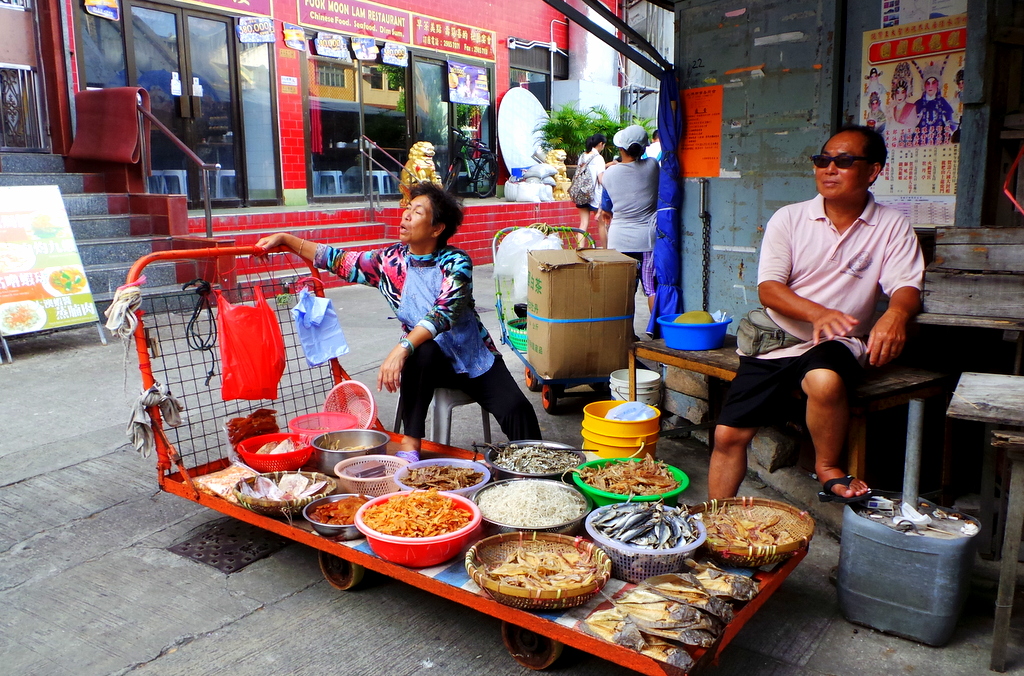 Such as this one selling husbands:

What a bargain! HKD 20 only. It looks like the “husbands” were eggs – just judging from the board photos. From “Grow-a-dinasours” (ones where you soak in water) to Hatch-a-husband, we’ve come a long way.

This healthy looking dog looked up at me briefly, then promptly put its head back down to sleep. It’s one of those long lazy afternoons.

Even though this ‘other side’ of Hong Kong wasn’t exactly bustling, I’m still glad that I was able to visit it. It won’t be long till this whole island will be developed. (there will soon be a bridge connecting Macau to Hong Kong and this is where the Hong Kong side of the bridge will be). After all, this is how sophisticated Hong Kong started out – as a fishing village.

Fishy business aside, are you more of a city or country-side person?