We live in an age when a never-before-seen number of things are available over the internet. You can watch movies online, order gourmet dishes, live stream theatrical performances, and dive into far-off lands through webcams. The internet even brings gambling to you: you can play all the online pokies you desire on your smartphone screen or dig into some more traditional games, like roulette or baccarat, against live dealers that spin the wheel or deal the cards manually – all this without leaving your home.

Convenient and accessible it might be, playing online does not substitute for the experience of actually travelling to a distant city and stepping inside one of the most spectacular casinos in the world. Now that the pandemic is subsiding in many parts of the world, the borders are once again open, and travel is becoming easier. Here are a few destinations that you may want to put on your itinerary – they’ll cater to more than just your thrill-seeking side.

Venice is a popular tourist destination on its own – and a must-see for all those who are looking for a luxury gambling experience. The Venice Casino is an institution with a long history, set in the city where organised gambling was invented centuries ago. Now it offers gamblers both old and new.

The location used throughout the year in Ca ‘Noghera – close to Venice’s Marco Polo airport – offers gamers all the entertainment they may need in a modern, contemporary setting. At the same time, the casino’s winter home – Ca’ Vendramin Calergi – is a centuries-old palazzo overlooking the Grand Canal that offers its patrons more than just a few gaming tables and slot machines: it represents a slice of the city-state’s (and later the city’s) history. 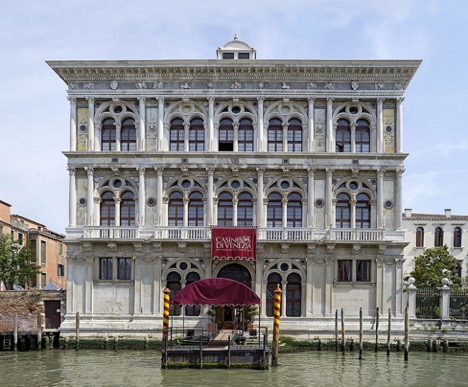 Ca’ Vendramin Calergi was, over the centuries, home to local nobles and foreign dignitaries, crowned heads and artists, the most notable of whom is probably composer Richard Wagner who even passed away among its walls. His memory is preserved there to this day by a museum dedicated to his life and work.

Baden-Baden was known for its thermal springs for thousands of years – archaeologists discovered the ruins of a Roman bathhouse that was built in 210 AD. In the early 19th century, the town became a popular destination for the ailing seeking the relaxing properties of the Black Forest mountains – and the healing properties of its waters. 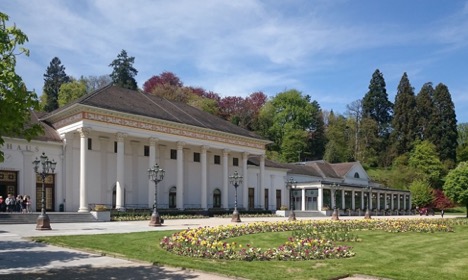 The spa resort of Baden-Baden was built in 1824 – it included a casino right from its inception, and over the years, it became a sought-after destination not just for those seeking to heal but also those who wanted to gamble. Among its most notable visitors, we find Russian writer Fyodor Dostoyevsky who wrote his novel “The Gambler” after visiting Baden-Baden or actress Marlene Dietrich who called it “the most beautiful casino in the world”.

Finally, let’s not forget another German spa town a little under 100 miles north of Baden-Baden that’s also famous for its healing waters and beautiful casino: Wiesbaden.

The Wiesbaden Kurhaus is not as old as the one above – the first spa resort, built by Christian Zais in 1810 – was torn down to make way for the new one designed and built in the early 19th century. The resort was fit for a king – it had to be, as Kaiser Wilhelm II, the last German emperor, visited it every single year. 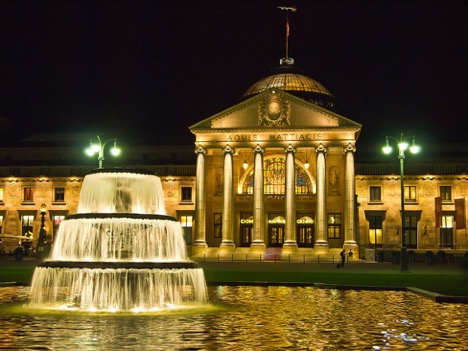 The Wiesbaden Kurhaus is a beautiful example of neo-classical architecture with Art Deco elements and a Belle Epoque-style facade. It has several concert halls, a beer garden, and it also had a wine hall that is today occupied by the Wiesbaden Casino, offering a truly unique environment to anyone looking to spend a bit of time – and money – at its gaming tables.