Ciudad de Mexico.  Now one of my favourite cities in the world. Before we left for our trip people have been warning us about the dangers of going to the city. Bombarding us with gang crime tales, etc. Tell you what, the more you tell me not to go, the more I want to go. I didn’t really listen to any of these “my friend’s neighbour’s second cousin’s boss went to Mexico…” tales.I’m so glad I went to this “feared city”. More over, so glad I was able to convince my husband to go. He is a stickler for safety and such, and well , I am a hustler by nature so very few things faze me.The delays and terrible customer service of AeroMexico were all forgotten the moment we touched down at the Benito Juarez International Airport. 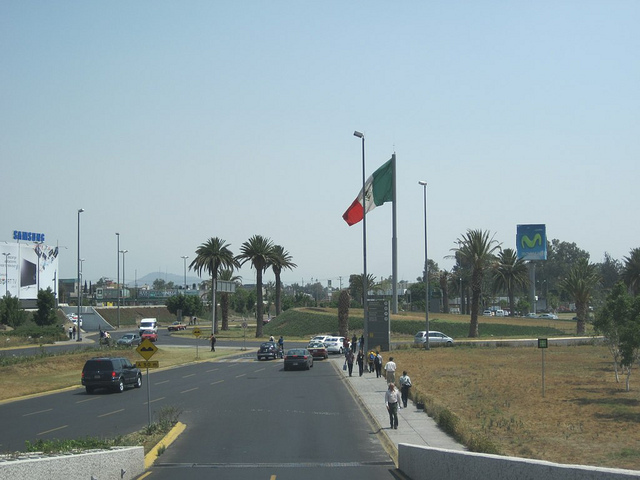 we were picked up from the airport to the hotel, and our driver was very worried and warning us that the hotel we (or I ) chose was in the Zocalo (local square). Normally a good thing right? However, the day before we arrived, a public demonstration/ rally started on the Zocalo and the demonstrators have camped on the Zocalo grounds and wouldn’t move. He warned us that he may not be able to drop us exactly in front of the hotel, and that we may have to lug our baggages through the protests.

I said Awesome, let’s get to it! I mean, how bad can that be right? It’s not like there are lack of demonstrations (or coup ‘d etats for that matter) where I come from!

As we drove through, I can’t help but notice how some parts of the city look exactly like Manila 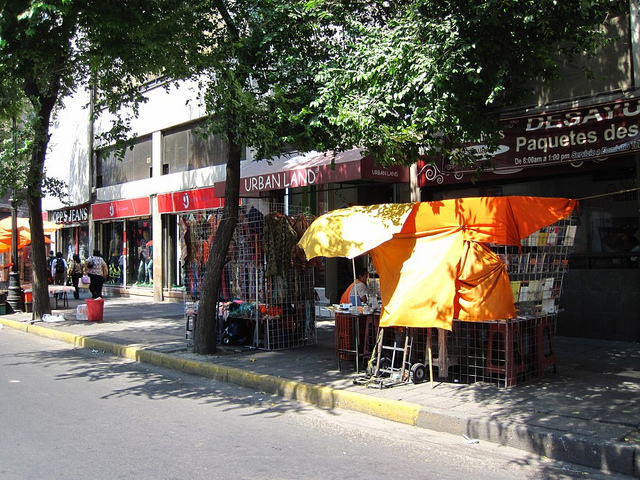 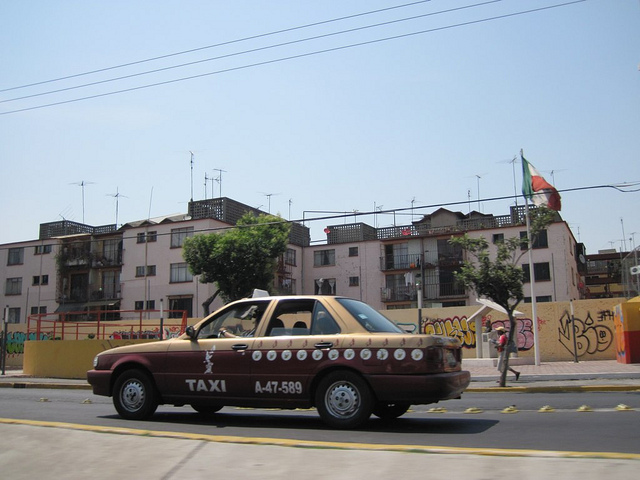 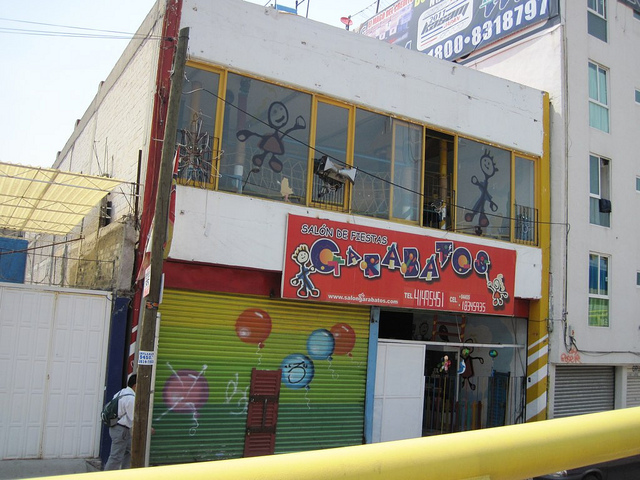 Soon we were nearing the place. I specifically chose this hotel because in my opinion, it had the BEST location in all of Mexico City. It’s right on the Zocalo! (will talk more about the hotel later) 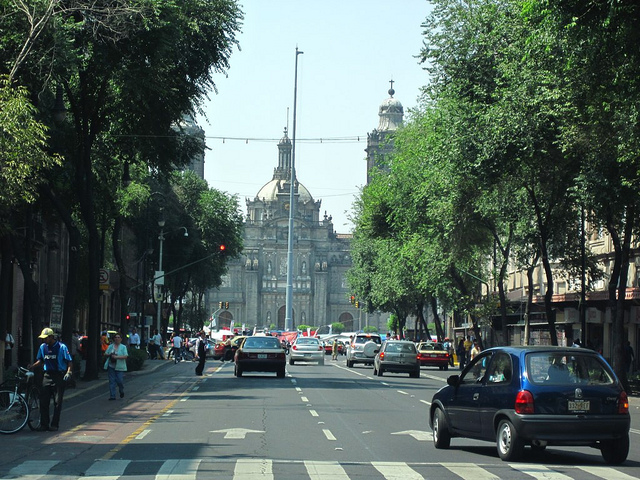 I started to get excited. I saw tents and could hear faint crowd shouting led by a voice from a megaphone somewhere. 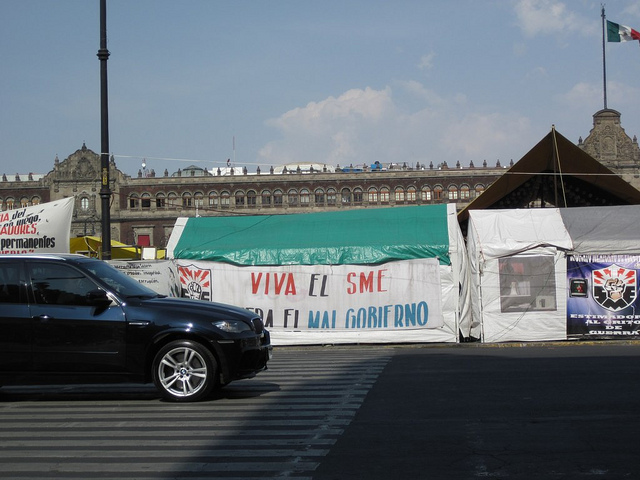 It wasn’t all as bad as the driver said. He was able to stop right in front of the hotel, we got out peacefully, with all our luggage. Soon as we checked in at the hotel and freshened up a bit, we explored the area immediately.

Since we were in the perfect location, we just explored by foot without any plans. Just had a good walk around of the area. And I think it was at this moment that I started to fall in love with the city. 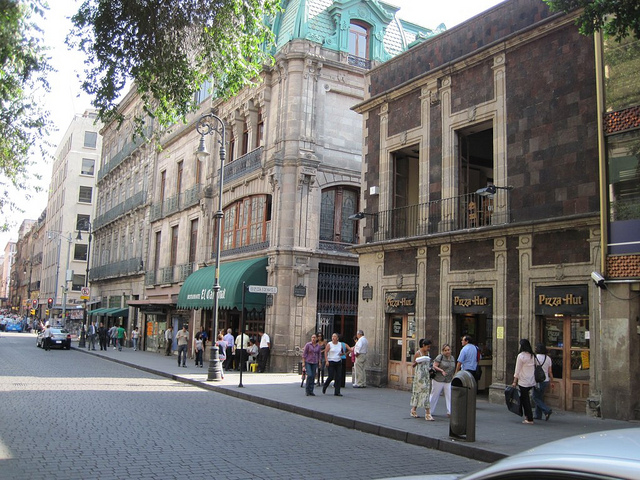 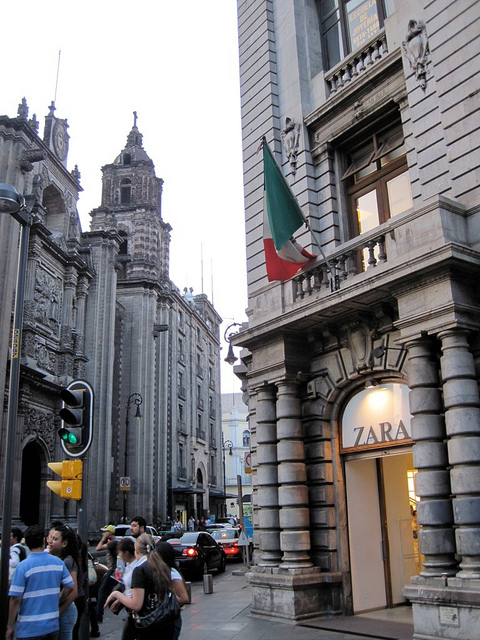 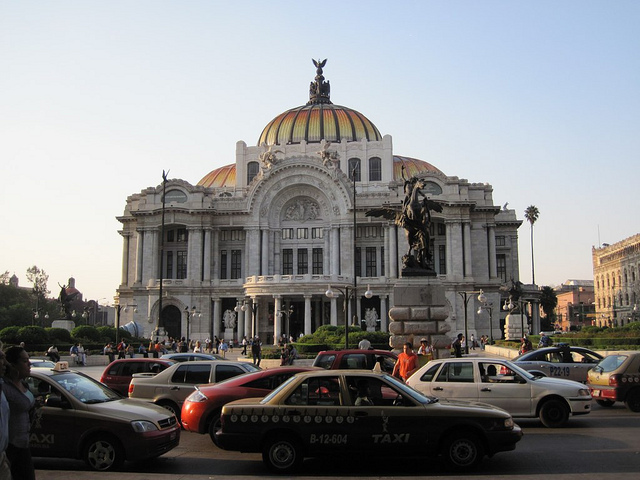 Add to that the interesting fact that Mexico City is sinking..literally. So it is common to see beautiful old and historic grand buildings starting to be a bit lopsided. Quite sad but it adds to the quirky and original charm of the city. Mexico City was built on top of a lake . The Aztecs back then were looking for a very specific omen/sign– an eagle, atop a cactus, eating a snake, in the middle of water. And indeed when they sighted (true enough) an eagle resting on a cactus feeding on a snake in the middle of the lake, they wasted no time dumping soil in the water, and that’s how Mexico City was born. Can you imagine how hard and how long that took?!

And here you go, thousands of years later, the city finds itself slowly sinking.. 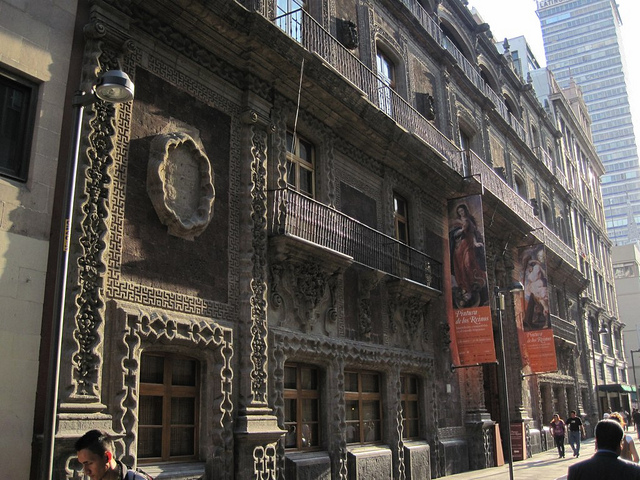 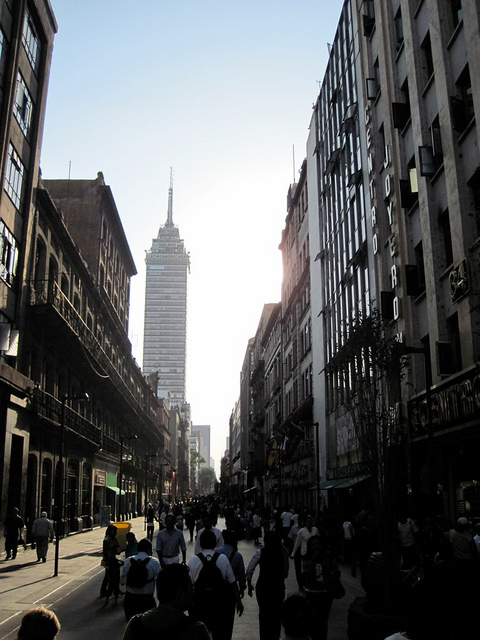 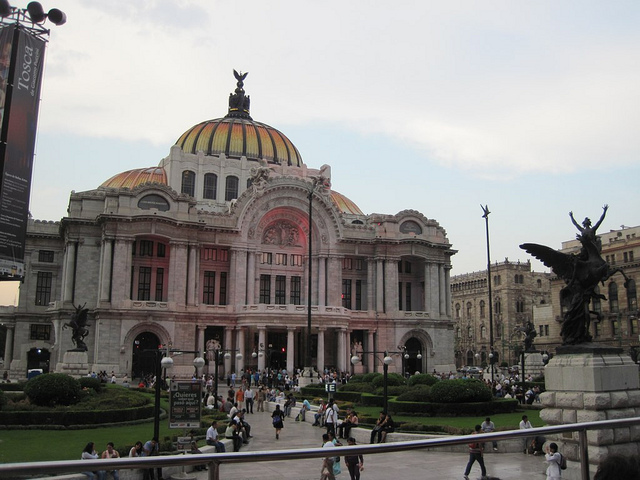 We walked further along and we reached Barrio Chino (Chinatown) which is a one lane-chinatown–nevertheless, the Chinese really are everywhere, in every corner of the world, you will find Chinese. 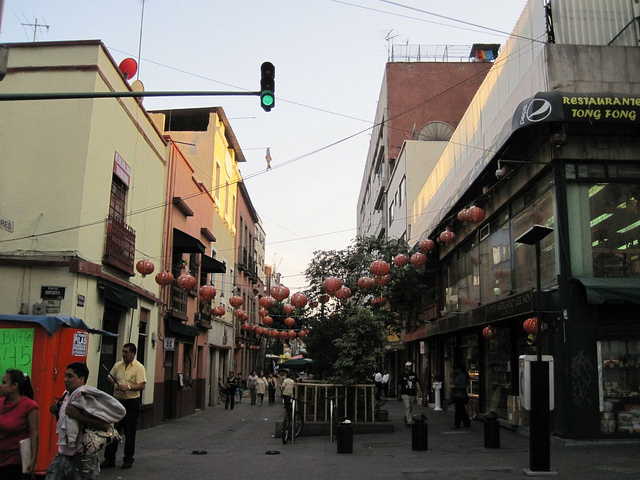 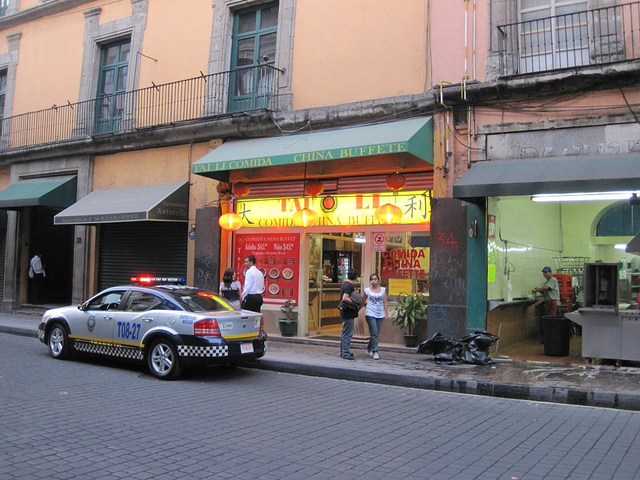 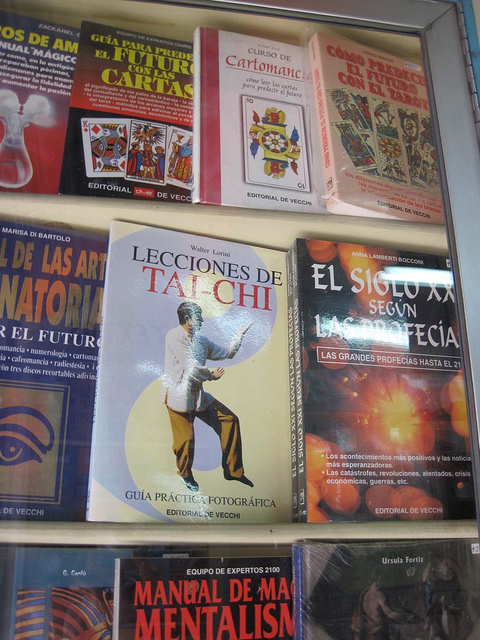 Never knew if they were any good as we didn’t go to Mexico to eat Chinese food LOL! 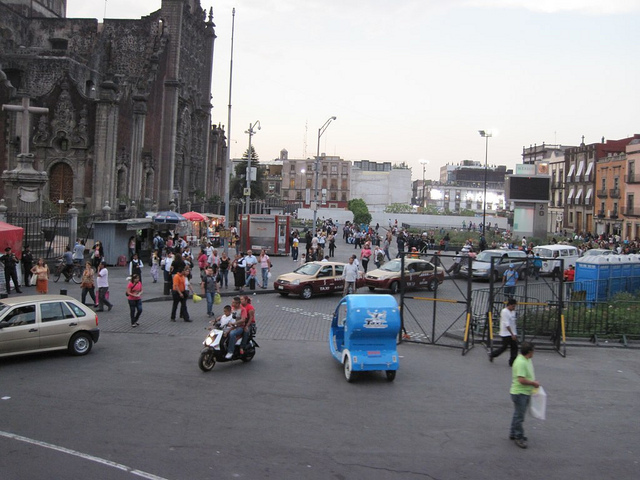 So what is it exactly about Mexico City that I love? I cannot describe it simply. I just really felt at home. It’s not too crowded, it is cleaner than I thought, much more organised than I expected. And most of all, 100% SAFER than we were warned. I swear, the people we talked to must have watched too many “Desperado’s” and “Once Upon a Time in Mexico’s” to stereotype the city as a gang-land. 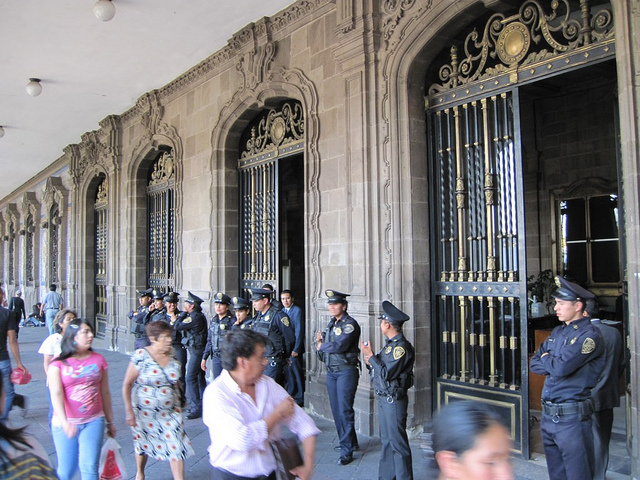 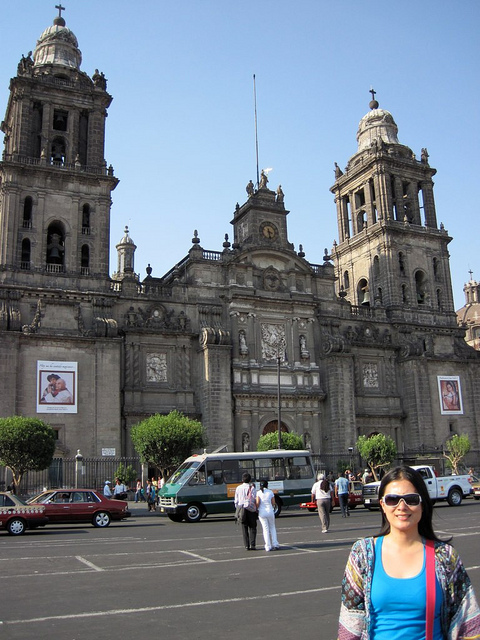 I loved how down to earth the Mexicans are (that I met there anyway). As a whole the city had an unpretentious and simple vibe, yet bursting rich in history and culture without screaming or bragging about it. (No “famous” or “trademark” land marks in here)….there are lots of historical buildings and churches all over that I think, Mexico City’s trademark should be simply for being Ciudad de Mexico– very impressive without trying. 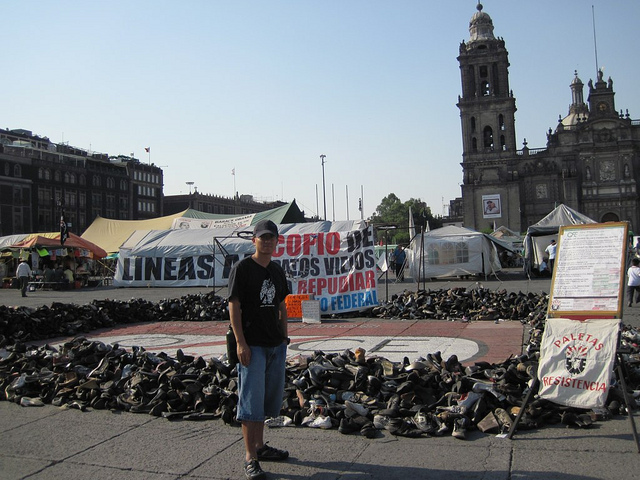 It is sad yet the protestors are civilised about it, not causing any ruckus or public danger.

I can go on  and on about the city, but nothing will describe it much more than this video we took of our explorations around the city.