Merida, Merida, Merida…. I don’t know how to begin my experience with this city.I always research prior to any trip and the articles I came up with, and more importantly the feedback from people I know who’ve actually been to Merida have all been Positive.To sum it up, the feed back was that Merida is a beautiful gorgeous city, and is such a haven compared to Mexico City. I was going to both cities, so the general message was:
Merida= awesome. Mexico City = bad.

Perhaps I expected a lot from the Merida raves, or that my idea of “nice” and other people’s is extremely different. Because I just did not enjoy Merida that much compared to Mexico City, which is my favourite place in Mexico (to date).

So where is Merida?

It’s in the state of Yucatan, about 35 km away from the coast of Gulf of Mexico. It’s considered one of the safest cities in Mexico. 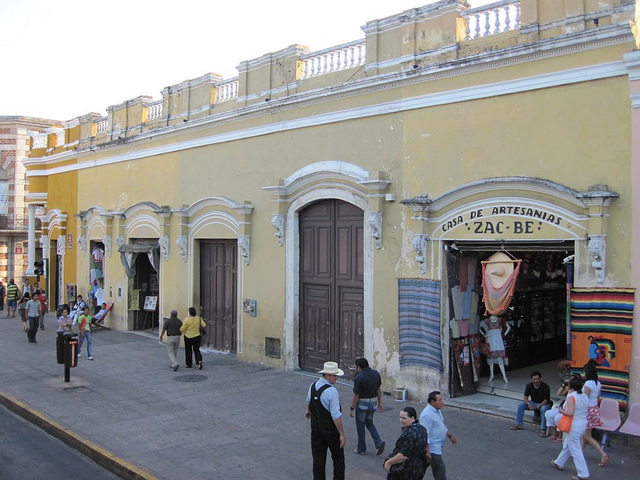 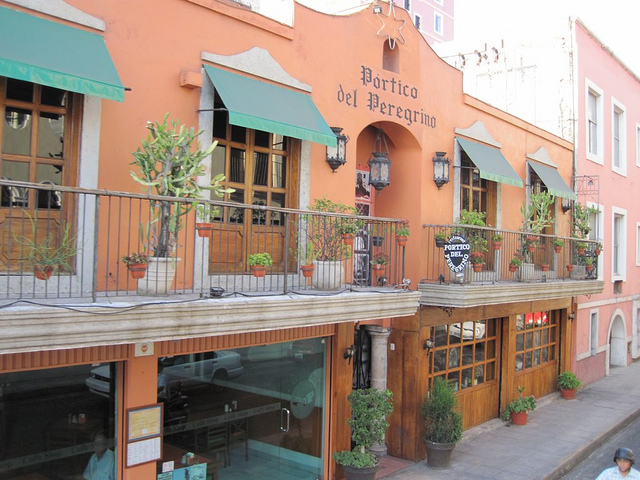 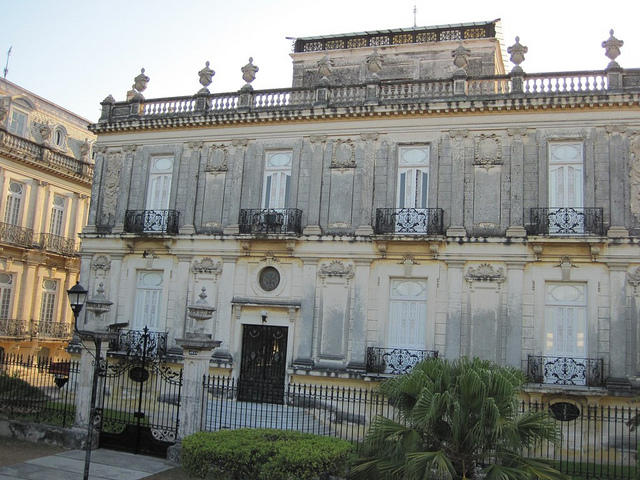 we arrived in Merida mid-day flying in from Mexico City. Weather in Merida was sweltering hot. And this is a pretty big statement from someone like me who loves summer and thrives in tropical climate.
It was just hot And dry when we were there. And the little wind that blew was hot as well.

After we checked in the hotel ( post on that later), we headed to the “downtown” area aka the plaza or Zocalo.  Then we hopped on a tourist hop on hop off bus. Ok the number one reason why I didn’t seem to enjoy Merida that much? It felt like a ghost town. Wonderful and beautifully made buildings, but it was Too quiet for me. I don’t like noise, but when I say quiet, I mean that there are no bustle and activity around. It was as if the whole town was in siesta mode the entire day. 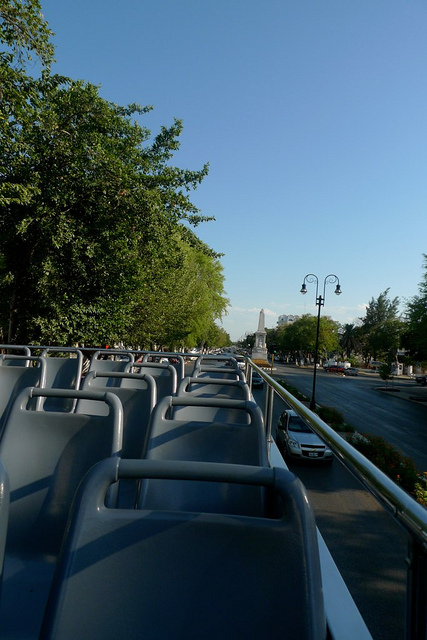 I’m not exaggerating when I say we were the only people in the bus plus the driver, and the recorded voice over information on the stops, which was in Spanish anyway. 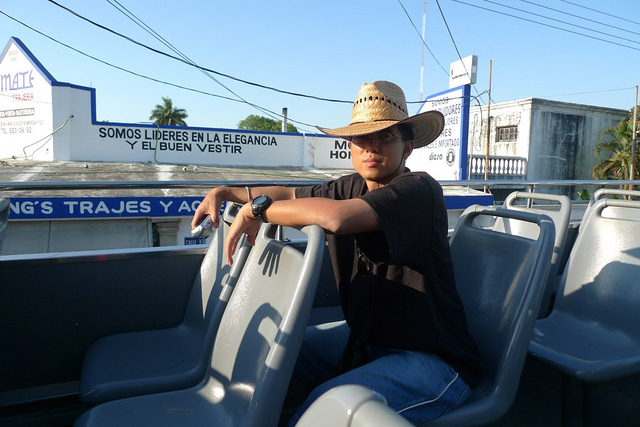 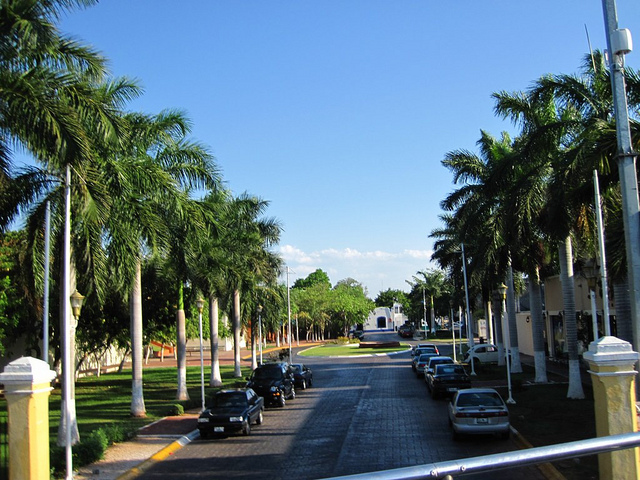 Merida really is pristine compared to Mexico City. They have kept modern buildings to a minimum so the whole city has a very historic vibe (sort of like Vigan in the Philippines). 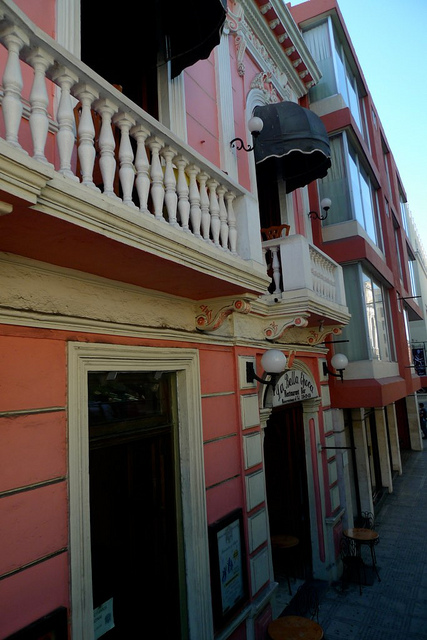 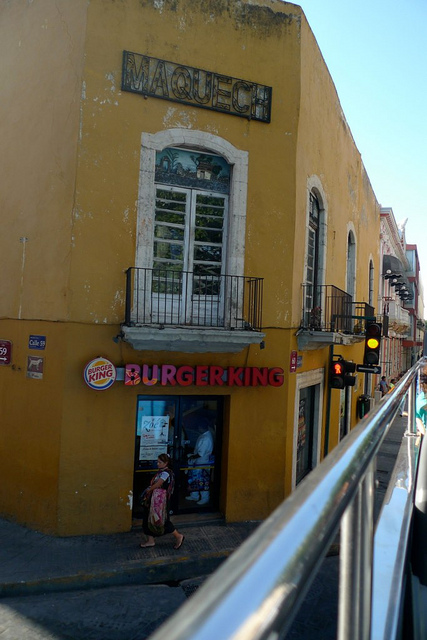 A-ha! gotcha. Burger King in an old building. Nah, we didn’t get any burger King. We had lots of local Yucatan food in Merida which is a bit different from your usual Mexican cuisine.

Anyway,  this is my favourite part of Merida: 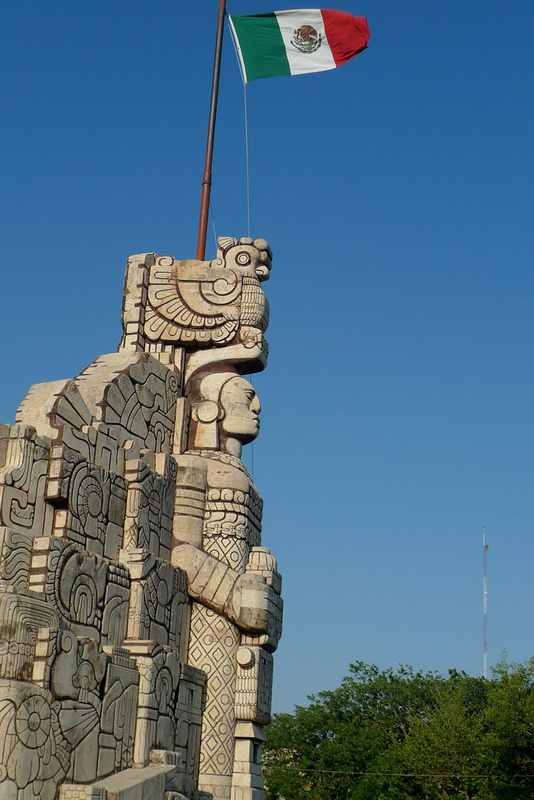 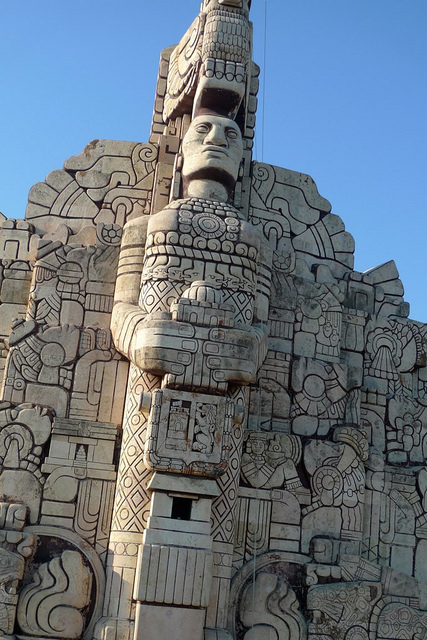 This is actually very large in real life very impressive. Amidst all the Spanish influence, the Mayan heritage stands loud and proud. And I like that about Mexico. They are proud of who are/were before the Spaniards came. They embrace their pre-hispanic history with great pride.