The city finally came just a little bit alive after we returned from the city tour.We were dropped back into the local Zocalo (town square) and there were more people in it than when we left off to start the tour.Saw a very fancy and touristy calesa. It must be the quiet season for tourism in Merida because we really didn’t see any other tourists around. 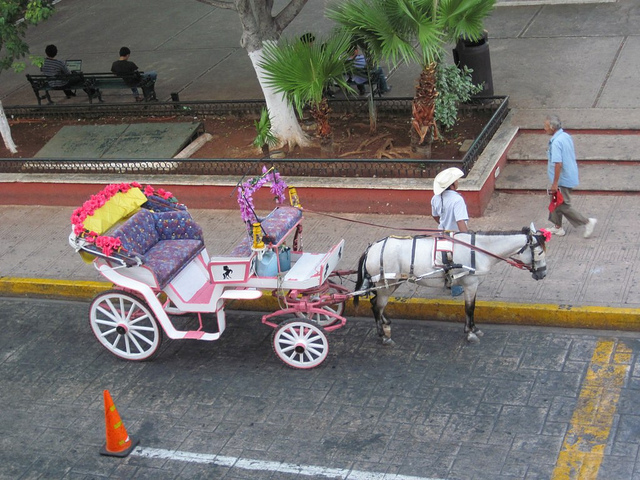 I forgot to get sunscreen so I went to the local Botica (pharmacy/ drugstore) and after fumbling through my  Lonely Planet Mexican-Spanish phrasebook, asked for a bloqueador solar.
The pharmacy was having some promo going on (don’t know what) but their mascot was cute. 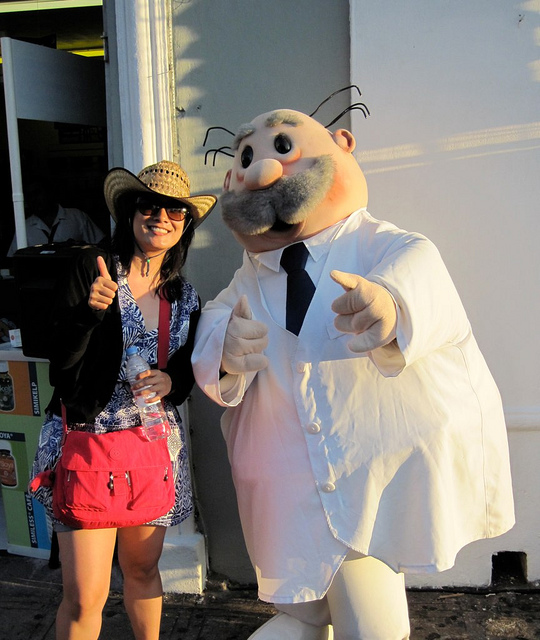 Can’t remember what was in this building, but it reminds me of any City Hall (glamourised version) in the Philippines 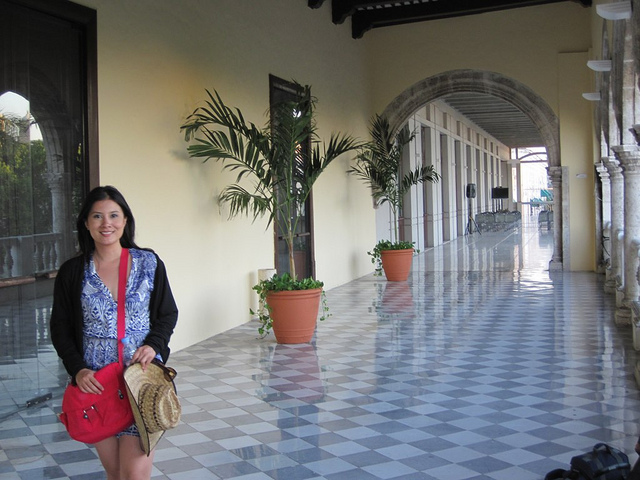 This church had awesome lighting at night. But the doors were closed (even during the day) 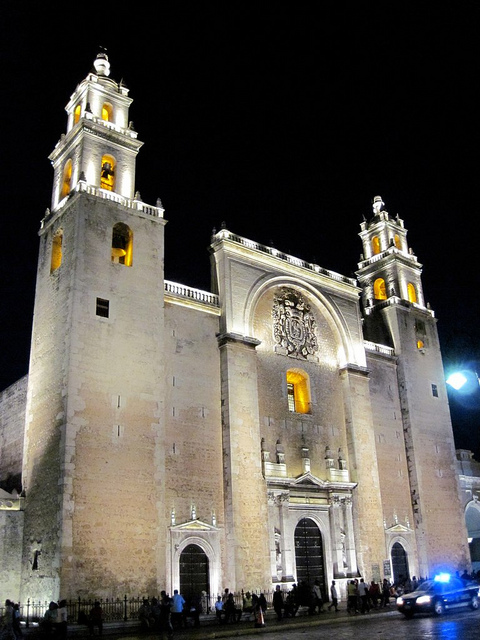 After dinner I tried some local deserts. It was just too hot even at night so I went for the Sorbete de Limon (lemon Sorbet) 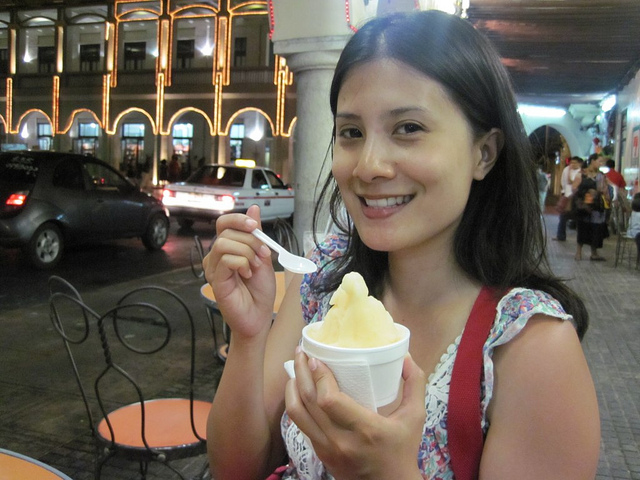 I preferred Merida at night. I still wouldn’t use the word “bustling” to describe it but at least there were more locals around. I like going to a place where I can see how locals actually live their every day lives. Merida just had that atmosphere of being “temporary”. Everything there seemed to be catered for tourists (but not as heavy as Cancun) yet it was sad to see because there were absolutely no tourists around.

We saw these local girls too selling woven wear. 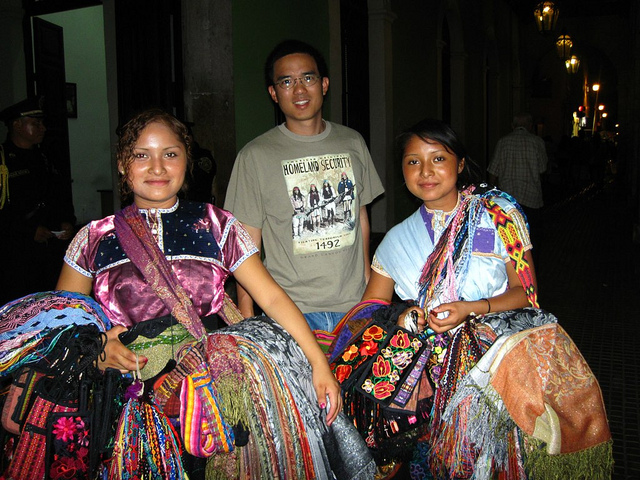