I had the opportunity to inspect Garuda Indonesia’s (Indonesia’s flag carrier) brand new aircraft fleet. Garuda has been flying in and out of Australia to Denpasar and Jakarta for the last 40 years but in the last say 5-10 years, the airline’s popularity hasn’t been ideal due to unfortunate circumstances.

However, Garuda is now back with a bang! Talk about a total makeover. From their brand new fleet, service, and expanding routes–they are determined to bring Garuda back into the preferred airlines list.

So I got to see the Airbus A330-200 series. This aircraft flies from Sydney to Denpasar and Jakarta.

I was there mainly to see the “Executive Class” zone 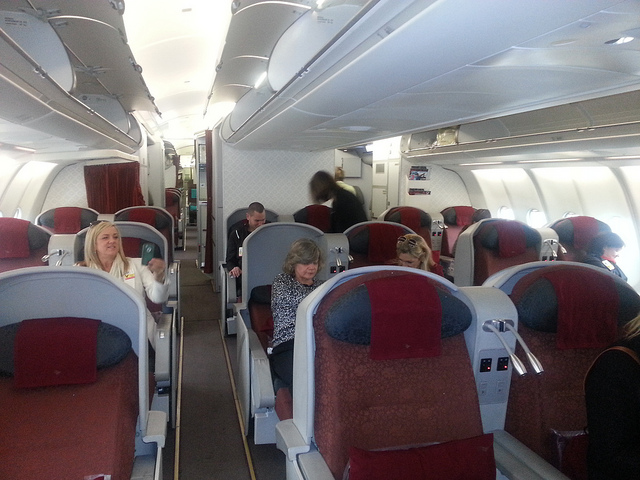 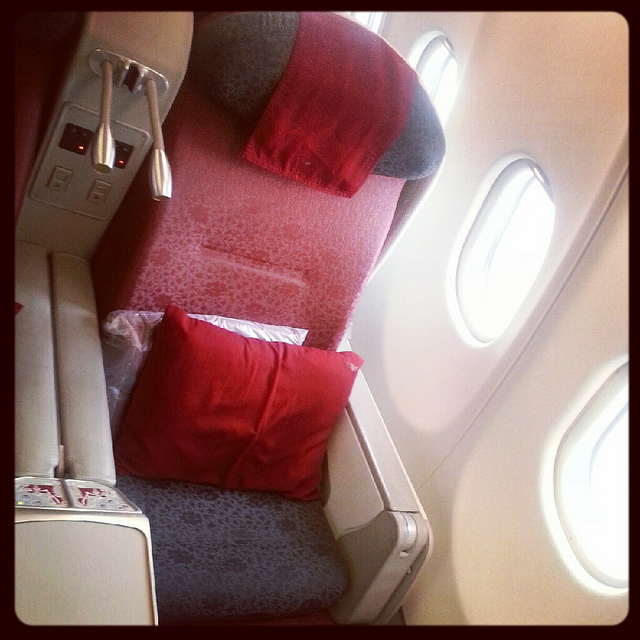 “Executive Class” as a name can mislead one to think this is a Premium Economy service. But this is way more than premium economy, and just probably 2 small notches away from being a full service business class zone.

Seriously, this cannot be just premium economy. The seats lie flat, as in FLAT FLAT… 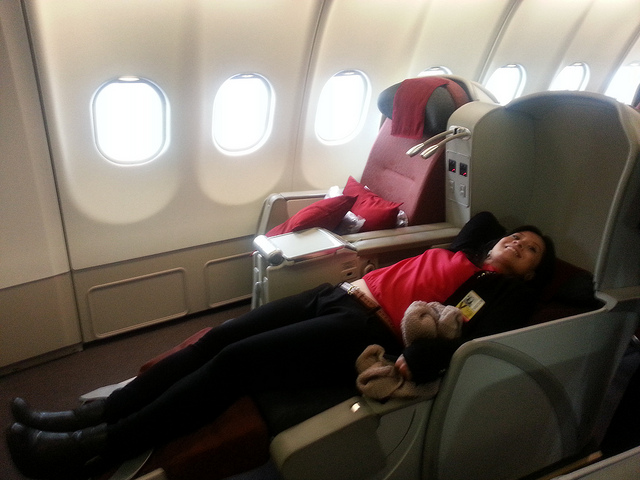 You will never see this on any other airline that offers premium economy. Yet the fare for this cabin is even lower than most airlines’ premium economy (Australia- Asia market). 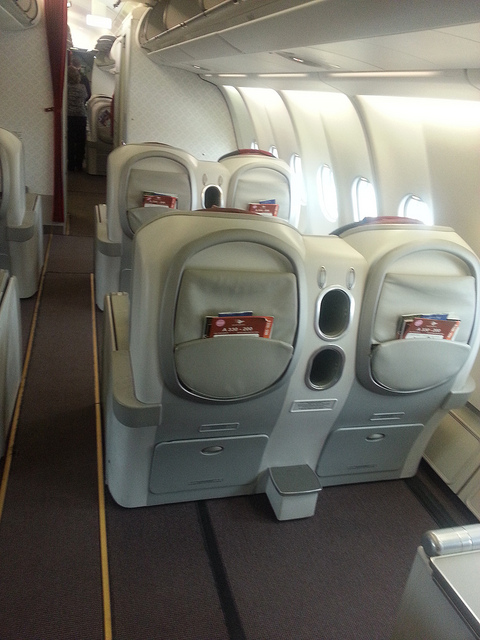 very generous space. I have yet to see the cabin meal service and such to be able to determine if this qualifies for a full business class service. But just judging on the seats and cabin space for this zone against the fares, I am absolutely convinced that you will get maximum value of what you pay for.

While I am thrilled about the Executive Class cabin, things are not so exciting on the Economy class zone.. 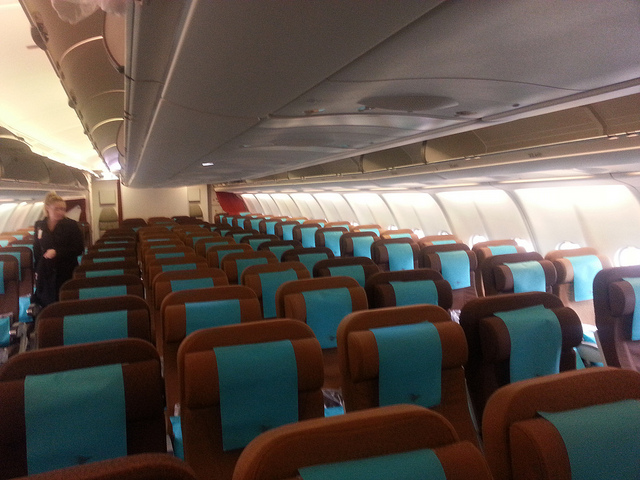 2-4-2 configuration. This is superficial but the color scheme wasn’t very attractive. 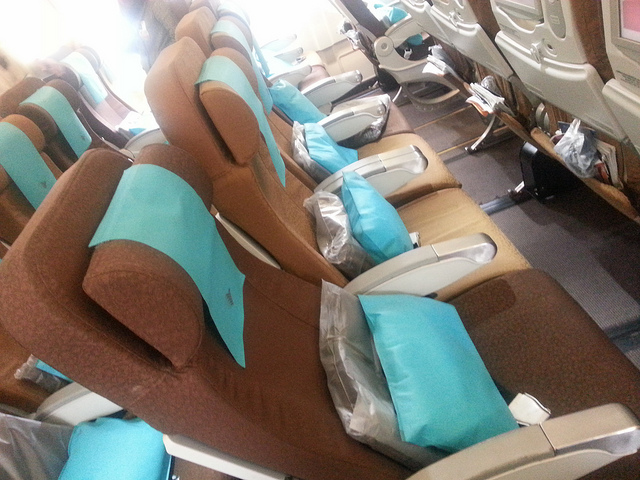 standard recline. but it’s good that each seat has its individual monitor. It’s still not standard for all airlines to have individual monitors on all seats. There still are a handful of airlines that stick to the very 90’s style of having the projector screen. 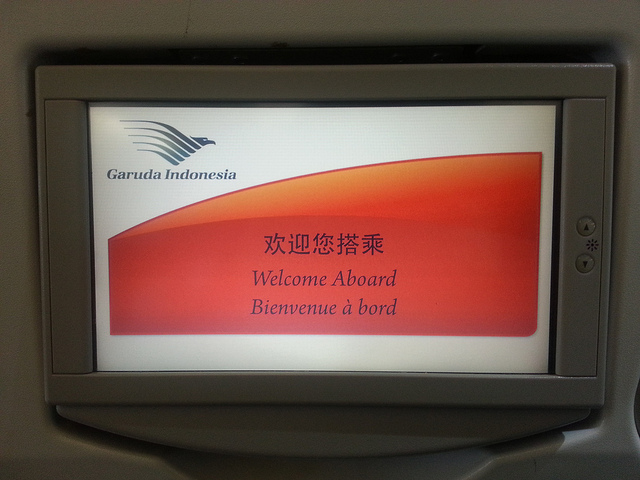 But this is what really got me horrified. 2 lavatories of the entire Economy zone was out of order. Que horror! 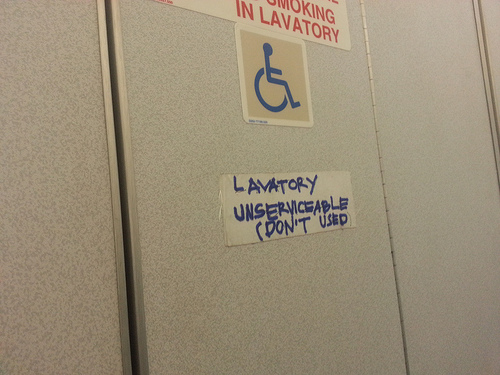 Can you imagine the long line of people on the 6-7 hour flight? 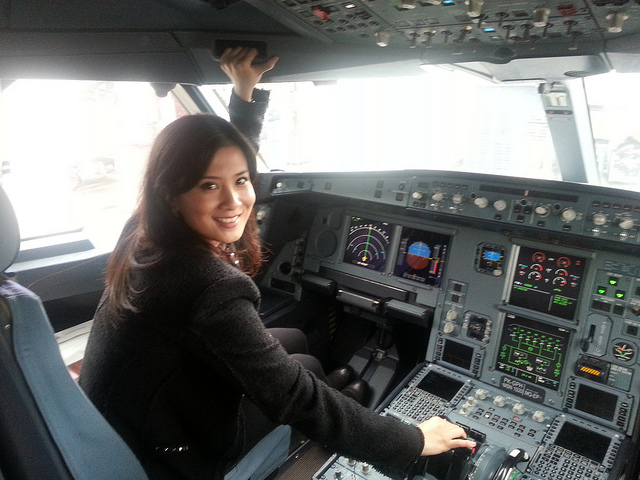 If I didn’t fail math in school, I would consider becoming a pilot. Seriously!

For someone like me who is addicted to travelling, doing this is like having a very juicy hotdog dangle on top of my nose. So close to take off, but not quite!