Back to our journey…Well would you believe it, we actually (finally) left Montana. I don’t say this like I’m tired of it–it just felt like we’ve been in this great big state forever! There’s just so many things to do there and loads of places of interests to see. And we hadn’t even hit the more major cities like Bozeman and Helena.

Thank you, Montana. You are such a beautiful state, perhaps we shall see you again soon.

We headed further south, and drove through the Grand Tetons. 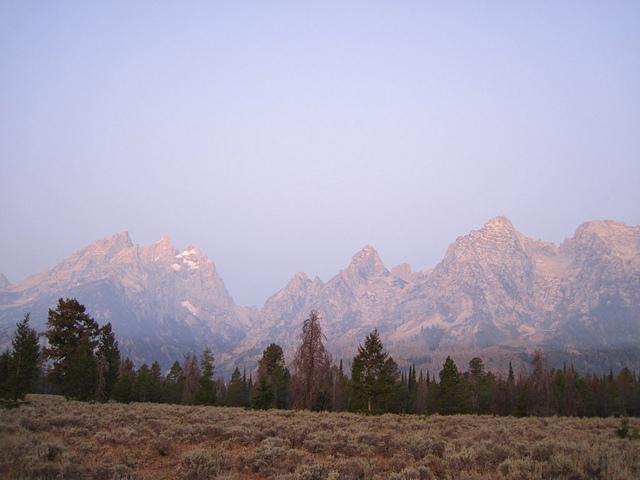 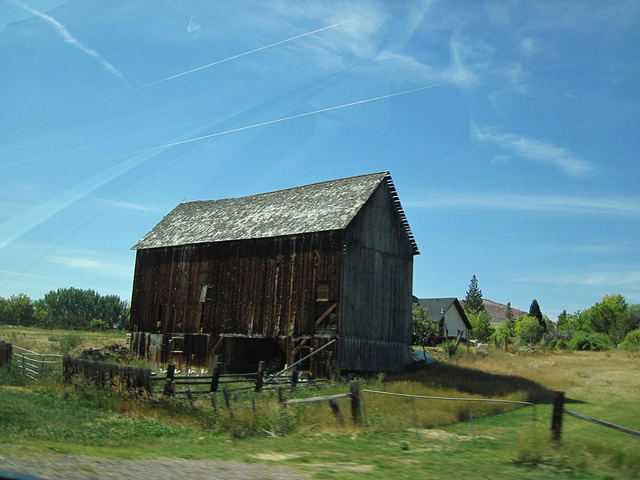 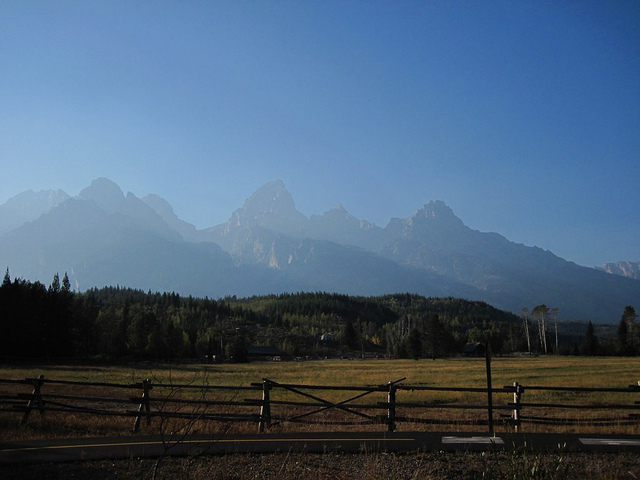 The drive was very picturesque – a mix of forest, prairie and mountains. 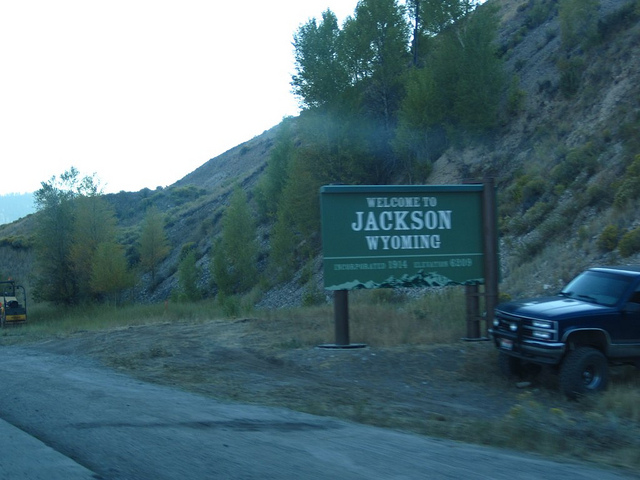 Jackson is a valley and is more popularly known as Jackson Hole. The term “hole” was used by early mountain men in the area, when they descended from the Teton Mountain ranges, it gave them a feeling of going down “into a hole” so the name stuck.

It’s a misleading name as “hole” will give you the wrong impression of a very apocalyptic area.

I wasn’t able to take a photo with my own camera but this is downtown Jackson, Wyoming

It is such a pretty downtown. We were there for one night only but it was nice walking along the streets at night. It’s a very touristy area and they do have quality souvenir shops.

Since we were staying only one night we made sure to hit the definite “must-go-to” place in town: 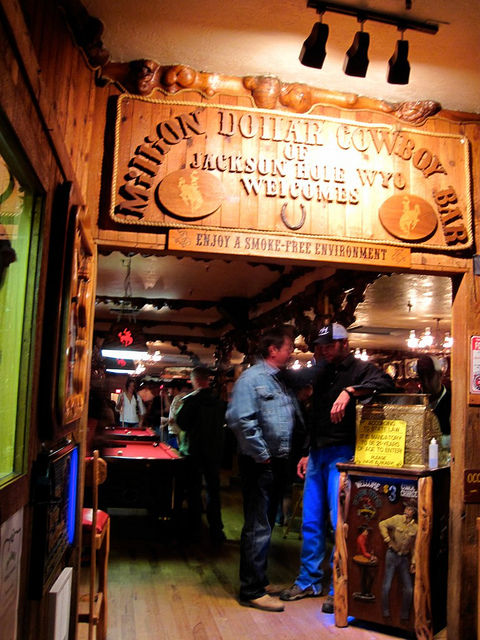 The Million Dollar Cowboy Bar! It’s a bar that has a basement restaurant. We ate dinner at the restaurant and then headed up to the bar to people-watch.

Well there were cowboys (or cowboy looking men anyway) everywhere. The place has such a fun vibe, and later at night, a country band started singing live upbeat dance country songs and every boy grabbed a girl and started dancing. It was so fun to watch. We sadly didn’t have enough energy to dance and do the do-si-do. We were quite exhausted from the long drive and we were going to have an early start the next day driving.

After getting ourselves some souvenirs we called it a night, and headed out the next day to Salt Lake City, Utah.