Hello! This post will be one of those “meanwhile, in real-time…” kind of update. I think I’ve got to write an average of 10 posts a day in order to be blogging in ‘real time’ before 2013 starts!A month ago, Zombie  celebrated his birthday. Giving him gifts is pretty easy. He’s definitely not a fashionista and I let him have his own style so clothing isn’t on the list. Plus I think that’s one hell of a boring gift anyway. Well he’s a bit of a techie but I’m not, so getting techie stuff for him won’t really result in a successful surprise.Both him and I are action/adventure types of people, so usually the gifts I give are the experience kind. So that I can join in the fun too! Haha 🙂

This year, I asked him , “If you could win any medal in an olympic sport, what would it be?”

He has zero background in the sport (except for Wii Fit) and he’s always shown interest in the sport on tv when the London Olympics coverage was on.

So I got him a 4-course Archery program at the Sydney Olympic Park.

We’d both been caught up with work and stuff so we only had the time to schedule the first session today. 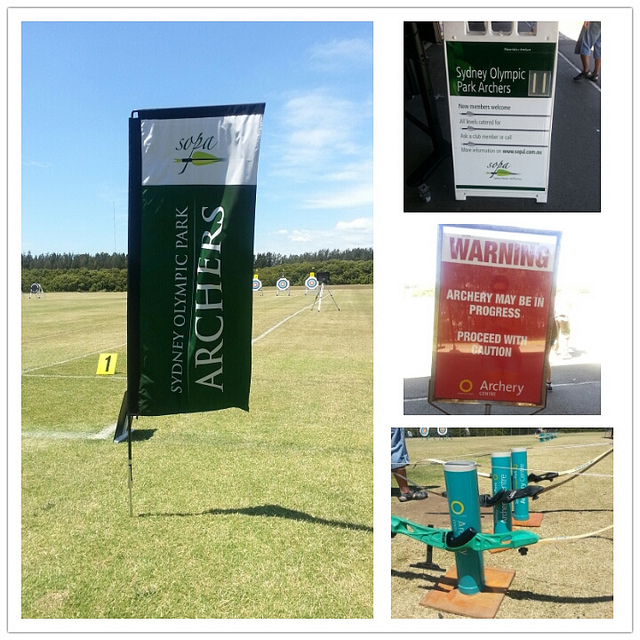 Perfect weather for it too! It was quite hot, and not a whole lot of wind so it wasn’t too hard on us beginners.

To proceed to the beginner’s level course, you have to complete the “Aim for Fun” program which is what we did today. Pretty much the basics of archery for about 2 hours. 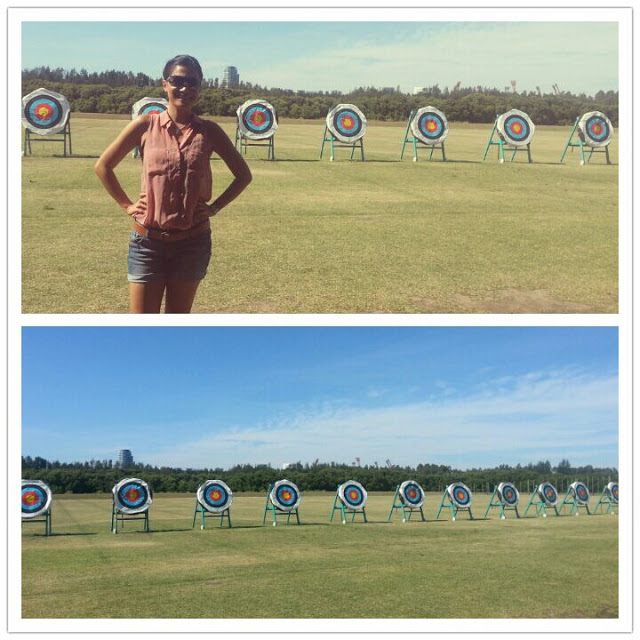 Impressive target line up. It was quite full, about 15 of us doing the Aim For Fun course. All equipment are new, and it was cool to know that this was where the Olympic Archery Event really took place during the Sydney 2000 Olympics.

In a nutshell, I can say this about Archery: It’s not as easy as it looks, yet definitely much MORE FUN that it looks also.

Throughout the 2 hour period we progressed from hitting the green target (Grass!) to hitting just within the actual target, and soon they placed balloons on the target for us to pop. (I never got to pop mine!)

My fingers were soon numb and my left arm was bruised from being hit by the string (all of us had this syndrome. pretty common when you don’t have the proper protective archery hand gear)

Zombie definitely showed potential in this field, so I know my gift was perfect. 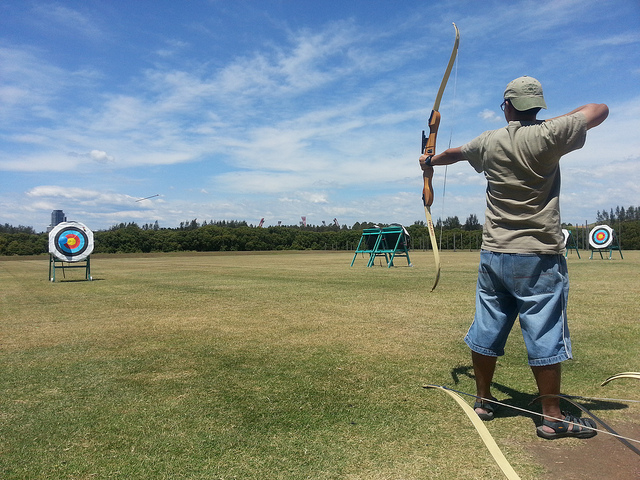 We went with our friend too and we all had fun for our first go at Archery. I’d been playing all those Hunger Games and Robin Hood kick-ass archery scenes in my head the whole time. Unfortunately they remained to be what they really are– Movie scenes! Definitely Didn’t happen to me this morning!

A fun session like this is not complete without a commemorative battle scar. All  3 of us bore a pelt looking bruise on our inner forearms

It really ain’t so bad considering the therapeutic fun Archery brings– there’s nothing like the rich sound of thud, when your arrow hits the target (ANY colour in the target for that matter)! Will I be doing this again?It’s not for speed or thrill seekers but for the satisfaction of every arrow hitting the target gives….Definitely!