There’s only one thing I love more than as much as Filipino food. Among all Asian cuisines, Thai food, to me, is the end all and be-all. Such varieties, ranging from healthy as a leaf dish, to deep fried heart attack-inducing delicacies. And what they do to with those herbs is just one of a kind.So when I found out that the Thai Consulate in Sydney was hosting a Royal Thai Festival on the weekend, that’s where we spent our Sunday afternoon.

There were a lot of singing and dancing on stage, but here were my favourite parts.

Muay Thai! I’ve never seen a real Muay Thai match. And when I say real, I mean not the ones that are from a cultural village somewhere in Phuket, Bangkok, or Chiang Mai. But even the choreographed ones are very convincing! 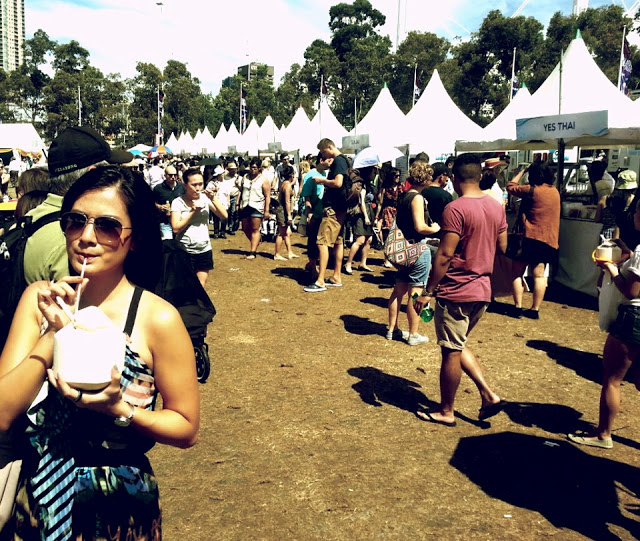 There were rows and rows of food stalls offering Thai entrees, mains, desserts, and drinks. But nothing beats all natural, cool coconut juice on a hot Sunday afternoon.

For late lunch I had Pad Thai and Pad See Eew. For stall food that’s hastily done, they were really good.

There was also a puppet making booth where kids can come and spend the day away from the scorching heat.

And a makeshift studio where you can pose like you are in Thailand. Really.

Those who know me well know how excruciating this pose was for me. But it will do.