Venice (the suburb where Venice Beach is) is a beachfront neighbourhood in the Westside part of Los Angeles. It was originally called “Venice of America”, inspired by Venice (Italy) because of the canal neighbourhood behind the beach.

It became a favourite of Old Hollywood pioneers, like Cary Grant and Charlie Chaplin (they shot their backdrops here and also used it for their personal/private parties)
Through the years, Venice beach continued to be the heart and host of artists and creative individuals. Now, locals and tourists alike frequent the place for events, to work out, take photos, have meals with marijuana gummies on the side, or swim and surf.
All these years of visiting Los Angeles, and I only got to set foot on this famed beach last October. 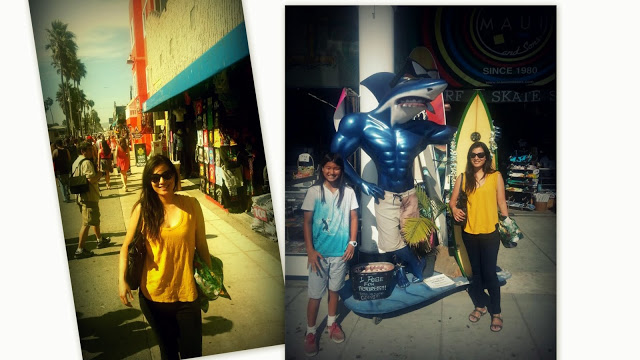 It’s a pretty long strip of a beach, and we spent the afternoon walking from one end to the other. It’s a walk through the twilight zone, I tell you.  More specifically, it’s like going through a time-trip back in the 70’s when people were busy raging wars against wars, and spreading the love. The very familiar sweet scent of happy herbs wafts throughout the entire strip, and it is quite possible to get high if you stopped at one area just a little bit too long.
And there are a whole bunch of things too that will make you chuckle and think , “only in Los Angeles, baby…” 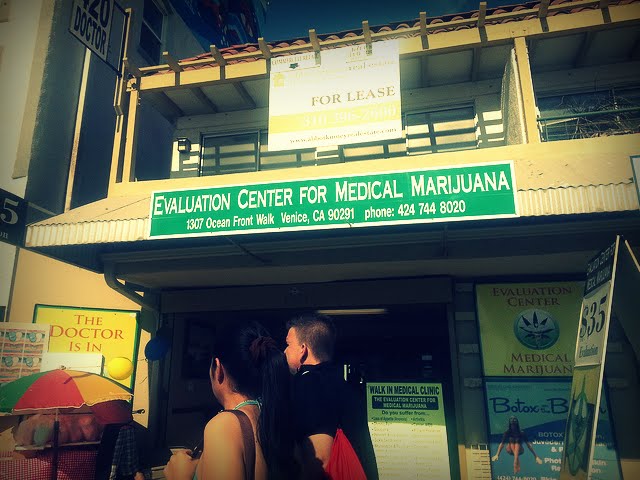 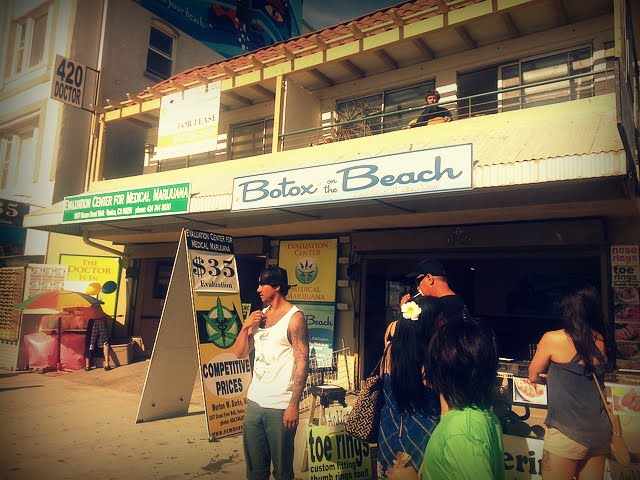 There were a lot of fortune telling kiosks too, and tattoo and piercing stands. Just a very happy hippy beach!
There was a shooting production for a TV ad when we went so it was abit crowded. But I can imagine that any given day in Venice Beach would be equally bustling.
The most interesting thing I saw was a burly Latino man holding the cutest, cutest baby pitbulls in his arms for sale! I just wanted to hug ALL of them.
I didn’t swim at the beach but I did a lot of people watching. Almost every person that my eyes laid on was a character of interest. I managed to catch a couple of shots of a bronzed figure though: 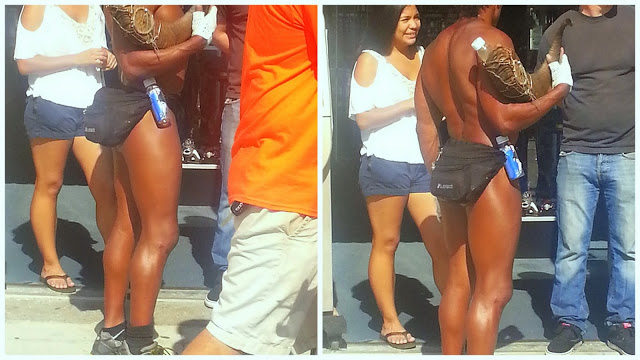 Aye, Caramba!!!!
I would recommend that you visit Venice Beach at least once. If you are into the trippy, happy love bus crowd, you will definitely have fun. Even if you’re not, give it a go. It’s worth the people-watch scenery 🙂
And just behind all these hustle and bustle, lies a very quiet neighbourhood , where  the famed “Venice of America”, all began 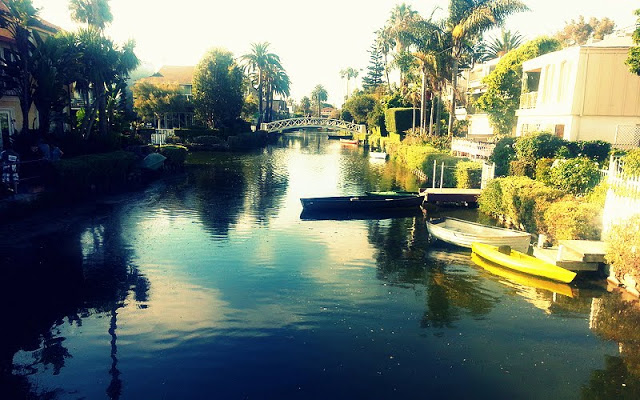 Prime property location in Venice Beach.
——–
HAVE YOU BEEN TO VENICE BEACH? DID YOU LIKE IT?
WHAT’S THE MOST INTERESTING BEACH YOU’VE EVER BEEN TO?