So here we are now. Bora Bora. The island so famed for the magic it brings. We took the domestic French Polynesian carrier, Air Tahiti , from Moorea to Bora Bora. 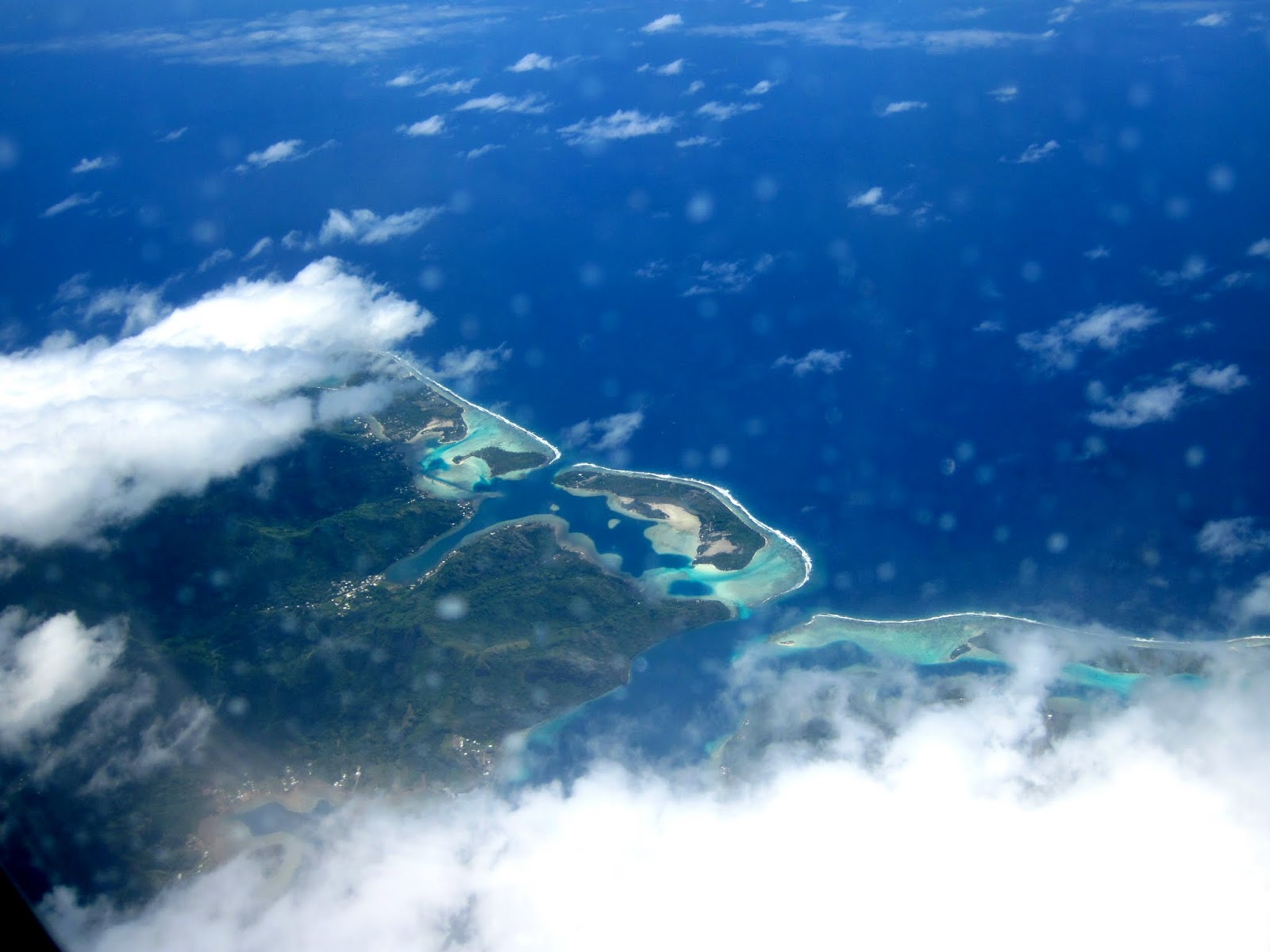 Not the best of air shots. I was too stunned to take photos looking at the magnificent view.  Photos later will do it more justice. 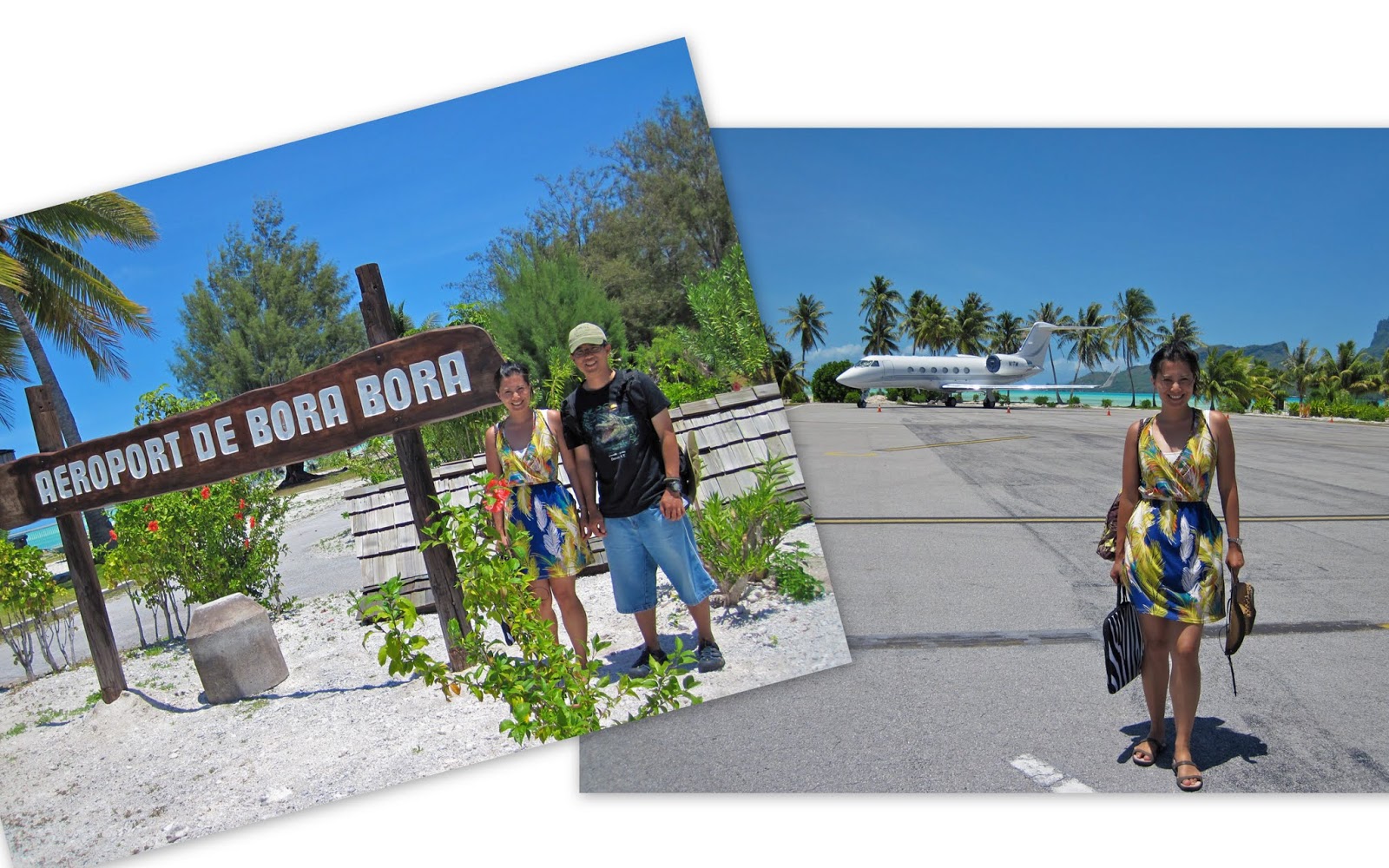 The airport is tiny. And lovely! That wooden post is the only sign that you have arrived in Bora Bora. I love that it doesn’t have any fancy welcome, or worse, billboards with ads. Because seriously, just looking around, the airport surroundings already speaks for itself.
Inside the airport, there are several hotel desks with staff who are ready to welcome you with garland and cool towels. 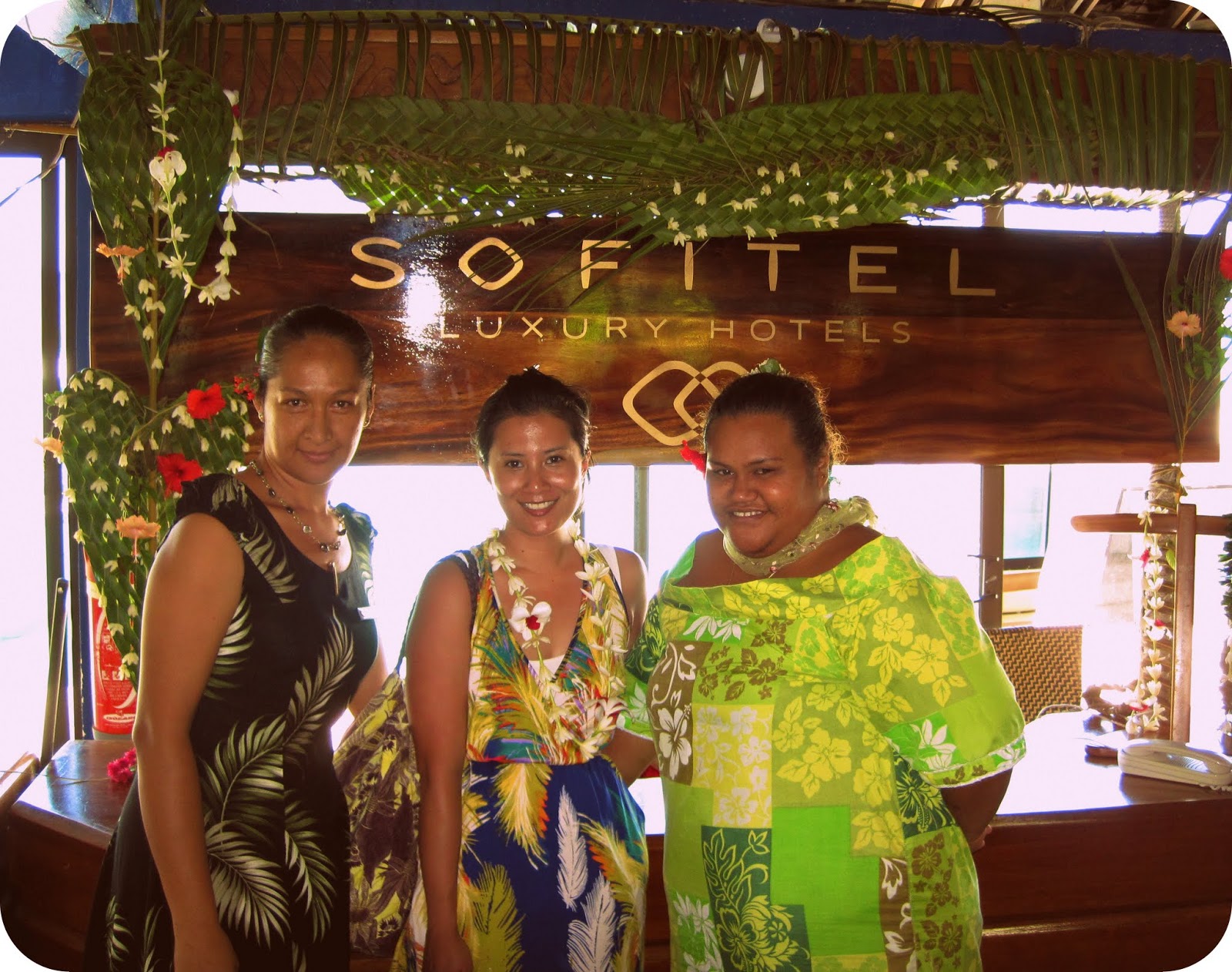 We booked at the Sofitel Bora Bora Private Island. After much deliberation (there really isn’t a plethora of hotel choices in Bora Bora, they are all 4 star at the least, and above. Or guest houses), we chose the Sofitel purely for the Private Island. The Sofitel in Bora Bora has 2 parts, one is on the main Island (which is called Sofitel Marara ) and the private island (called Sofitel Private Motu). There is a 2 minute boat ride (on demand) in between the 2, so guests at the private island can freely use the amenities in the main island (but not vice versa). We chose the private island because of reviews that it had one of the best snorkelling around Bora Bora. And we weren’t disappointed. 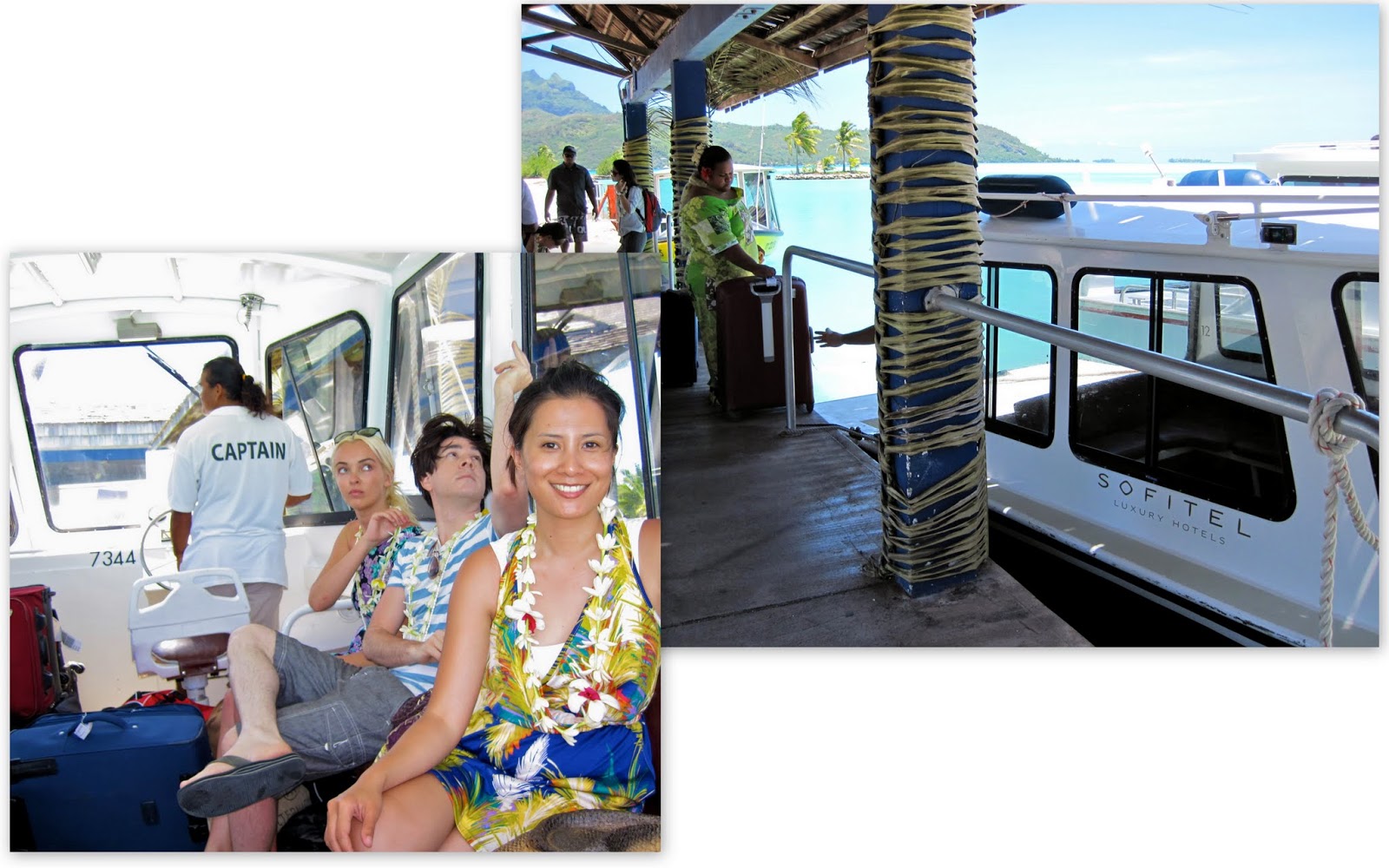 The boat ride went for about 20-30 minutes. Already, the view was “holy-smithereens-this-takes-my-breath-away” moment.. 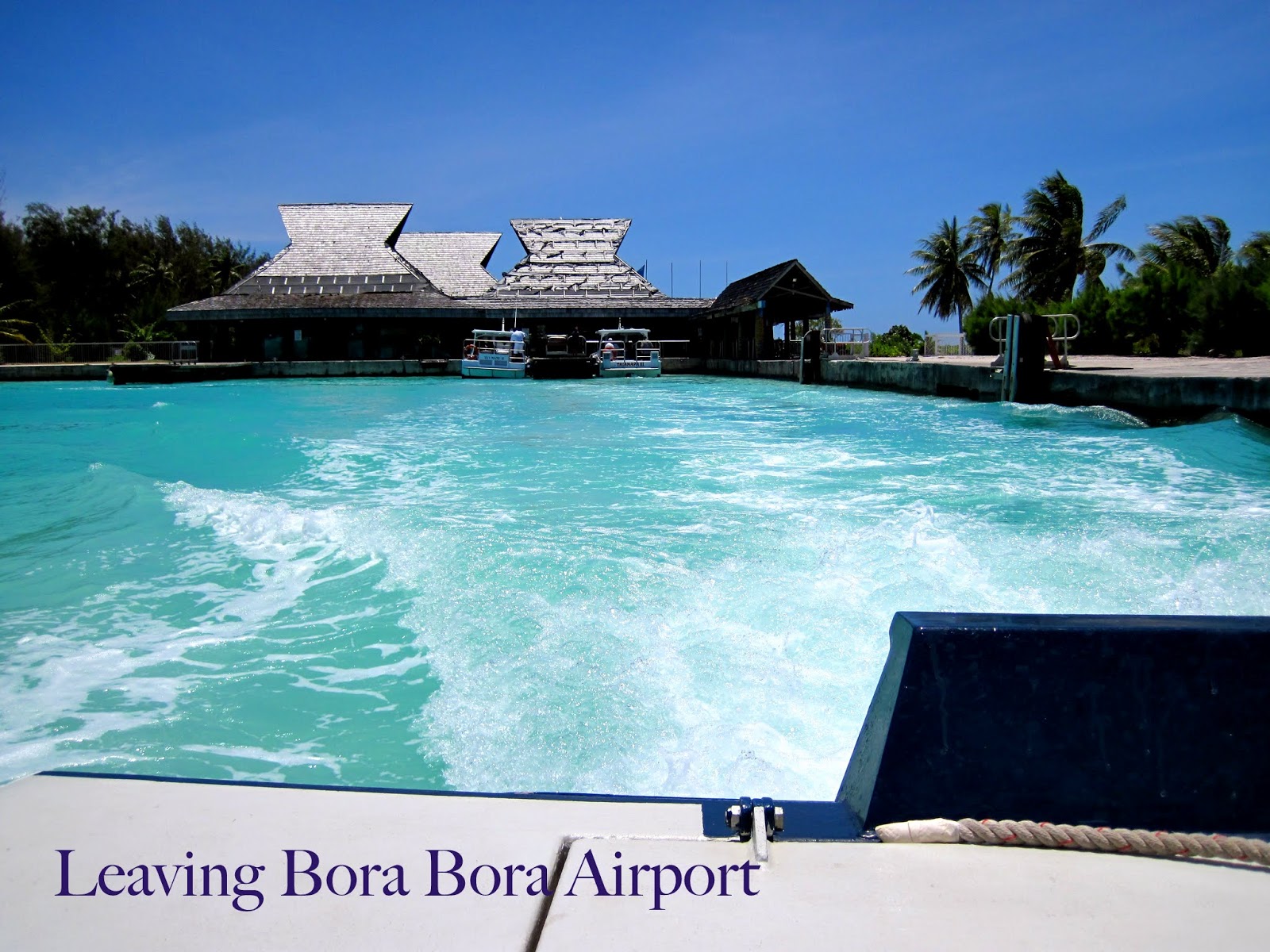 That’s the airport. It looks just like a small dock, and I’m glad it’s that way. It’s a landing strip in front, and a dock behind.
And these were the views we had heading to the hotel 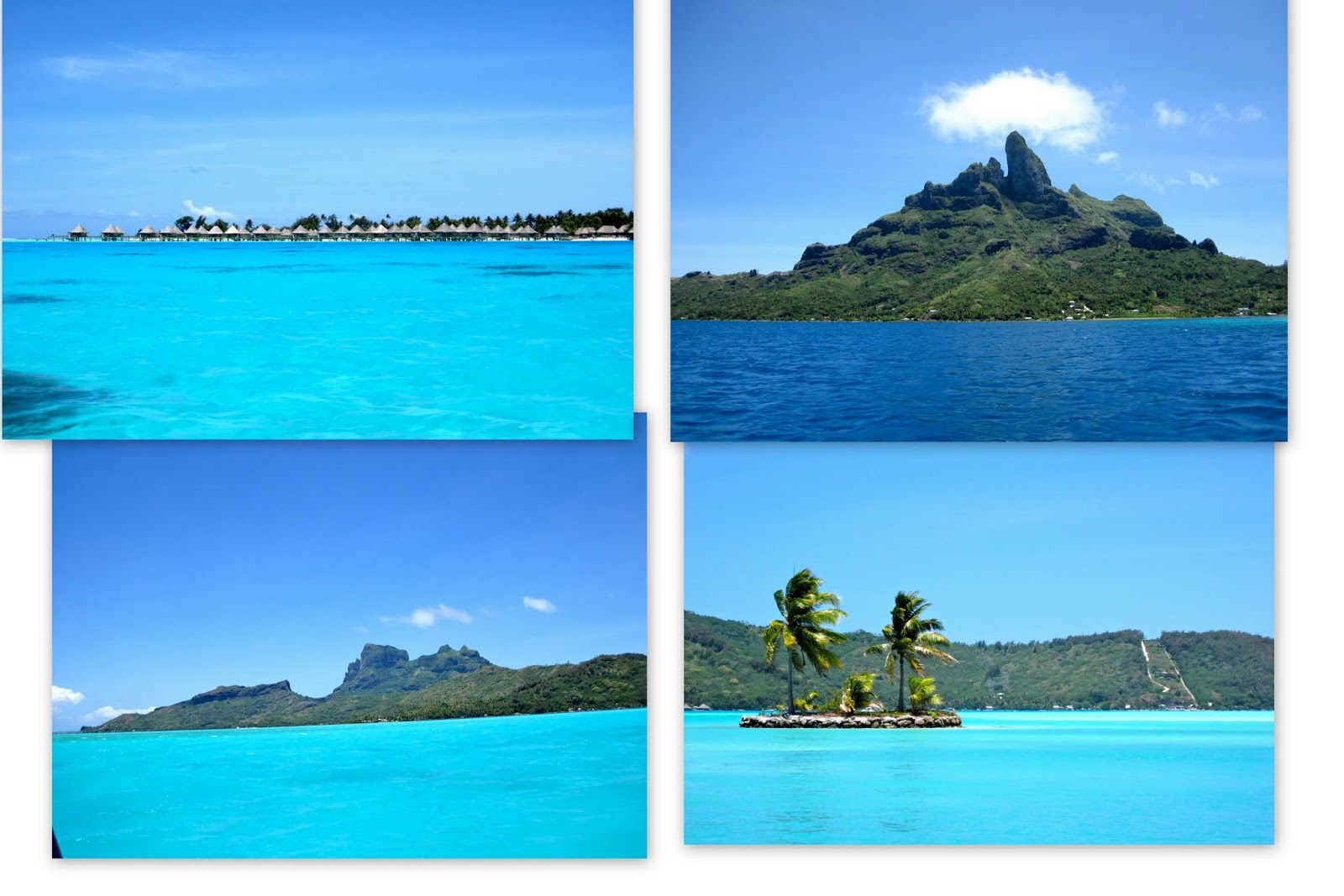 The waters are so unreal. It does feel like I have jumped inside a screensaver, one of those photos we always have on our phones or desktops but kinda think “nah, it can’t really look like that in real life..”, but Bora Bora? It defies all jadedness. 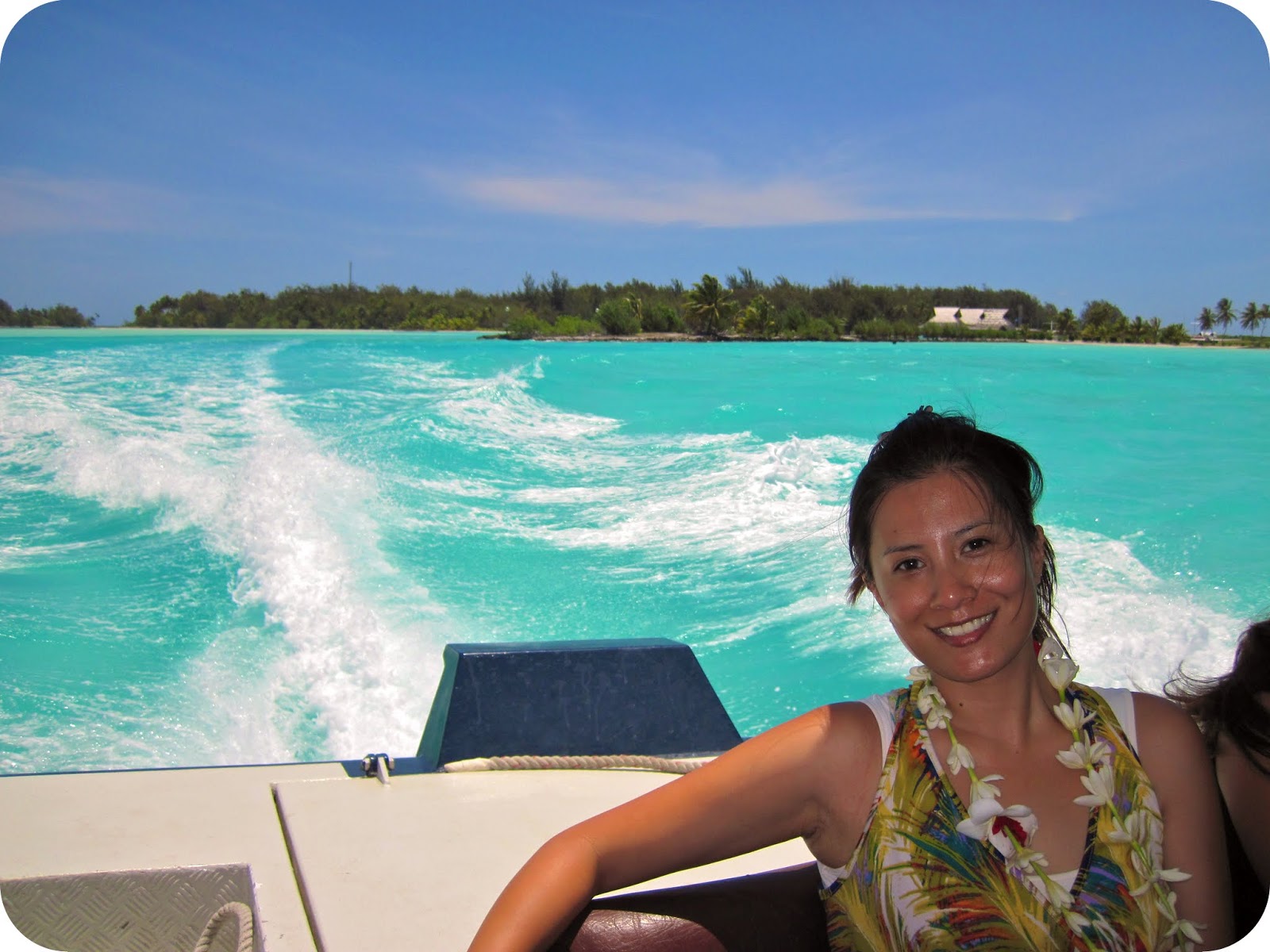 We soon reach the private island dock, and we were greeted with the warmest welcome… 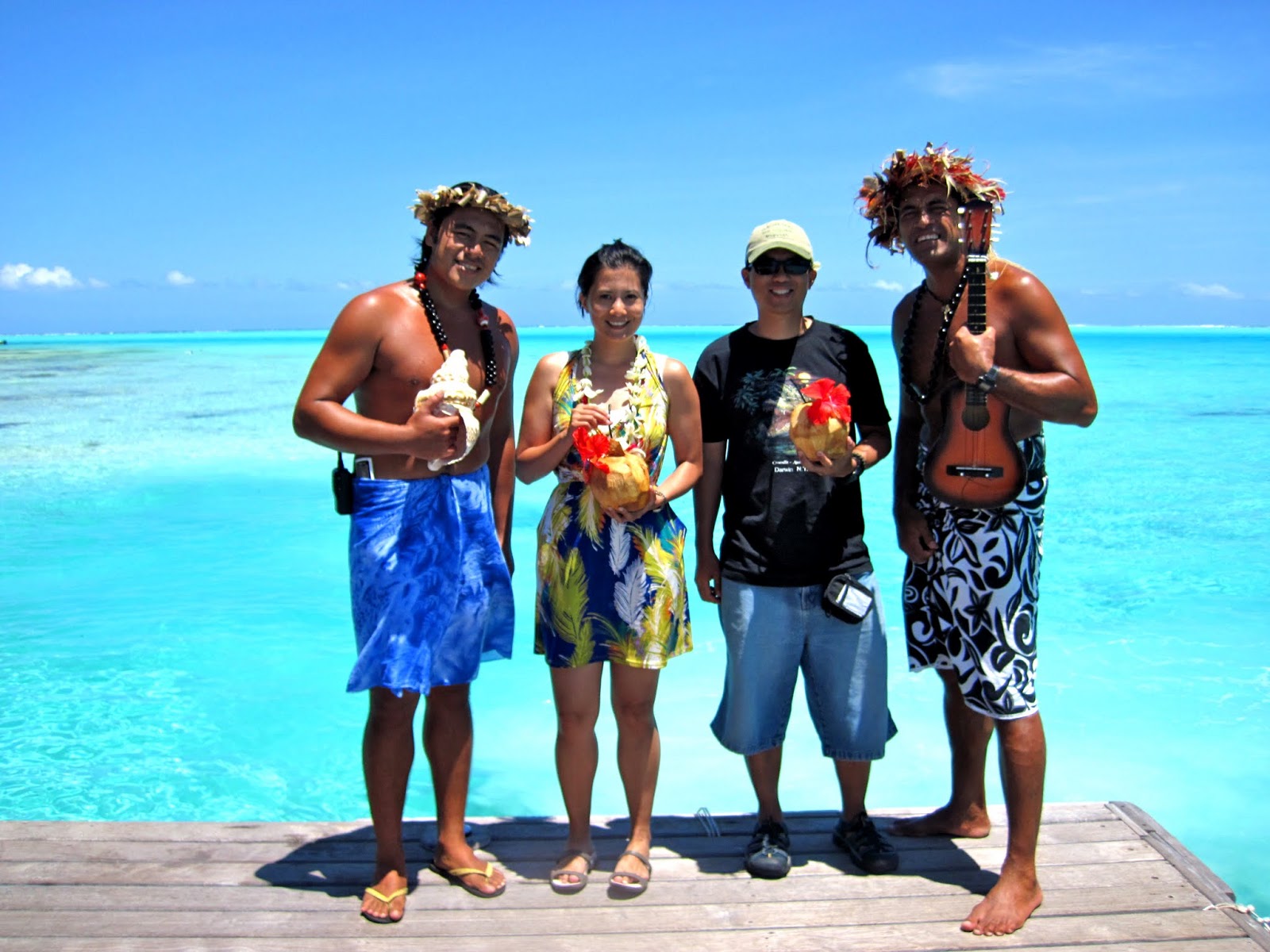 Meet Serge (leftmost) , and Giovanni (rightmost). By the end of our trip, we had conversed with them in such depth that gave us a whole new perception of Tahiti, and I cannot thank them enough for trusting us and opening up to us genuinely and wholly. I will later write a separate post about our encounter with the wonderful Tahitians, who are the reasons why we will go back to this place someday soon. 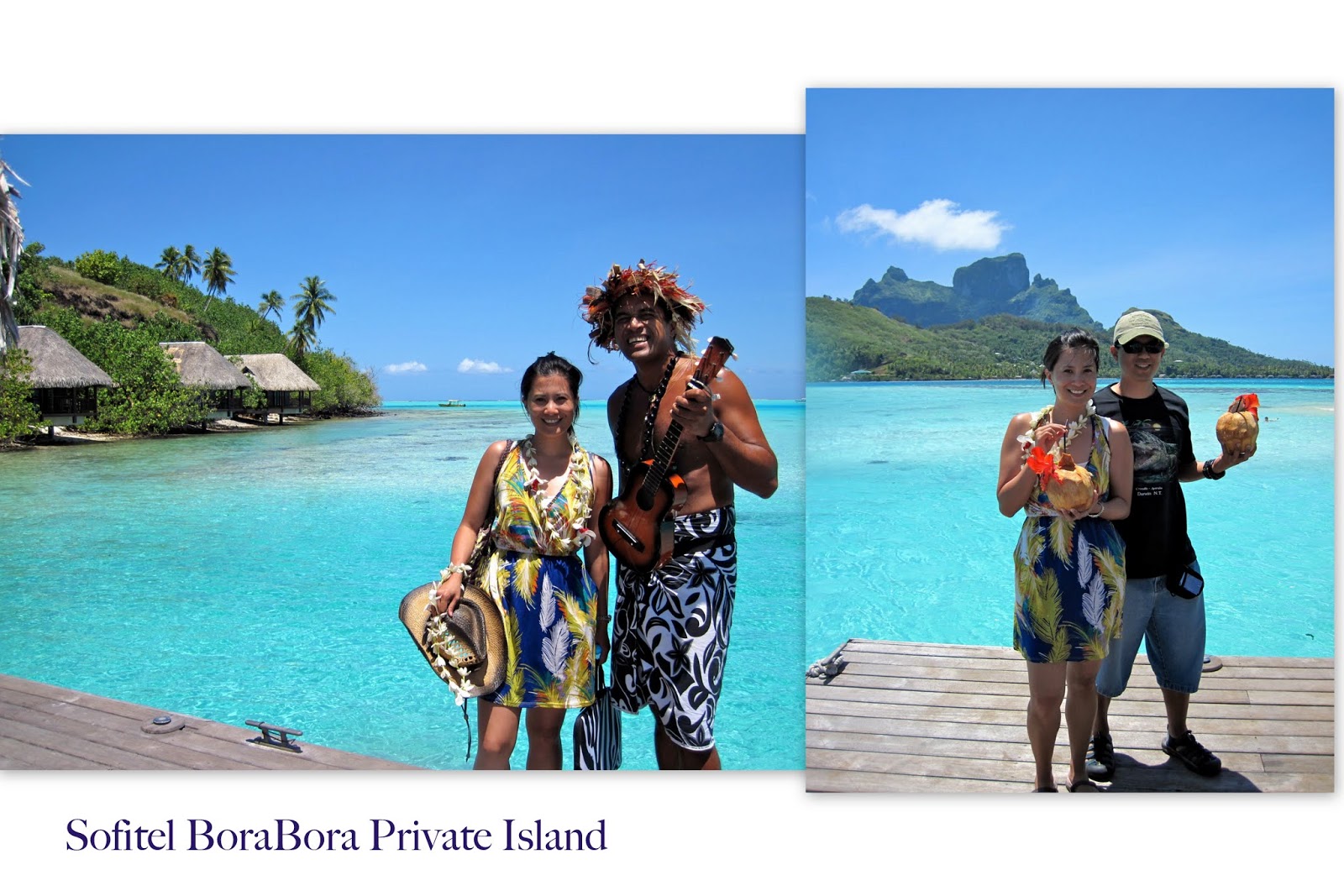 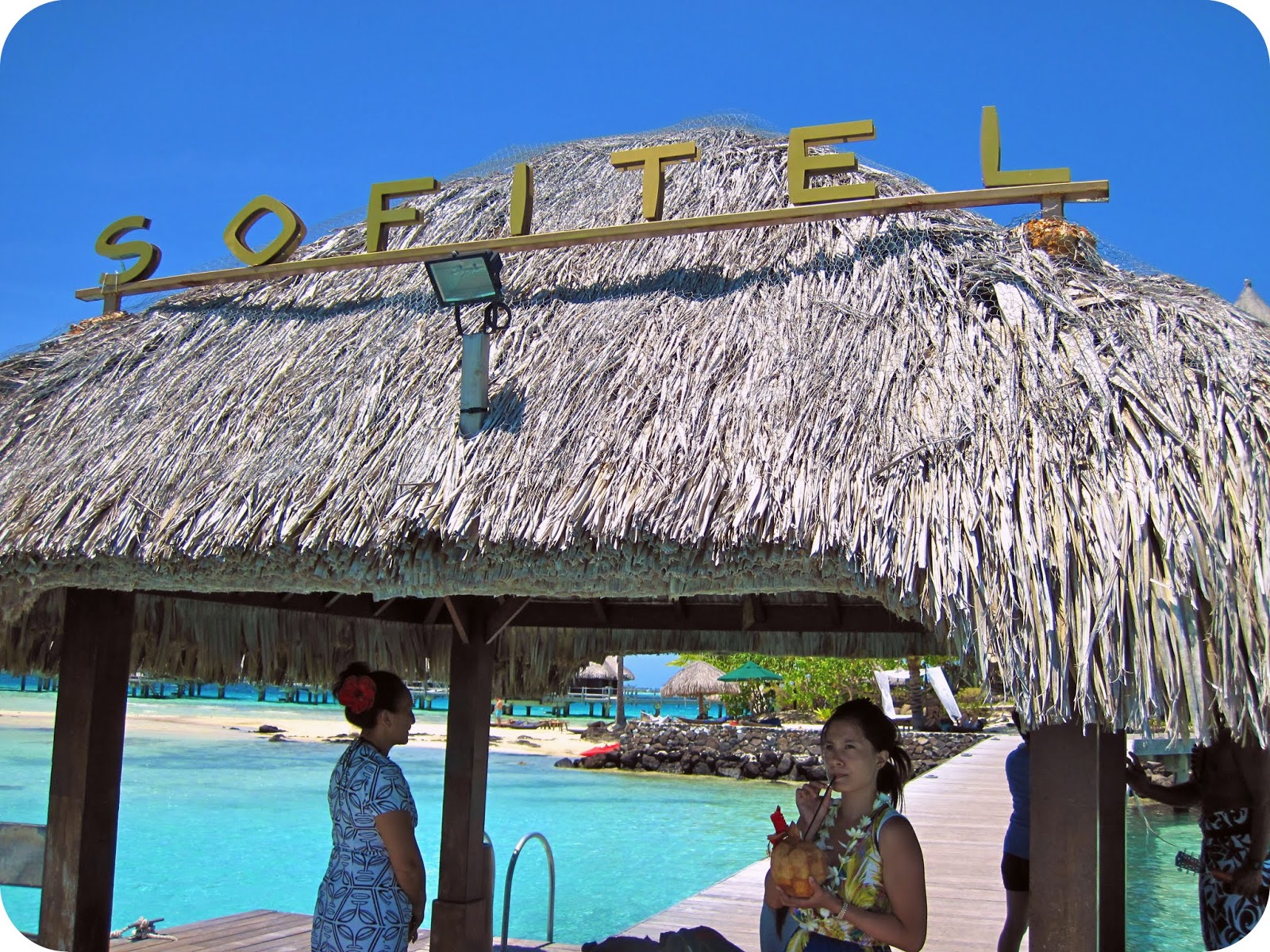 We were given fresh coconut drinks and more cool towels. And were briefed about the ameneties of the private island, where to have breakfast, how to request for the private transfer, etc. 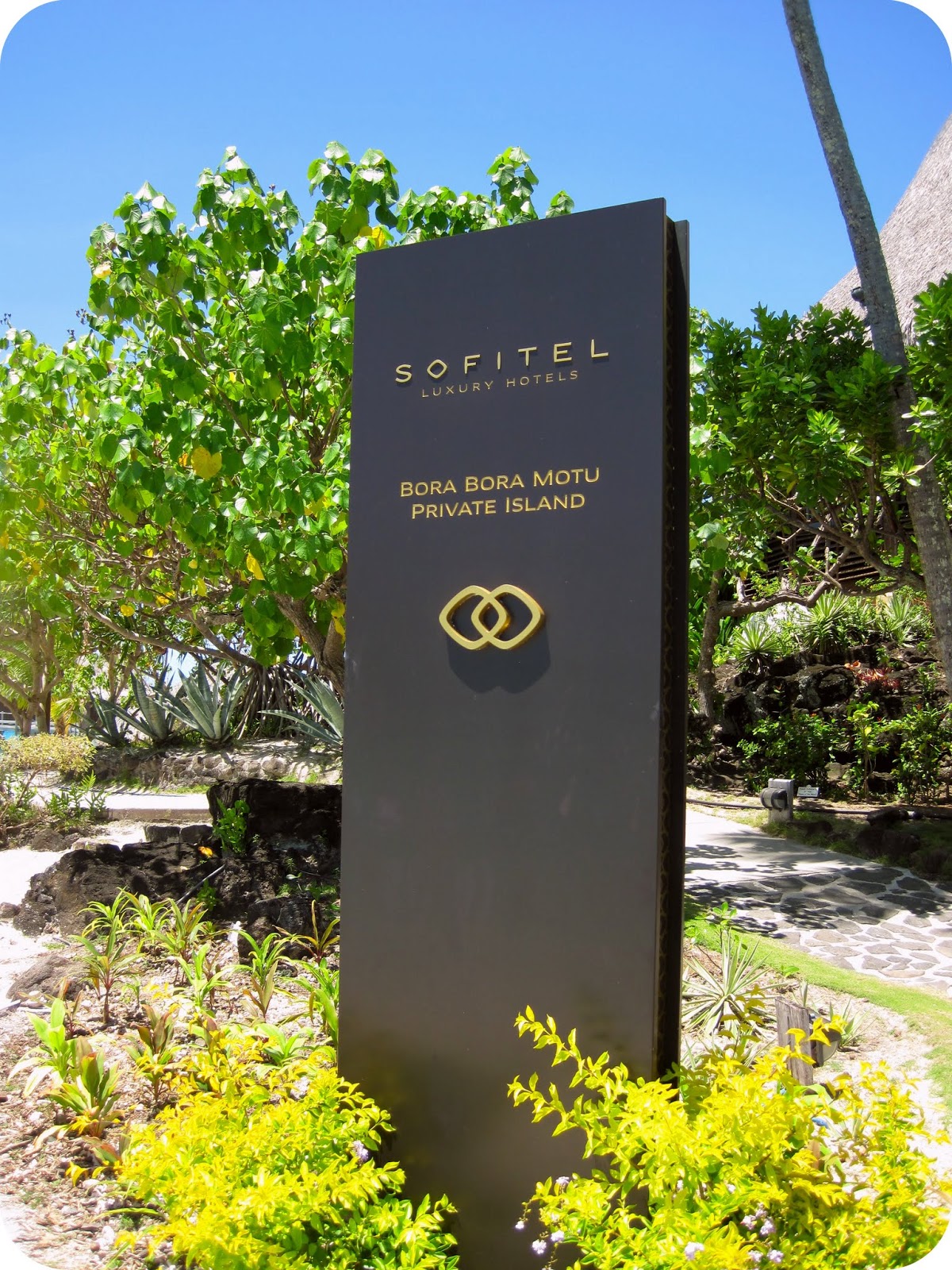