Mention ‘the Philippines’ and foreigners will most likely say “Boracay!” as one of the country’s main attractions. So when I went on an island hopping Philippine trip, I decided to see if Boracay really is worth all the titles and the hype.

Prior to this visit in May, the last time I was in Boracay was 2003. And before that, I’ve been there about 3 more times. When I first went in 1992, Boracay was virtually unknown. It was such a trek to get there. We came from Iloilo, and from Iloilo a van ride from hell to get to Kalibo. Then another back-breaking journey to Caticlan, and then by boat to Boracay Island. This was 1992 and the roads weren’t paved, shock abosrbers in vans were optional and our air conditioning broke down but the moment our feet touched the powdery white sands of Boracay, my 11-year old self then knew that Paradise existed.

Back then, accommodation in Boracay were just nipa huts turned into make-shift accommodation/inns. We stayed in a hut that wasn’t beach front. We had to walk about 10 minutes from shore to the cottage. But the waters, they were just unbelievable. And it felt like we were the only ones in the island.

Fast forward to 1997. Boracay was by then starting to make its name around the tourism circles. Transportation was much easier, domestic flights from Manila were more frequent. Modern accommodation can now be found. This was the best Boracay trip I can remember. The slightest touch of civilisation in the island but the waters were still crystal clear. And most of all, it wasn’t crowded. Since then I frequented Boracay during my University days, with my latest visit in December of 2003.

In 2003, Boracay was already crowded and commercialised. Bars and nightclubs came alive at nighttime. But it was still a good break and respite coming from Manila. Semestral Break? Boracay! Christmas Break? Boracay! Summer break? Boracay! Thesis done? Boracay! I found all excuses to go to Boracay.

Obviously, I loved Boracay all those years for me to keep coming back almost year after year. There was a time between 2001-2003 when the waters were almost all GREEN from algae (those who frequented Boracay at that time would remember!) and you have to swim a fair bit away from the shore to get to clear waters. In the last 10 years, Boracay has been the ‘place to see and be seen’ in the Philippines. Acting like the unpopular plain best friend, I shied away from Boracay all this time as it became more and more popular. I felt like the young and innocent beach that I once knew in 1992, now just opened her arms for everyone and anyone who wanted to party.

I was given the opportunity to visit the island again last May and I managed to squeeze it in between my island hopping trips. Although it was scheduled at the last minute, I thought it would be a good idea to reunite with an old flame, and see if the ‘spark’ is still there…

Now here is how I find Boracay 10 years later.

Getting to Boracay from Manila has come a long long way. Whereas last time we had to seek arrangements by word-of-mouth (ie if a cousins’ distant relative knew of a van service, boat, etc), now it’s almost easier to arrive in Boracay than it is to hail a cab in Metro Manila. Along with the domestic carriers arriving into Caticlan with several flights daily, it’s also easier to book flights via the Internet.

From the airport, you can easily catch a taxi/van service to the pier, where several boats can be used to get to the actual island of Boracay. Depending on the hotel you book, some chains and properties have their own van service and speedboats to pick you up and take you straight to your hotel room.

It’s now much easier, more convenient and affordable to get to Boracay. Perhaps way too accessible, which leads me to my next point… 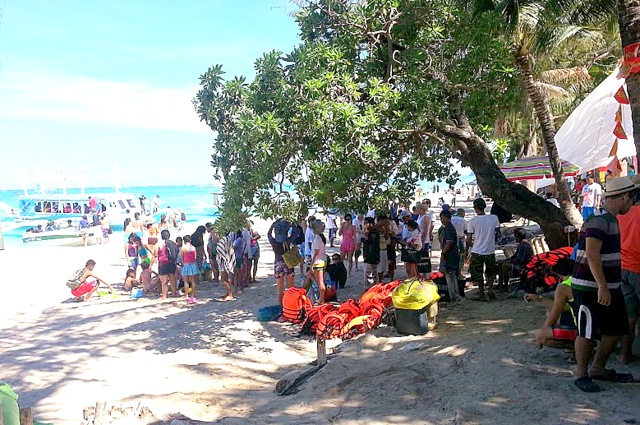 Now I don’t know about you, but my idea of a relaxation in a place that’s been dubbed ‘Asia’s Best Beach’ or ‘The world’s best island/beach”, is Not people surfing. While more people means that tourism is very well and alive, this scenario is Not the Boracay that I remember and love. And it makes me sad. One morning I just sat on the beach as I watched hundreds of boats come in and out- getting passengers in and out of the island, getting tourists out on their day and island hopping trip, picking up divers and scuba students, etc. To me it was quite horrendous as there was no way you could swim along the shallow waters anymore. Even if you still swam towards the deeper parts you wouldn’t want to risk being run over by the hundreds of boats. 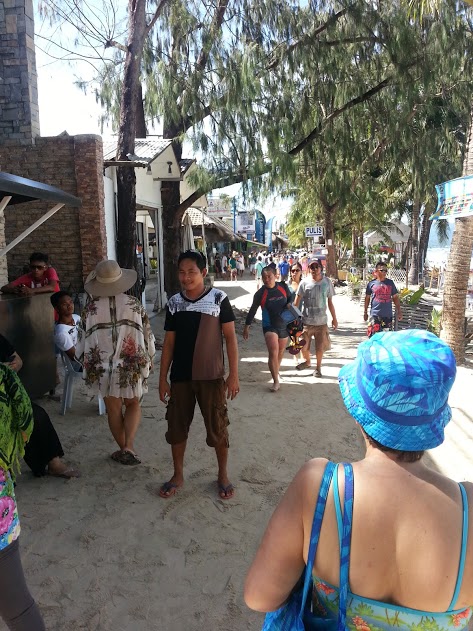 Walking along the beachfront road , you will constantly be greeted by ‘agents’ who will offer you deals for water and beach activities. You will not run out of things to do in Boracay as there’s so many companies running jetski, banana boat rides, parasailing, scuba, island hopping, etc. I found it quite stressful to simply arrange an activity. I wanted to go parasailing and spoke to one of the guys who also arranged out island hopping/snorkel trip. I told him we wanted to go parasailing around 4PM. We both took each others’ numbers and by 3PM, when I sent him an SMS asking if were still good for 4PM, he sms’d me saying there’s been an increase in the price from what we agreed earlier on during the day. You have to be prepared to haggle and negotiate when in Boracay. By that time I was quite spent from the activities during the day that I just wanted to simply relax and parasail. I didn’t want the stress of haggling anymore. I let it go and cancelled parasailing altogether.

Now when it comes to beach sand, I have to say, hands down, Boracay still tops my list. Endless stretch of white, fine , powdery sand–I am proud and glad to say that nothing still compares to the sands of Boracay. In the late afternoons, when the multitude of boats have gone, it is quite lovely to walk along the shore. That is, if you don’t mind the variety of noise coming from the beach road. Such as this afternoon when the above picture was taken, there happened to be a company holding its team-building in the beach and they had an emcee facilitating the games with a microphone on surround sound system, for everybody to hear.

Boracay’s hasn’t lost its famous blue waters. If anything, it became even more stark and attractively hued. However, I was disappointed with the quality and feel of the water. Last time, you used to be able to see fish in that depth (photo above). Now it’s just cloudy. And the water, there’s a slight slick feel to it, which is not really surprising with the amount of motorised boats coming in and out. And while the water wasn’t dirty, there was just way too many people swimming .I quickly left the moment I heard (and saw) the group of tourists next to us hawk and spit in the water. 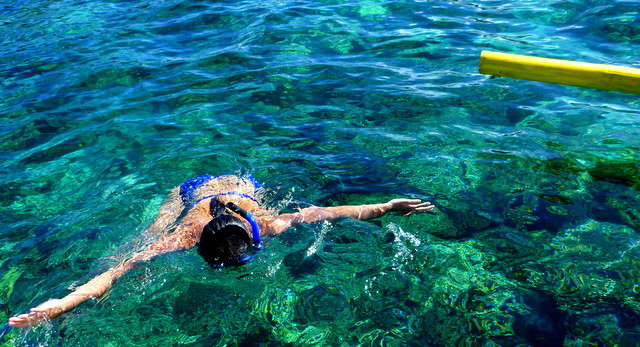 The next day, we took up one of the island hopping tours and we were brought to Crocodile Island, one of the popular islands to snorkel. First, when we arrived, there was a traffic jam of boats with each boat taking turns for its passengers to jump in and snorkel. When we had our turn, the waters by then were so choppy with strong undercurrents that it was difficult to explore far from the boat.

And as if that wasn’t bad enough (the traffic, not the choppy waters), here’s what I found underneath 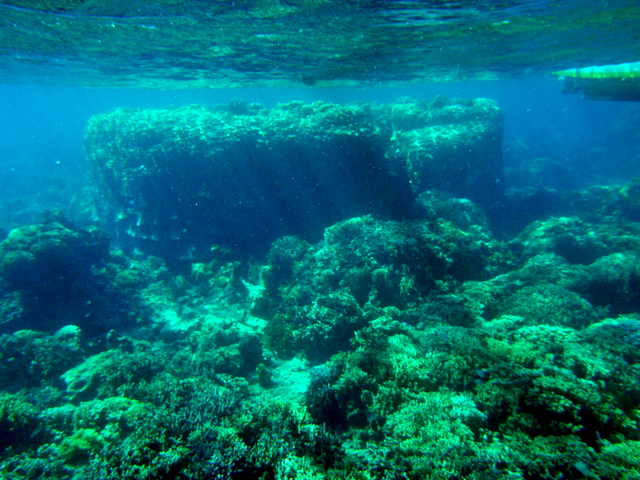 deserted corals that were almost dying. I’m not surprised that the fish are gone. If I were a fish and hundreds of boats came my way every day, I’d be out of there too! 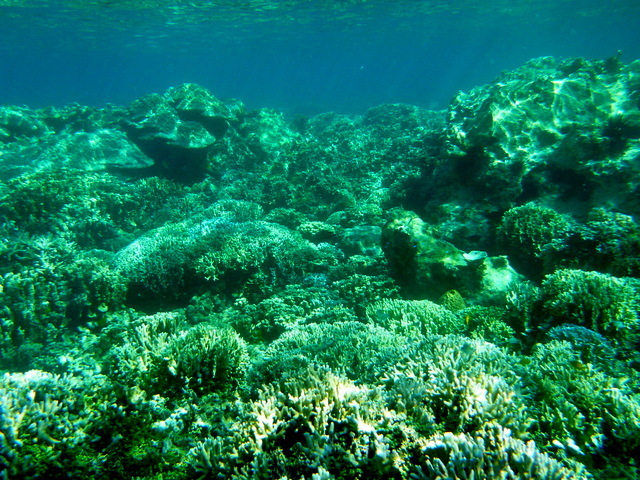 Seeing the corals like this, and knowing that it once hosted a thriving and alive marine life, was very sad and disconcerting.

There are lots of smaller surrounding islands in Boracay. One of the best ones is Puka Beach. I was surprised that it was still abit secluded considering the crowds back in Crocodile Island and Boracay. If you go to Boracay, ask the boatmen to take you Puka Beach as it still has retained its privacy from when I remember it last. The waters are nice to swim in but still no marine life present. 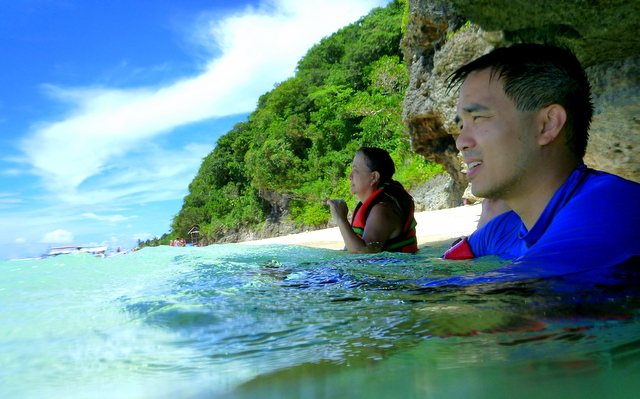 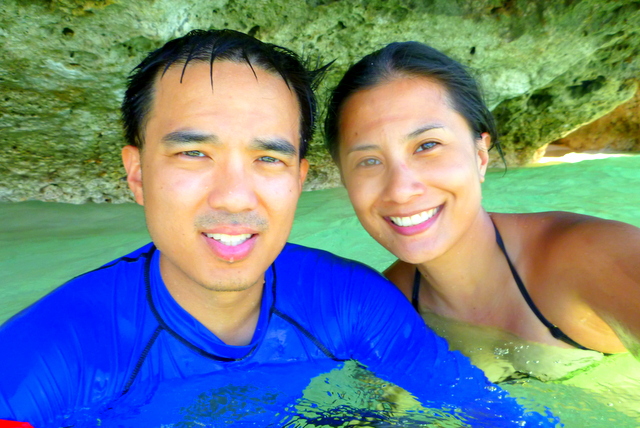 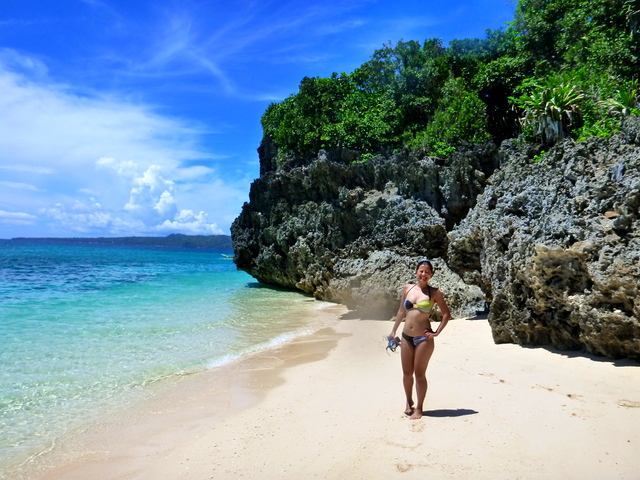 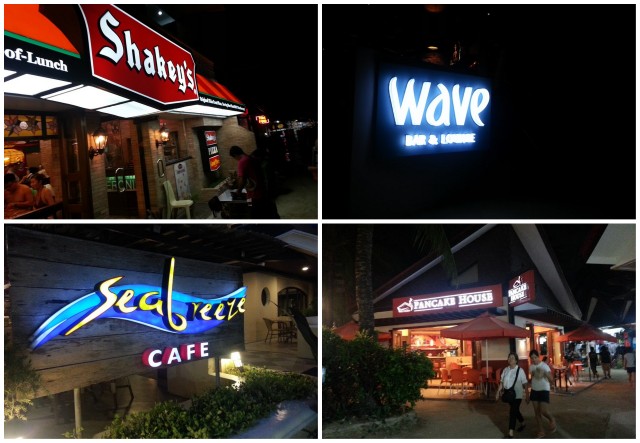 Foodies and party animals will rejoice in Boracay. Name any restaurant or fast food joint that’s in Manila, chances are they will have a branch in Boracay. While this makes things very convenient, it does not make me happy seeing Boracay, especially the “D’Mall” area turn into such a giant commercialised island. 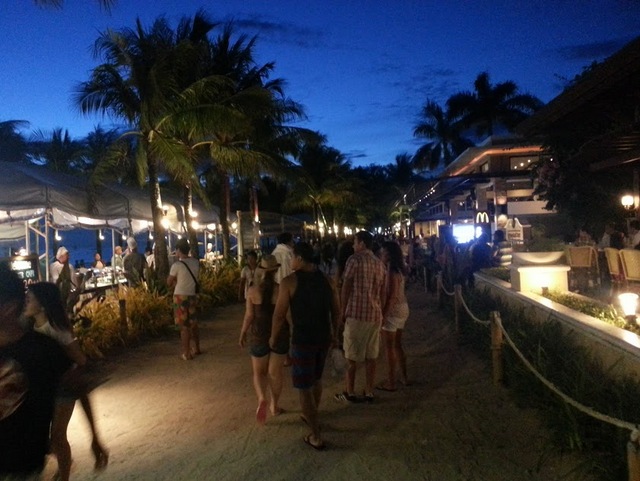 This is a typical scenario during dinner time at the beach road. Throngs of tourists in a dilemma where to eat given the plethora of restaurants in Boracay. Live music is provided in almost all restaurants to attract the crowd. Bars and clubs also abound Boracay. I don’t mind a few choices of restaurants but is it really necessary to turn Boracay into a mini-Manila? On my last visit, it wasn’t this commercialised. The restaurants were there yes and they were all the grill and seafood type. Nevertheless, there’s still an abundance of fresh seafood everywhere in Boracay. 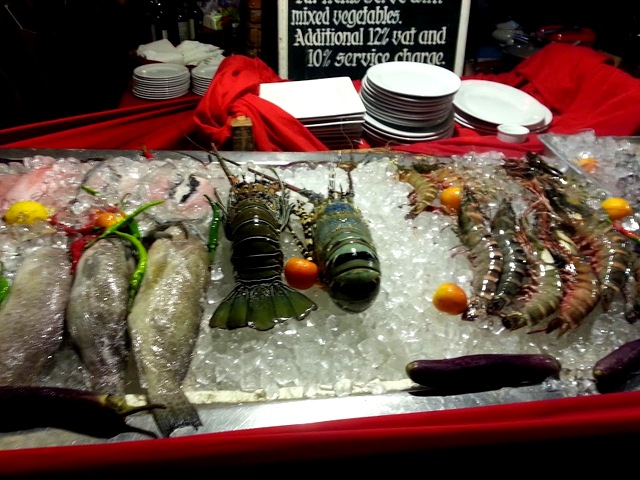 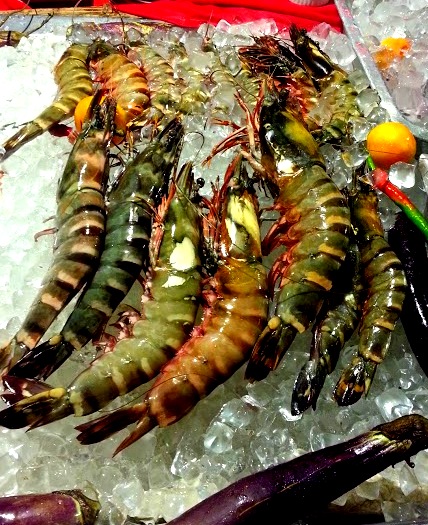 While I complain about the crowds, there’s also an advantage to that. What are the chances of bumping into someone you know in Boracay? LOTS. On our second day, I ran into my highschool friend, who also happened to be staying in the same hotel! Thanks for the serendipitous reunion, Boracay! 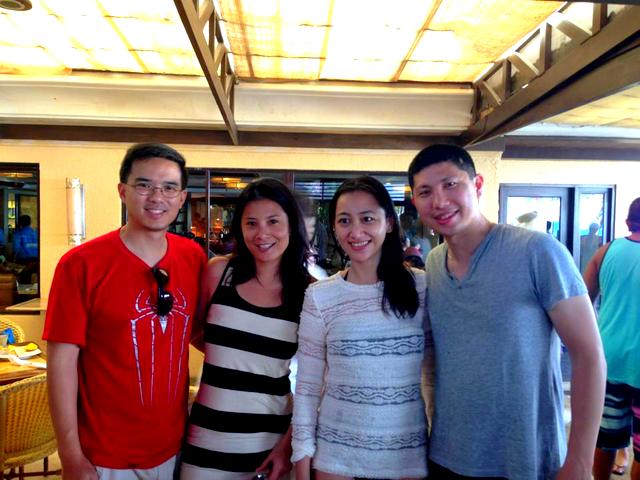 Now let’s get to the conclusion and bottomline of this post:

NO.It once was, but Not at the moment. To me it all boils down to over-commercialisation. It’s a cycle. The more people visit the island, the more commercial it becomes, the more threatened the marine life and quality of water is. Hence why I mentioned that the best time (and in my books, the time it was the best island in the world) was 1997, when it still had much fewer people and the corals were much more alive. I wish to bring back the Boracay I once knew.

Sadly in this reunion, it was the kind that you recongise your old friend very well, she still has her old mannerisms and nuances that you find endearing. But alas, she also now listens to Justin Bieber and K-Pop, dyed her hair blonde because that’s what the popular girls do. And you just leave it at that, and hold on to the better memories of the past. 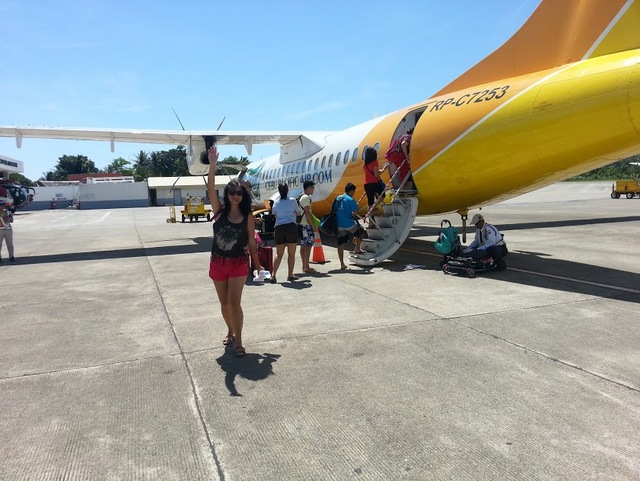 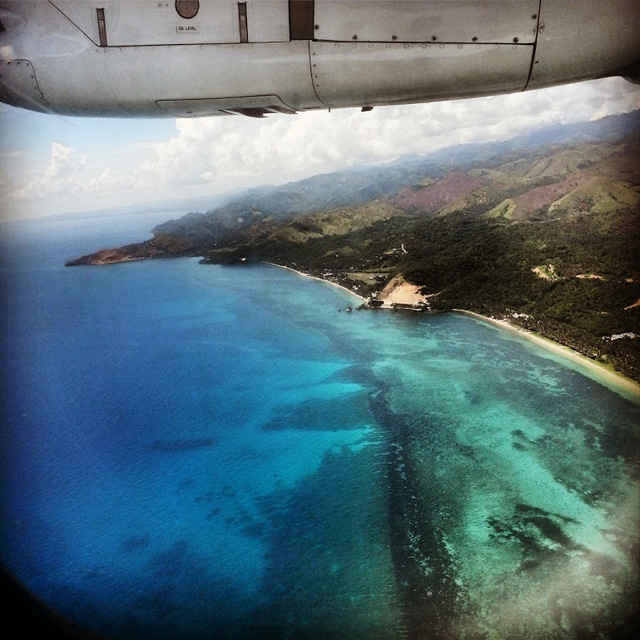 Have you been to Boracay? How did you find it? Have you ever lost a favourite destination to over-crowding or over-commercialisation? Please tell me I’m not alone !