Now that we’ve seen where the fun, young and hip stay in Penang, it’s time to check out where the different kind of travellers / tourists of Penang stay.

The kind of traveller who wants 100% peace, relaxation, and luxury.

Enter the hotel that’s been rated number 1 out of all accommodation in Batu Ferringhi (beach strip), 2013 Traveller’s Choice Winner for Best Service and Luxury (Trip Advisor):

The first thing I noticed upon entering the grounds of the Shangri-la Rasa Sayang, was how open and airy it was. 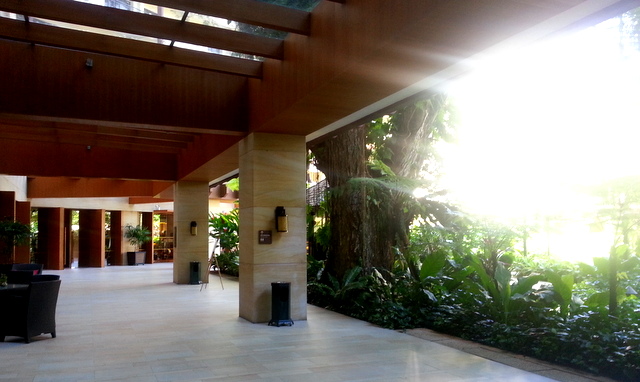 I’m a big fan of open spaces, natural light and wood. So I was thrilled to see that both exterior and interior reflected the same mood.

Heading to the rooms, I was pleased to see one of the most impressive hotel hallways I’ve seen

Not surprisingly, the rooms give you the same relaxing and open ambience:

I love that there’s nothing too fancy or ornate in the theme. Neither is it minimalist. I’d say it’s a classic style that’s done very very well. Understated, yet enough accents to still carry on that same open, earthy vibe. 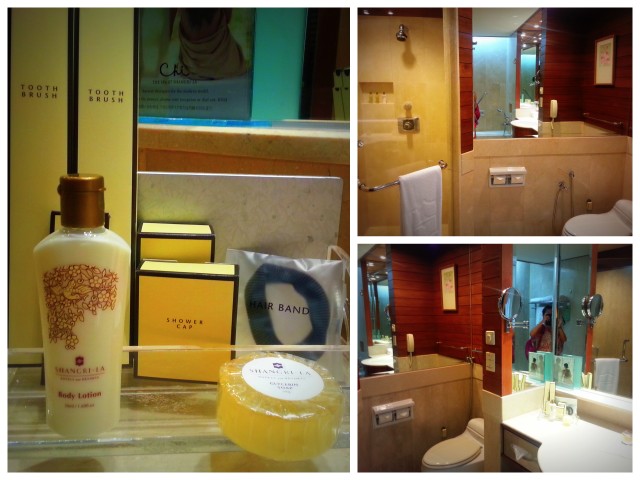 Bathrooms that have a separate shower and bath tub area. Toiletries are home brand (Shangri-la) but complete with even a hair band included- a thoughtful feature as lord knows how many times I’ve forgotten a hair clip/band for when washing my face!

Now the rooms have balconies that open up to the magnificent trademark of the Shangri-la Rasa Sayang: the Lush and Green garden. It’s almost like a rainforest down there!

The gardens and grounds of the Shangri-la Rasa Sayang are hands down it’s best feature. And if I may dare say so, their garden is probably the best maintained I’ve seen in a hotel. 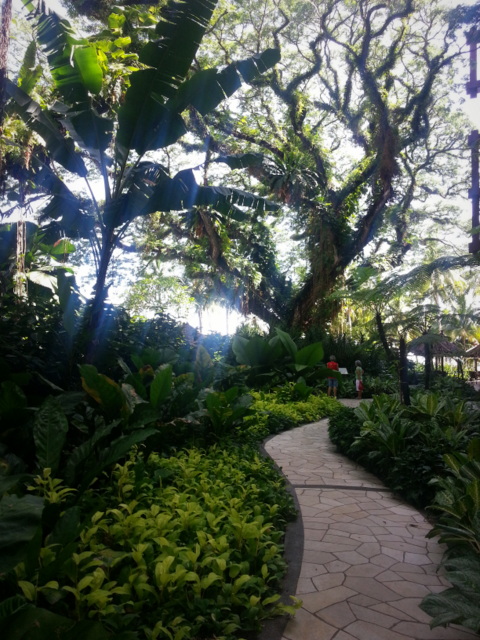 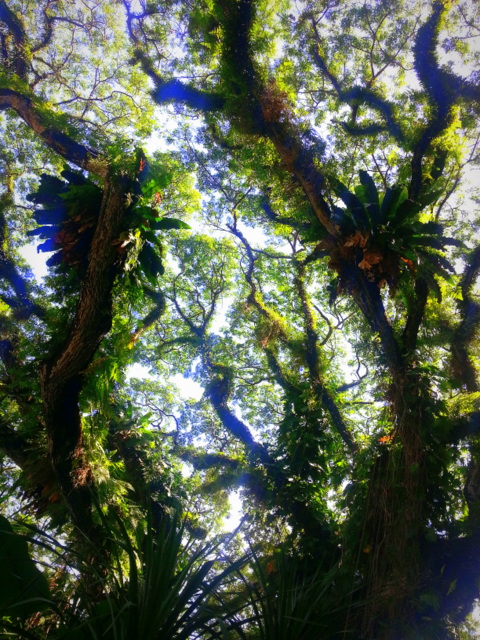 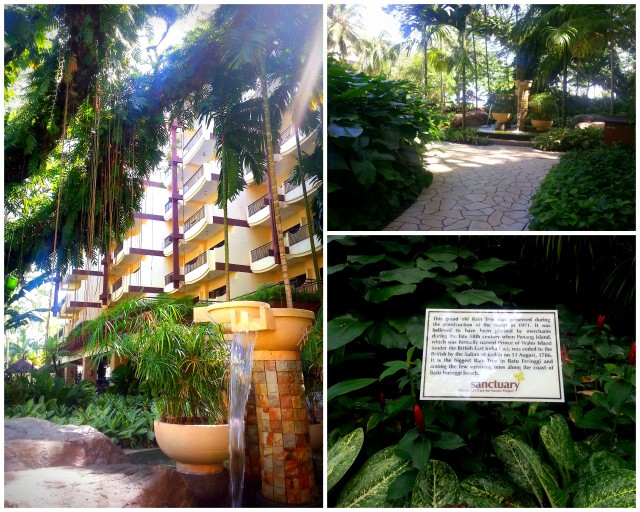 If you’ve ever seen or remember the animation film “Fern Gully”, this reminded me soo much of it! I was so impressed with the lush and almost rainforest-y type of gardens the hotel had, I sat in the gardens in a catatonic state. 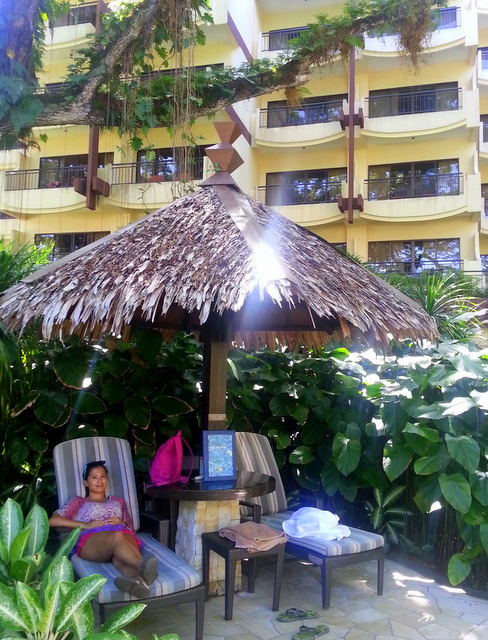 You know what’s amazing though? There were kids around, but somehow because of the wide open space, you could barely hear them.

There is also a beach area just beyond hedges (photo above). However the Shangri-la makes it clear that you are leaving the grounds of Shangri-la once you cross over that path , hence YOYO (you’re on your own!)

The beach is somewhat disappointing with the scattered rubbish on the sand. But there are tons of activities to be done in the area.

BONUS: I loved their common bathroom in the lobby area. 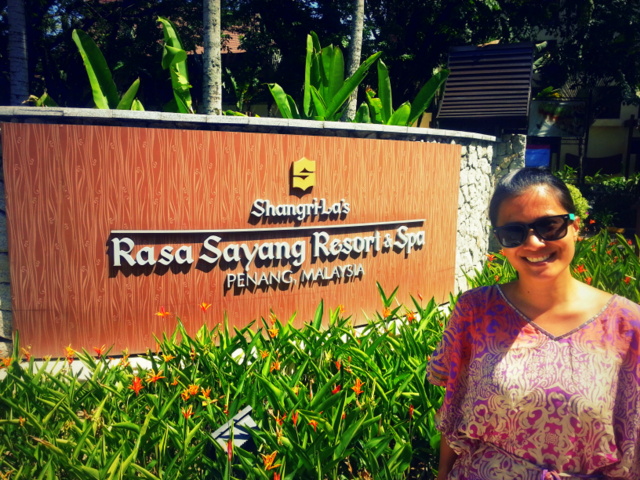 If you’re seeking loud music, partying, clubbing, or a ‘disneyland’ type of resort, this is probably not for you.