I wasn’t convinced that it is food that makes the world go round until we got back from Iceland. I was brimming with tales of adventure! Insanely cold weather! Climbing glaciers! Dog Sledding!

But the number 1 question I get asked about the trip is,

“What’s there to eat in Iceland?”

Well for starters, lots of seafood. And I’m very thrilled about it because I’m a master-lover of seafood! On a regular basis I have seafood almost 90% of the time so this was very comforting to me.

And Icelanders, they love their hotdogs. There were many hotdog stands all over Reykjavik (and I hear on the road too), and Zombie reckons they were one of the most amazing hotdogs he’s had.

Having said that about Icelandic hotdogs though, one of the most startling things I discovered was:

There’s no McDonalds in Iceland.

Yup, you read that right. No Mickey D’s, no Maccas. It’s amazing! The closest ‘junk food’ meal we had was Subway for lunch in between activities.

But here are some of the meals we’ve had while in Iceland. Bear in mind that this wasn’t a food-trip, nor did we go out of our way to explore what Icelandic food is (uhm, except for one dish), so these are what more or less a couple with an ordinary diet would consume on a trip to Iceland.

So I started the list off with my ultimate most favourite meal in Iceland. This plate of magnificent lobsters were had when we went on a caving trip with Arctic Adventures. They are smaller than your usual lobsters but each bite is 60% more succulent than your regular, larger lobsters.

I had this bowl of warm, comforting lobster soup at MAR restaurant for lunch. This lobster soup is unlike other lobster soups or similar seafood chowders I’ve had. It was very sweet. Like chocolate-y sweet. It’s something that takes getting used to but it sure does  a good job in keeping you warm in the freezing weather.

Bacalao (or Bacalhau) is Portuguese for cod. And in a culinary text it is dried and salted cod. What we had in MAR Restaurant was salted indeed but it definitely wasn’t dry.

Ah, not so exotique now. This was for lunch on a not-too-cold day, and I was missing my dose of vege so I had this.

This is my second best favourite meal in Iceland. We had this for lunch at Bunk Bar, a very hip bar and cafe/restaurant in Laugavegur Street, which is the most central street in Reykjavik (where all shops and restaurants are concentrated).

Though it’s called ‘Fish Tacos’ I think ‘Fish Burrito’ would be more apt. Nevertheless, it was amazing and I wish we had time to grab a second fill of it before we left.

It was one of those unbearably cold evenings so we hopped inside a small restaurant which seemed to be very popular because of this soup in a bread bowl. It was served quickly, with only 2 soup choices ( chilli con carne or Indian vegetarian). I had the Indian vegetarian and Zombie had the meat-y soup.

I have to say the soup itself (and bread) was nothing extraordinary but on a cold,  cold night? It’s a hit.

This was one of our last meals in Iceland. We ate at a really queer (like vintage-y kind of strange) restaurant that was in the harbour side. It’s a seafood restaurant where you choose your fish/meat ala market style and they will grill it for you right then and there.

The salmon was good (though on the drier side) and I wish the veggies weren’t grilled as well (they were mush!).

So yes, we had whale meat in Iceland. Once. I didn’t like it but I’m happy to have tried it.

Whaling in Iceland is done sustainably. And prior to arriving, I was undecided about how I felt about whaling in Iceland ( or eating horse and puffin for that matter). We spoke to locals and the best explanation I’ve heard someone say was, “Look, we are a country that does not have a multitude of livestock. We eat what we are blessed abundantly with.” And isn’t this logic the same in almost any other country?

To those who are curious, the best way I can describe whale meat is like, having the consistency of a steak (beef), with the strong taste of tuna.

And to those who would like to visit Iceland but don’t want to have a taste of whale, do look out for ‘whale-friendly’ signs in restaurant doors:

Corny is all over Iceland. It seems to be a brand of granola/snack bar that is so handy to take along because it’s available just about anywhere. I had a couple ready in my daybag whenever we went out on activities and trips during the day.

Now I didn’t try this Oreo but I just saw it in a convenience store. I thought it was befitting that their Oreo was extra ‘snowy’ as well. Not up my alley though. At the best of times, I remove the cream filling in Oreo so the white choc might make me gag.

So this wraps up some of the food we had in Iceland. Bottomline, Iceland is not a place where I would specifically go to for a food trip, however– 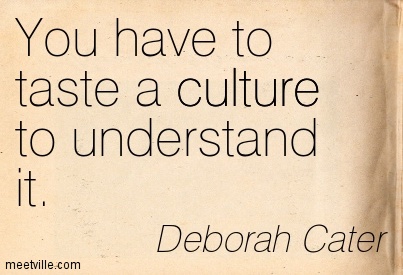 Have you tried any of the above? Which one would you like to try?