I once read a book with the title, “Life Isn’t All Ha Ha Hee Hee”.

I can’t even remember what it’s about. All I vaguely recall is it’s about a Hindu family.

Anyway, the year 2014 to both Zombie and I, is like that bipolar Auntie who spoils you with candies and chocolates and then when you’re having a good laugh and fun is quick to take back the treats and admonish you, “Life isn’t all ha ha hee hee!!”

Ok, I don’t really have or know of any aunts like that but you get my drift (hopefully).

See I even made sure I’m writing this well After 2014. Just to be sure she won’t throw any more last words.

Overall, it’s still been a year that’s so rewarding for me. But also quite challenging towards the end.

Here’s a quick rundown of our nice and crazy 2014

Exactly a year ago, I spent the 1st of January flying from Brisbane to Sydney. I spent New Year’s Eve there and while it’s been fun, I was glad to see Sydney’s coast.

My closest Aunt (no, she isn’t the “Life isn’t all Ha Ha hee hee” kind) comes over to visit. And any excuse for me to head to the Opera House is welcome.

We watched Sydney Symphony Orchestra perform John Williams’ works (he who is the master behind the musical scores of movies like Jurassic Park, Harry Potter, Star Wars, Indiana Jones, just to name a few)

They say a lady never tells her age. Lucky for y’all,  I’ve been called shady more times than a lady, so I’m declaring it. I celebrated a milestone on this birthday because I turned 33 on the 3rd of the 3rd, something that will NEVER ever happen again.

I went on an all-girls’ staycation at Manly Beach for my birthday.

And then the celebration continued with Zombie and me heading to the Maldives. 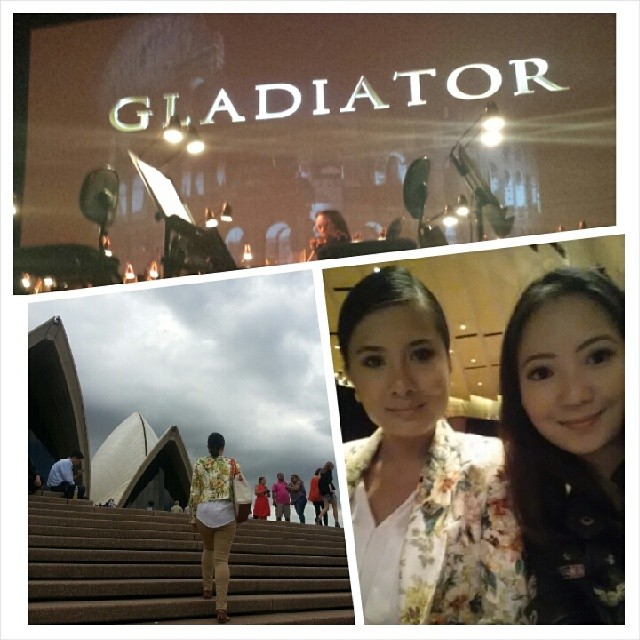 I didn’t really leave Sydney but the milestone was watching the Sydney Symphony Orchestra perform Gladiator (the entire movie soundtrack and musical score) at the Opera House.

Gladiator is a movie that means quite a lot to us so this was a real highlight. 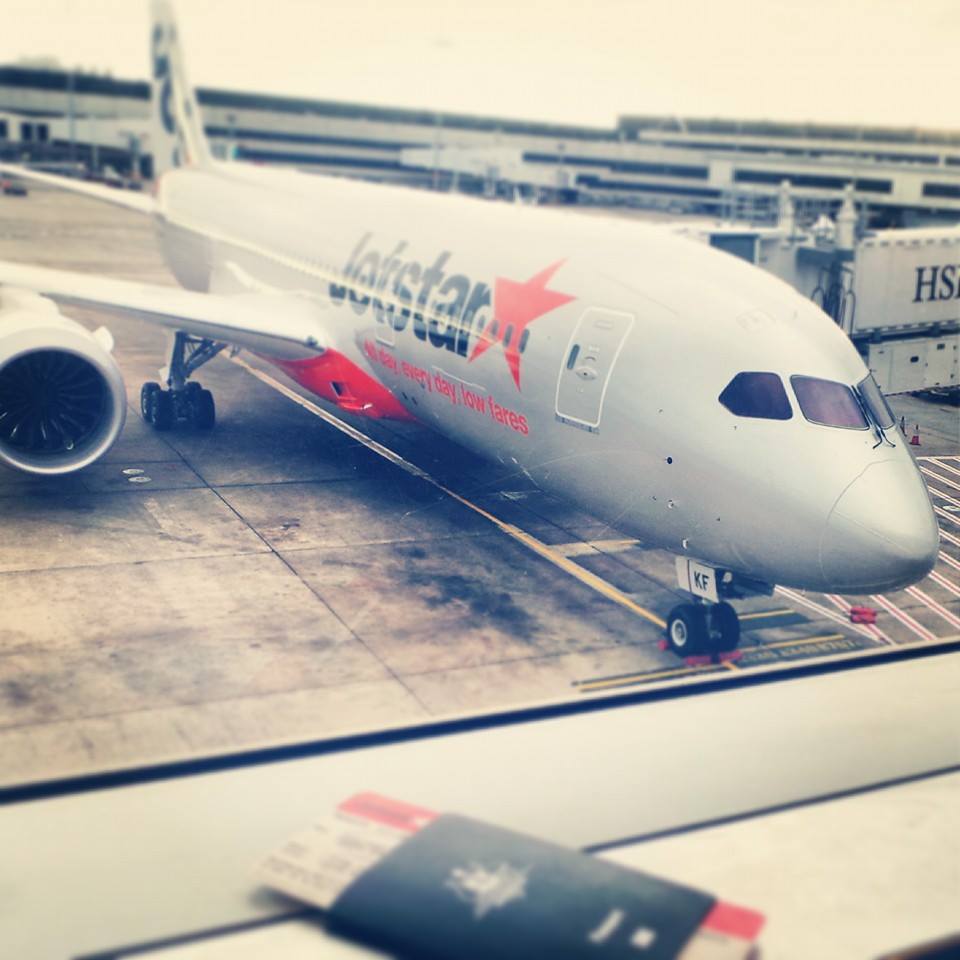 I had a fantastic July , another month of ‘firsts’. I flew to Bali with Jetstar and Boeing, A first for me on all aspects- first time to Bali, first time to take Jetstar on an international flight, and first time on a Boeing Dreamliner! 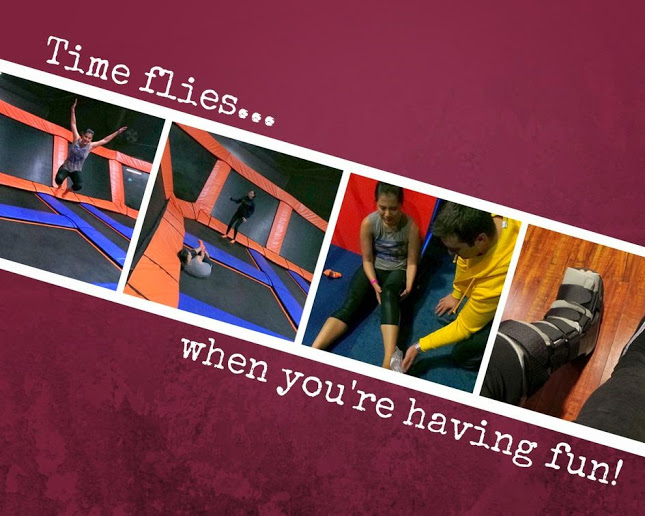 Now here’s when this old cookie crumbled. I had a nasty fall at an indoor trampoline park and badly injured my ankle.

A couple of days later, I flew to Hong Kong and Singapore and limped my way around for a very chilled out 2 week break. 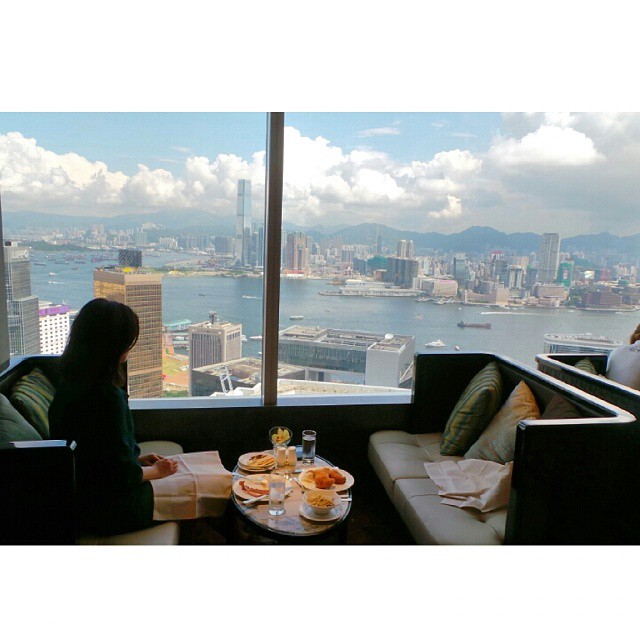 This is the time of big changes, movement, travel and disaster.

The day before I left for Europe, a painter came to do a small paint job to our Sydney apartment. We were getting it ready to be rented out as we were going to move interstate.

A small paint job turned to a horrific disaster when the painter accidentally triggered the kitchen sprinkler. If you’ve ever seen a fire sprinkler activated, you’d know that the word “sprinkler” is a mere suggestion. It’s a Geyser.

In half an hour, our entire apartment was flooded. All our things (furniture, appliance, computers, books) were water damaged. Zombie and I were there when it happened. I can still remember feeling faint, watching in helplessness as our things got soaked, drenched and damaged. It was like having an indoor typhoon.

I won’t go into further details as this issue – the apartment renovation, and some of our things- are still currently being sorted.

Zombie gets husband of the year award for taking care of everything as I had to fly out the next day for Europe.  And despite him arranging everything and getting no sleep juggling everything, he still asked me to regularly send him updates and photos from Europe. Seriously, this guy is my solid rock.

I flew to Italy with my mom and despite the stresses back home, it was a nice reunion. 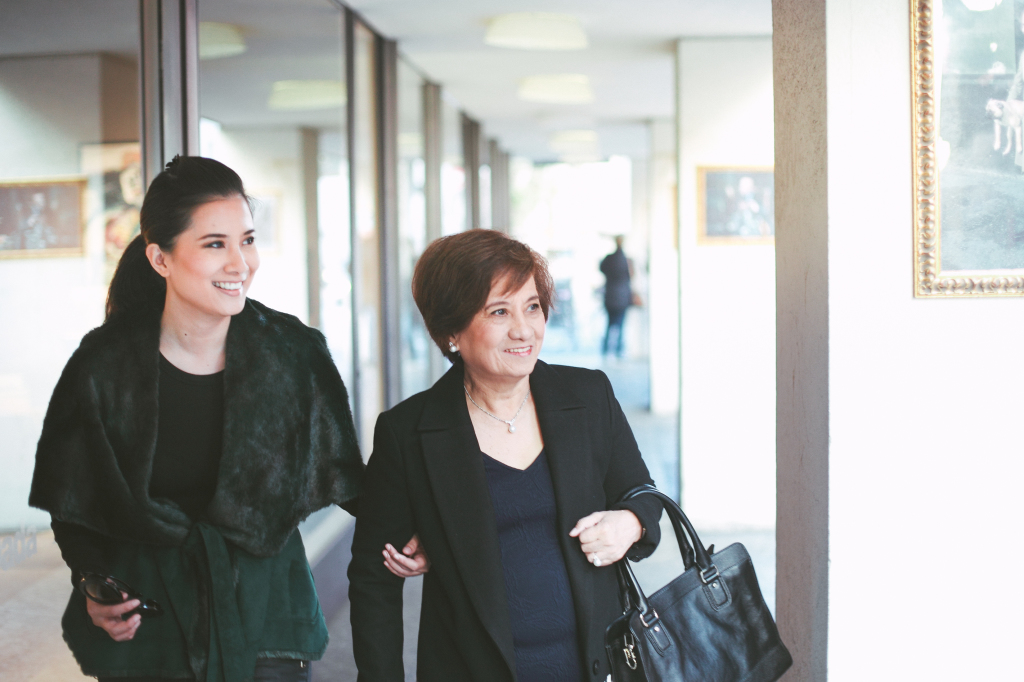 I highly suggest travelling with your parent/s. It was a great way for me to know my mom more (and vice versa I guess!), especially as we’ve always travelled as a family previously, and never just us two. 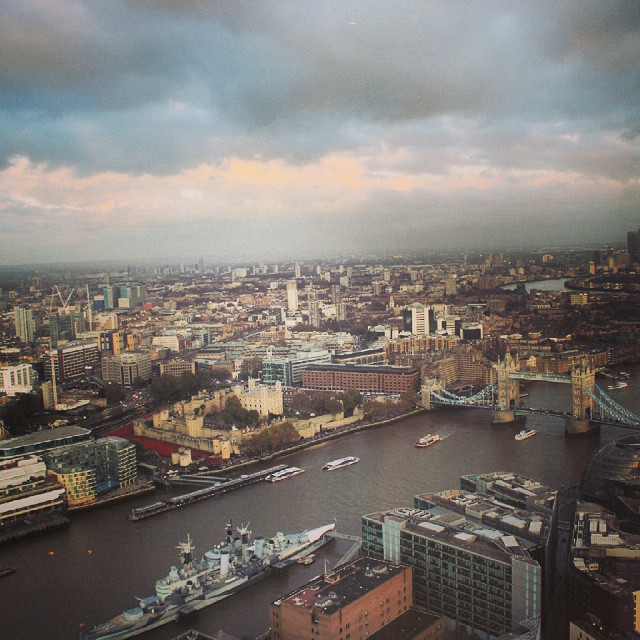 We also flew to London in November, and I’m always grateful when I get the chance to be in London. It’s still my favourite city!

I attended the World Travel Market conference , which was absolutely fantastic. I also had the chance to visit Bath for a weekend break.

When I returned to Sydney, the hotel living continued as by that time, our apartment was all stripped down for renovation.

Another major thing happened in November. I finally made that (calculated) leap:

I’m now travel blogging full-time! I’m in the process of setting up my home office, which I’m sure will be complete by February.

We have also moved back to Canberra. As some of you may know, Zombie’s job requires us to move around Australia and I’m pretty sure we’ll be somewhere else in a few years’ time.

I now divide my time between Canberra and Sydney. I still find myself being in Sydney very often for events and travel, so it’s quite convenient that Sydney is just 3.5 hours away.

It’s been a busy month for blogging events, and travel wise, I went to Sydney for a weekend in Surry Hills 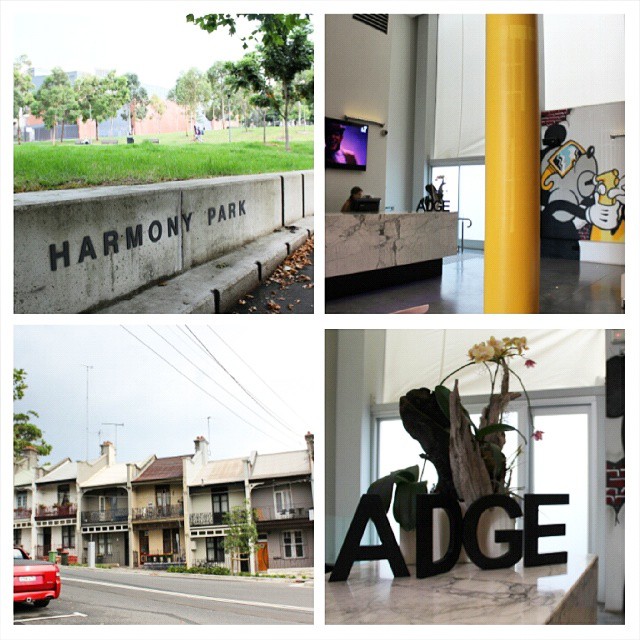 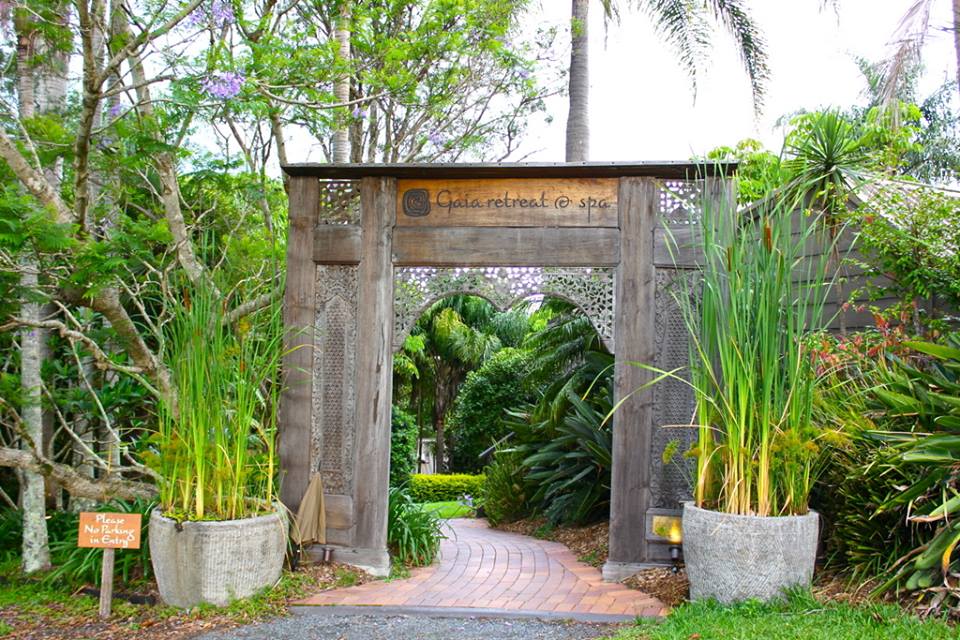 And just as we were gearing ourselves for a laid back and quiet Christmas and New Year’s, Zombie’s grandfather had a health emergency and Zombie flew to Malaysia on Christmas eve.

So you see, 2014 has been a mix of fun and seriousness. Not all is ha ha hee hee, but not all is boo hoo either.

But really, both Zombie and I are singing “So long, farewell auf Wiedersehen , see you never” to 2014 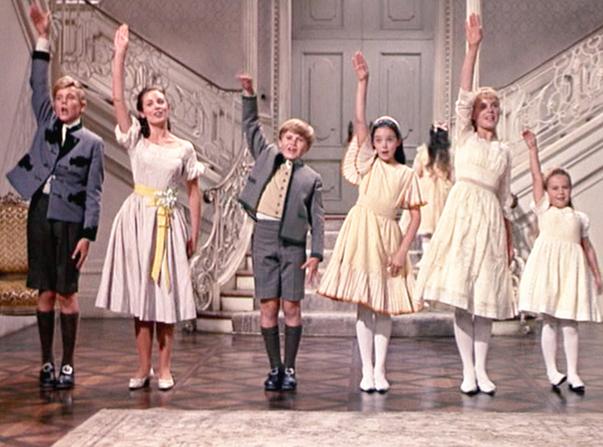 Having said that though, 2014 still has given me very good things.

So I sam still really thankful for 2014 as it’s given me good things. I will focus on the good things, the blessings- which still by far outweigh the bad.

And globally, 2014 has been quite eventful so I absolutely have no right to whinge about my year when all I’ve lost are material things. Things that can be easily replaced. Some people have lost their entire families. It’s been quite a year for aviation accidents. And with 2 other major tragedies that happened in December (the Sydney siege and Air Asia tragedy), it’s taught me to be more grateful. Just waking up alive and healthy is a blessing in itself!

Travel and blog-wise, 2014 has been very good to Holy Smithereens.

In April 2014, Holy Smithereens made it to the list of Top 50 Australian & New Zealand Travel Blogs

In July, I was glad to be one of the Boeing Dreamliner bloggers.

Then in September, The Luxe Insider named Holy Smithereens has one of the top Travel Blogs of 2014.

I was also very honored in November when World Travel Market London selected Holy Smithereens to be one of the top 60 industry bloggers to participate in their Speed Networking event. 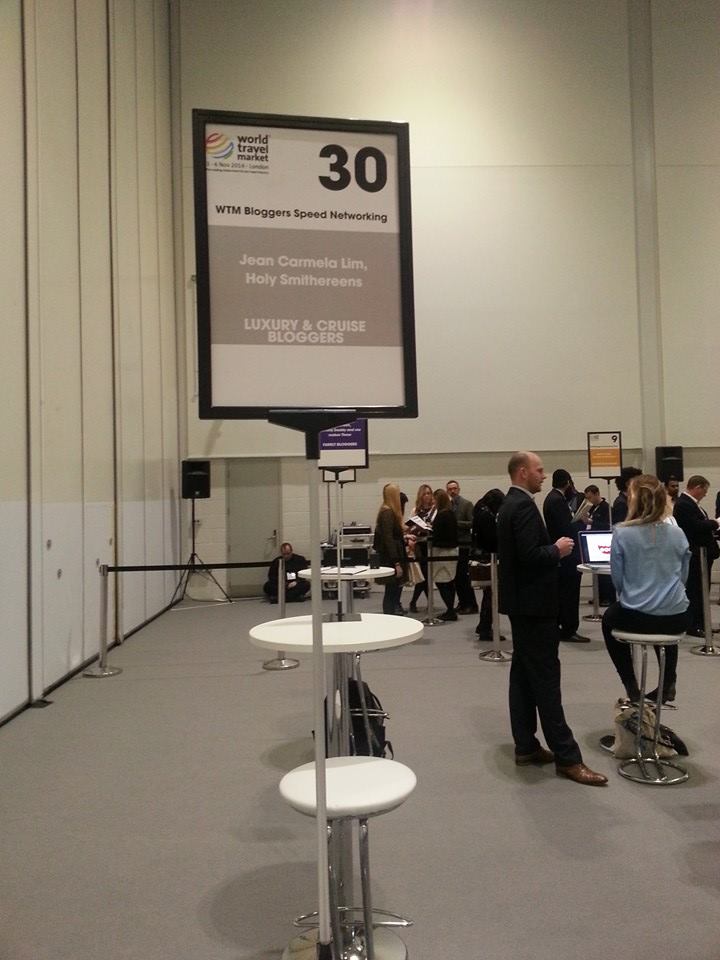 It really feels so rewarding to be recognised and included in these lists and nominations and I’m ever so grateful for all the opportunities and doors that opened in 2014.

Now blog posts-wise, here are the Top 5 Blog Posts that readers loved in 2014.

1.) Tahiti or Maldives? Paradise-seekers worldwide just loved this post so much. This was one of the posts that I really enjoyed writing, so I’m very glad that many find it useful. 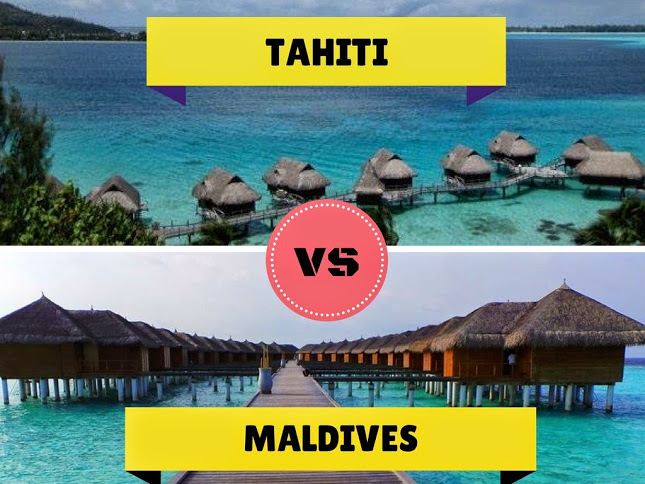 2.) Coming second is my post on Eating and Dining in Tahiti. Eating in Tahiti can be really expensive so it’s good to know what to expect when shelling out a huge amount for meals.

3.) I’m also glad that so many people love a good customer service experience! High on the list is our Singapore Airlines experience on our flight from Hong Kong to Singapore.

4.) There seems to be a lot of people who like a bit of barefoot luxury as my review of Maafushivaru Maldives is also very popular 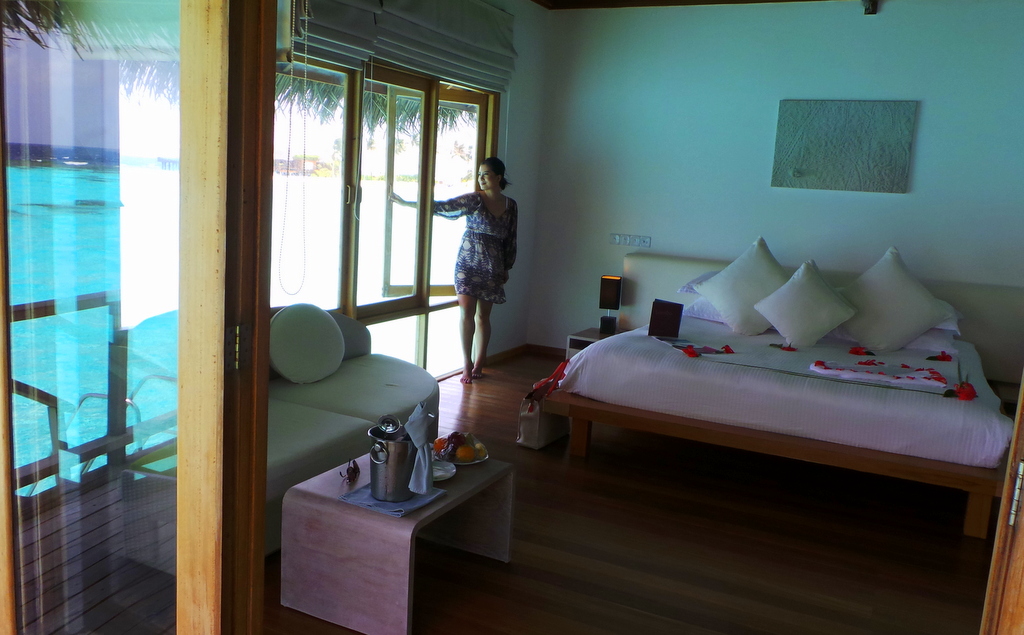 5.) Many are also curious about flying Business Class with Etihad from Abu Dhabi to Dublin 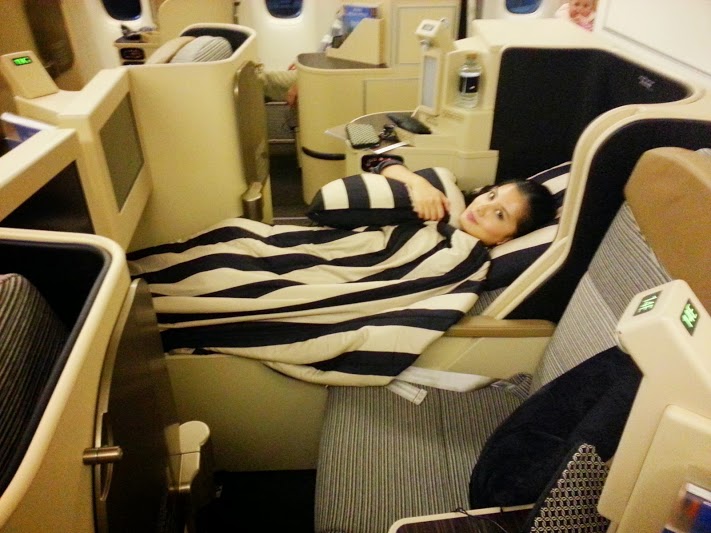 I also love it when readers get in touch with me. This year, I’m so happy that a reader from the USA took the time to email me to say thank you as he had planned a long awaited trip to Tahiti with his lovely wife based on my blogs, itinerary and Moorea and Bora-Bora resort reviews. They are also travelling with their friends from Melbourne, meeting halfway in Tahiti. I am truly excited for their November 2015 Tahiti trip!

I also received emails from couples who have just returned from their honeymoon to thank me for the reviews that they based their travels on.

I was also touched to receive emails from cabin crew and airline / hotel staff to say they appreciate me mentioning their great service on the blog. I am really BIG on customer service and as I’ve worked in the travel industry , I know that this is often a thankless job. People who work in the travel and hospitality business do not enter it for the promise of a huge salary. These are people with passion and love for their job. So when I see people in the industry go the extra mile, I really make it known to the world about the great job they’ve done. This goes a long way more than tips!

I really want to thank you all for following me on my journeys and I wish you all a very joyous and peaceful New Year. 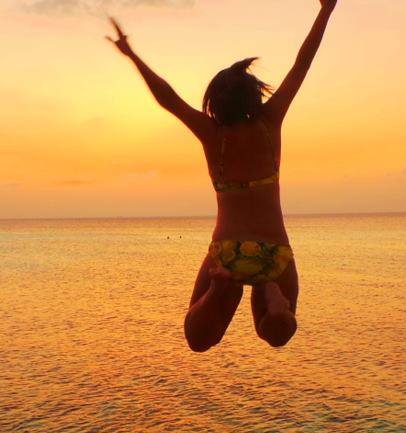