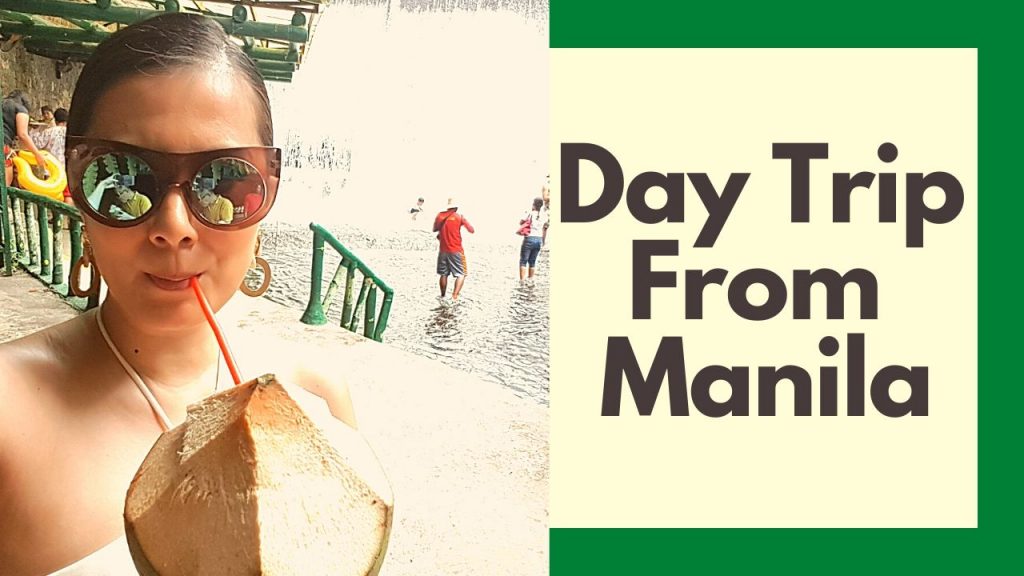 More often than not, Manila as a destination is either a springboard / gateway to the tropical, white sand beaches of the Philippines or a week-long work trip for some people. Many tourists spend 1 or 2 days in Manila before or after their Philippine trip and often indulge in the capital city’s dizzying array of malls and restaurants.

When Viator contacted me to see what activities I can do around Manila, I was thrilled to explore what’s there to see outside of the city. So, I’m happy to say that if you find yourself having a bit of extra time in Manila, it’s not just food and shopping that you can get up to!

Side note: I’ve been using Viator for years now for both my personal and work travels, mainly in Europe. So it’s great to know that they are also now in Asia. Viator is a great tool to explore day tours, trips and activities that you can do within a city.

For Manila alone, Viator has over 200 trips and activities. I chose to get out of Manila for the day and head two hours south.

Villa Escudero is a self-contained coconut plantation. It was founded in the 1880’s by Don Placido Escudero and his wife. In 1981, the Escudero family opened the estate to the public and it’s become a cultural and historical tourist destination.

Villa Escudero is a plantation, hacienda, resort and a historical and cultural destination all in one. Back in the ‘day’ (like 1800’s till 1970’s I suppose), this 800-hectare estate was running as a coconut plantation whereby both owners and workers lived in the area. I don’t know the exact number of workers they had but I imagine it’s big enough for them to run like an autonomous community. They have their own electricity from their hydropower falls, and I even saw their own little fire station. They also have their own chapel which is now turned into a private museum.

Taking photographs and videos are strictly not allowed inside the museum so the above shot was the best I could do. Do not miss this pink chapel when in Villa Escudero. They say that this private museum is one of the biggest in the country. I have not been to many museums in the Philippines, but I don’t need to in order to know that this is probably one of the biggest collections in Australasia at least.  I liken this experience to visiting a quirky uncle’s magical stash of antiques and bric-a-brac, with you not realising that you just opened the closet to Narnia.

I know someone who once worked for the Smithsonian National Museum and visited Villa Escudero and was utterly impressed with the collection in the museum. I have to agree. And while I want to say that I’d like to see the collection housed in a more organised way or in a bigger area, I think the cramped (but not dusty) display adds to the charm.

It was fascinating to see what the Escudero family have amassed in their travels dating as far back from early 1900’s. Now you can thank me later but please do not miss the shrunken head from the Amazon Rainforest. It’s on the second level 🙂

The mode of transportation around Villa Escudero is via a carabao / water buffalo-drawn cart. I saw a few electric buggys too but it looked like they only use it during peak times for shuttling guests here and there.

The carabao rides are accompanied by live music by a couple of villa staff. They serenade you with Filipino folk and traditional songs.

Here’s a video of how my day at Villa Escudero went:

Lunch is included when you visit Villa Escudero. This is probably the highlight of Villa Escudero as lunch is held in their man-made hydroelectric waterfalls.

Lunch consists of traditional Filipino food. Grilled fish, vegetables in coconut milk, barbecued chicken, etc. There’s utensils for those not comfortable eating with their hands. I liked that the food served were healthy (grilled / barbecued, not fried). I’m not sure if it was just that specific day, but I found the food to be a little bland. Nevertheless, it was still a great experience to have lunch by the waterfalls with cool water running through your legs.

I was amazed at how Villa Escudero kept the waterfall grounds algae-free. It wasn’t slippery at all, but staff were very vigilant in assisting and offering a helping hand as guests waded through the water.

There are plenty of things you can do after lunch at Villa Escudero. There’s a lake that’s connected to their Hydroelectric falls and people can go fishing (bamboo rods and bait are sold).

Or you can opt to burn the calories from lunch and go rafting around the lake. It’s a pretty big lake and it can be easy to get caught up rafting around.

There’s a pool for adults and children which was really tempting to jump into as I went there mid-March (this was a week prior to the lockdown) and the weather was hot and humid.

I opted to have Halo-halo, the famous Filipino dessert that did a great job cooling me down that blistering afternoon.

Every afternoon (Fridays – Sundays), there’s a 3PM cultural performance at Villa Escudero. It’s like a crash course in Philippine history and culture through music and dance. The production is quite impressive. They certainly didn’t scrimp on costume, props and music. Live music was provided by a rondalla band (ensemble of stringed instruments).

We later find out that all the performers of the show are actual staff members (and children) of the Villa Escudero plantation.

Overnight stay is available at Villa Escudero, and while I plan to do that one day, this day trip proved to be such a refreshing quick change of scenery from the usual hustle of Manila.

Transport is also included when you book a trip with Viator. They have a private car pick-up from a central point in Manila and will also drop you off back in Manila.

This trip to Villa Escudero also served as an educational and nostalgic getaway. I barely even checked my phone while I was in there. Not because I was too busy, but because I was basking in the experience of living the slow and unhurried life even for just a few hours. Wi-Fi was available but I didn’t even notice.

Thank you, Viator for having me disconnect for the day. It’s exactly what I didn’t realise I badly needed!