I’m not exactly proud of it, but over the last decade, I realised that I’ve attached myself more to places than people. It just made life easier and less complicated because I tend to move around so much.

I’ve been in this ‘game’ for about 15 or so years now. 15 years of working, writing, travelling, not sleeping, fleeing, returning, and leaving. As with the rest of the world, it’s been tough the last few months. But I’ve still kept it together somehow.

Until a couple of days ago. I never thought two words could break a heart, but it turns out they could. 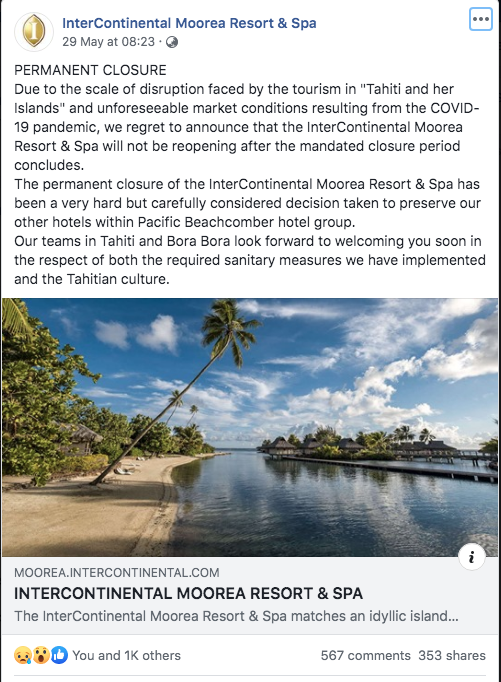 Before you chalk this off as just another closure in the hospitality and tourism industry, allow me to explain why this is personal.

Many, many years ago, I went to Tahiti for a personal trip. I wasn’t even travel blogging/ writing then. Tahiti was a trip one year in the making and saving. First stop was Moorea, where I stayed at the InterContinental.

Through the years, I’ve gushed over and over again how much I love Tahiti. It still is the most amazing place on earth for me. And yes, I still want to live there someday (shout-out to the Universe. PM me!)

Anyway, back to my first Tahiti trip. Yes, I was at the InterContinental Moorea. It was heaven. I’d wake up, have breakfast, then go straight to the water. Some days, I went snorkelling, some days I went to a nearby island. Most days, I forgot about lunch. But I was happy. Happier than a clam in high tide.

My first room at the InterContinental Moorea was a beach bungalow. It wasn’t bad at all.

And then I decided to splurge a little and moved to an overwater bungalow for the next 2-3 nights. This was a decision that I’ve now come to realise, changed my life quite literally.

Now you have to remember, this was an era where there was no Instagram, no Stories, no such thing as an ‘influencer’ of any sort. I was here on a purely personal trip. I’d wake up and think “How can I have fun today?”

One day, this was the shenanigan that I got up to. It was just for sheer fun, and partly to fulfil a fantasy of becoming a stuntman.

I uploaded the video on YouTube for easy sharing to my family and friends. We had a good laugh about it, and I just left it there and continued on to have fun in Moorea and Bora-Bora. 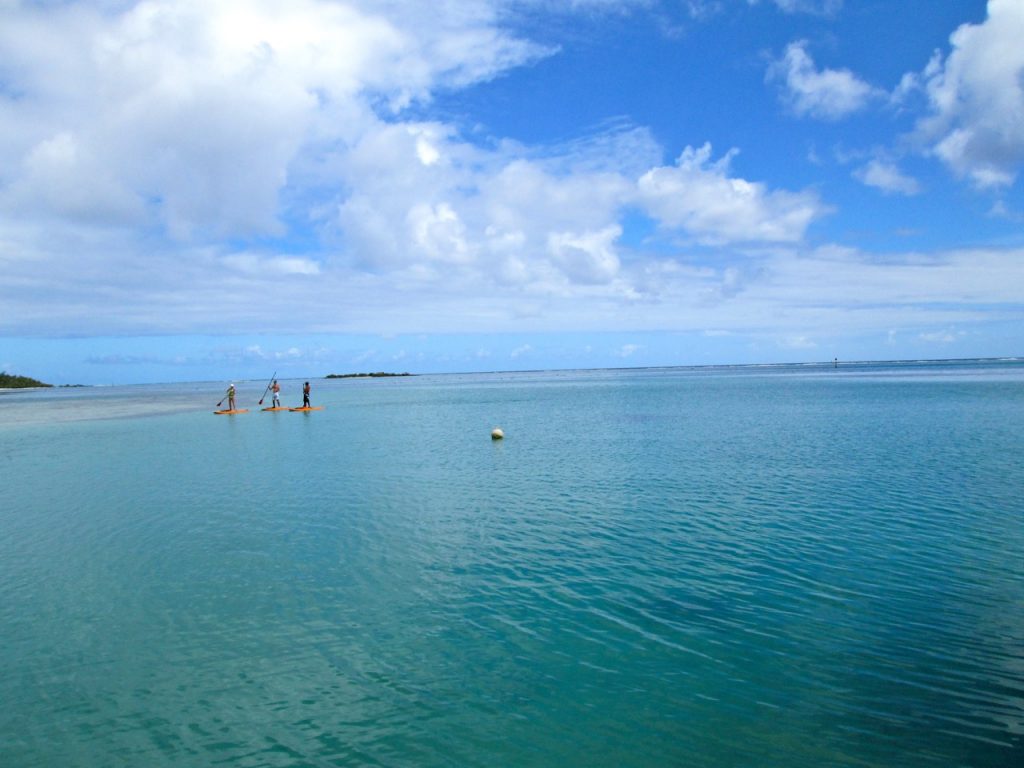 After two weeks in Tahiti, Moorea and Bora-Bora, I flew back to Sydney where work and life continued. A few months later, I received an email from Emirates UK. They loved the video and wanted to work with me to get underwater footage on a couple of their destination cities. It was then that I realised that the jumping video was being viewed beyond friends and family now. (In fact, one viewer who went to InterContinental Moorea on his honeymoon even did a parody of my jumping video 🙂

As you can see from the video, I had to change the music a few times as I didn’t even know about music copyright YT laws. The current music leaves a lot to be desired, but I like that it’s quite telling of the accidental and unintentional start of my Holy Smithereen-ing life. 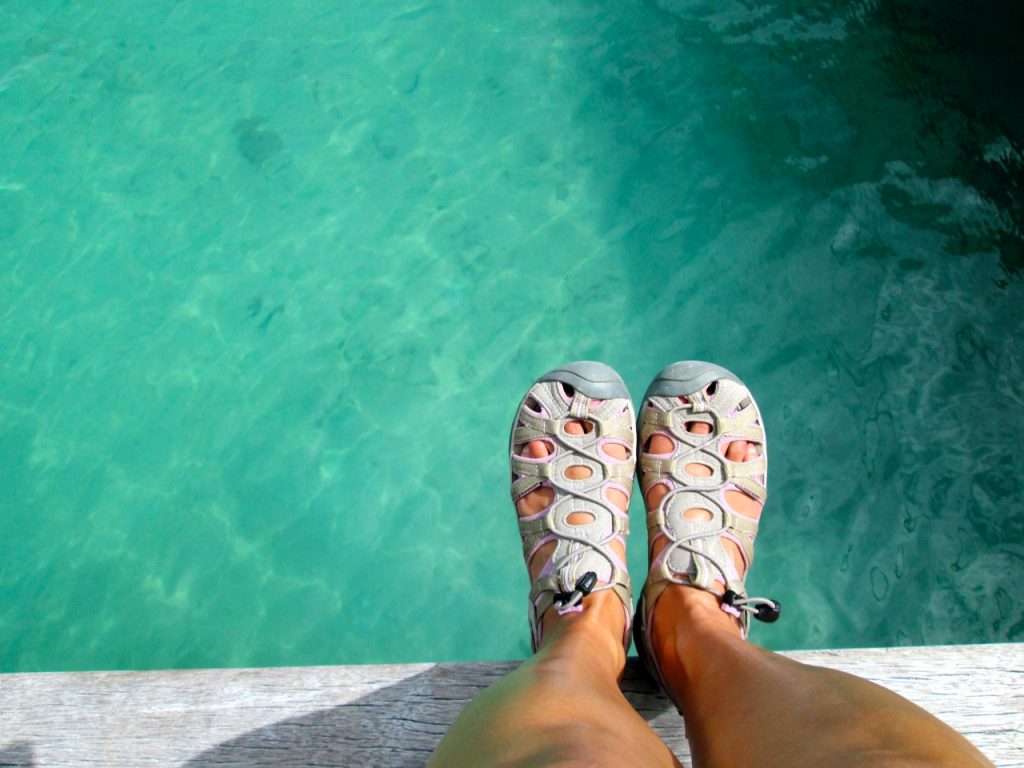 Of course, I took the underwater shoot assignment. More assignments and press trips came, and the next thing I know, it’s been eight years of writing, jumping and travelling. 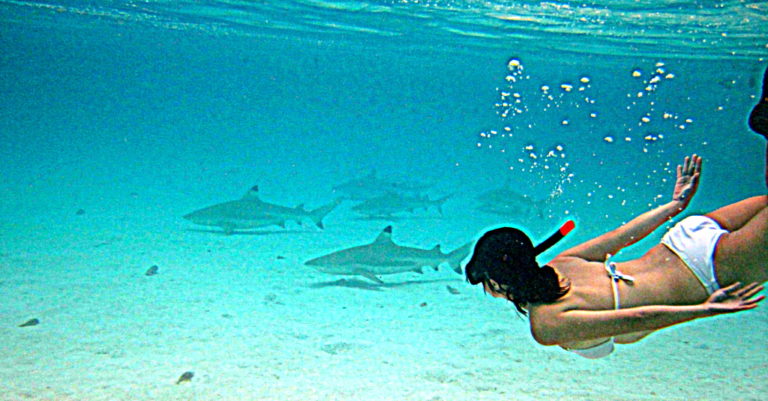 To cut a long story short, it was Tahiti that started it all, and to be more specific — it was that overwater bungalow at the InterContinental Moorea that got me into this. I’d been travelling before that and I was already working in travel but this is the longest travel stint (or career for that matter) that I’ve done. Eight years and counting.

And this is why InterContinental Moorea’s permanent closure is personal for me. Adding to the uncertainty and anxiousness we all feel now, I received this news with a heavy and broken heart. 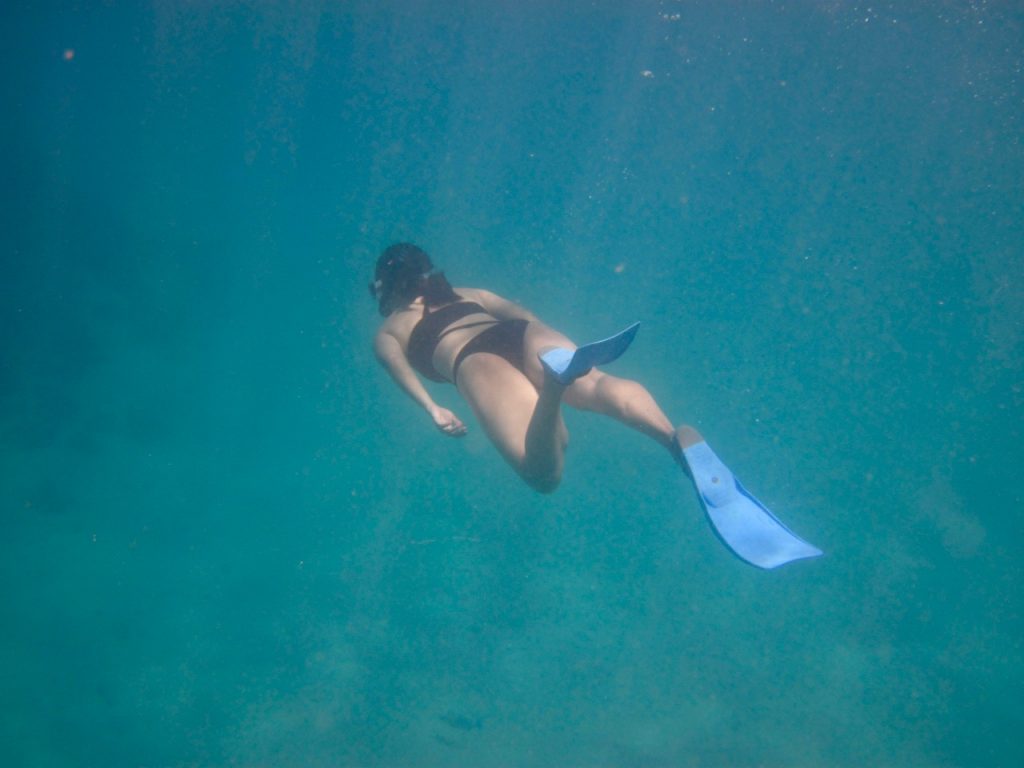 I’d been in an introspective mode the last two days. And I’ve come to learn that as much as the world has prized and glorified travel as “the only thing you buy that makes you richer”(and other insta-famous travel quotes), or as much as I even admit to only attaching myself to places and not people — it’s still not ideal to attach yourself to anything. Be it an idea, a thought, a place, or a job.

And all I can say to InterContinental Moorea is : Thank you. Mauruuru. Mauruuru Roa. Merci Beaucoup.

I was able to visit (more like pass by) InterContinental Moorea for a second time in late 2016. I hope to visit again one day, however and whatever will become of it.