Population densities have made it easy for people to access whatever they need. But these densities amount to a lot of people living in concentrated areas, filled with street lights and tall buildings. And that means that there are fewer instances for people to actually see the stars in the night sky.

The next time you’re planning a vacation, whether it’s just for you or your family, consider picking a location where you might be able to see the Milky Way at night. You’ll be quite thankful for the experience. Here are the top five destinations to get a better view of the night sky.

A trip to Europe could take you to this wonderful reserve in Germany. Established by UNESCO, it is also called the “land of endless horizons.” It’s at the very centre of the reserve where you can see the most stars and the clearest view of the Milky Way ever. You’ll see constellations you’ve only ever heard about, and there are guided star walks so that you can learn more about them.

Consider visiting sanetraveller to see when are the best times to plan a vacation to Germany for this wonderful tour. 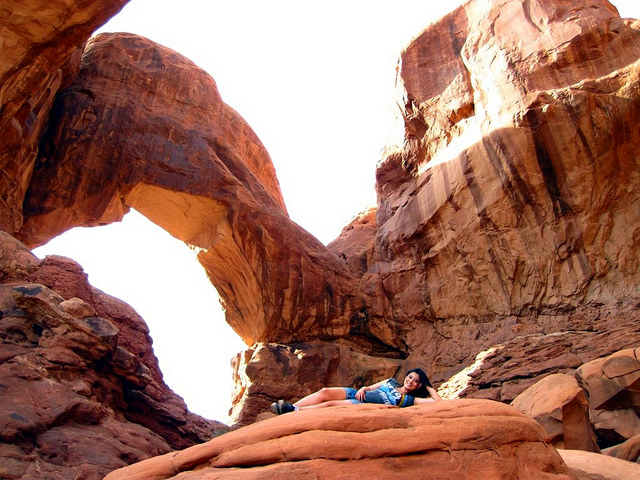 Natural Bridges contains the first International Dark-Sky Park, which is completely free of light pollution. The Milky Way is completely visible, as well as other well-known celestial bodies. Visitors to the park are allowed to drive and/or hike through the canyons and take in the views. They can also camp overnight if they wish, though the canyons are home to coyotes and mountain lions, so precautions should be taken. But otherwise, there’s no reason not to consider this park as the perfect place for your next trip.

Home to the Zselic Starry Sky Park, there is everything and more the curious space explorer could ever dream of. On the clearest of nights, observers have been able to see the Triangulum Galaxy, which is the third largest member of the local group of galaxies, along with the Milky Way and the Andromeda Galaxy.

Visitors can witness full-dome movies in the planetarium, witness the park’s meteorite collection, engage in their guided nightly tours, or look through their telescopes during the day or night.

Canada’s Parc National du Mont-Megantic is a dar-sky reserve that is open to the public. They have access to the ASTROlab Observatory, where visitors can take part in their astronomy nights. Camping is also allowed in the park, and hikers can climb Mont St. Joseph and Mont-Megantic to get even better views of the night sky.

Pic du Midi is where NASA’s scientists examined the surface of the moon before the landing of the Apollo. It’s a mountain reserve that is the home to a UNESCO World Heritage site and also a national park. A cable car is available to take the mountaintop observatory where you can stargaze until the wee hours of the morning.

Getting to see the stars in the sky with the naked eye is a privilege that not many people get during their lifetime. Don’t miss out and plan your next trip to any of these locations before it’s too late.